>If you haven’t decided whether or not to come to the 2010 Creative Nonfiction Conference in Oxford in November, here’s a little incentive: In addition to the fabulous authors heading up the workshops and panels, we’ve got five other industry professionals bringing us their wisdom in the areas of publishing. Two of them—Jeff Kleinman and Gillian MacKenzie—will lead one of the pre-conference workshops, “A Day with Literary Agents (10:00 am-Noon; 2:00-4:00 pm).” As the CNF Conference website says of this workshop:

Renowned literary agents Jeff Kleinman and Gillian MacKenzie will spend a day with participants covering query letters, secrets of nonfiction book proposals, everything you need to know about working with agents and a “Buy this Book” role-playing workshop. Space is limited. 14 openings available (closing fast!) (This is the one I’ll be participating in.)

Here’s a little info (also from the web site) about Jeff and Gillian: 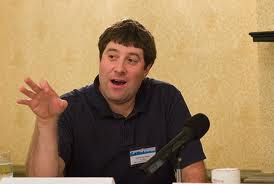 Jeff Kleinman is a literary agent, intellectual property attorney, and founding partner of Folio Literary Management, LLC, a New York literary agency which works with all of the major U.S. publishers (and, through subagents, with most international publishers). He’s a graduate of Case Western Reserve University (J.D.), the University of Chicago (M.A., Italian), and the University of Virginia (B.A. with High Distinction in English). As an agent, Jeff feels privileged to have the chance to learn an incredible variety of new subjects, meet an extraordinary range of people, and feel, at the end of the day, that he’s helped to build something – a wonderful book, perhaps, or an author’s career. His authors include Garth Stein, Robert Hicks, Charles Shields, Bruce Watson, Neil White, and Philip Gerard.

Gillian MacKenzie has spent her career

creating—and helping others create—products for the marketplace. Her agency represents a wide variety of nonfiction writers and thinkers (as well as a select list of children’s and adult fiction author/illustrators), including Nobel-Prize winning geophysicist, Henry Pollack; Stanford Prison Experiment social psychologist, Philip Zimbardo; best-selling author and journalist, Ulrich Boser; and award-winning literary nonfiction writers, Peter Trachtenberg and Ellen Graf; among many others. Before starting her agency in 2005, she was Vice President of Jane Startz Productions, Inc., where she spent over eight years scouting, optioning, and developing books into feature films with major studios. Prior to that, she was a product developer at the Metropolitan Museum of Art, where she conceived of and developed merchandise based on works of art in the collections. She began her career at the literary agency Curtis Brown, Ltd.

In addition, we have three more publishing gurus participating in a panel and pitch fest during the conference:

Stella Connell, previously of Doubleday, Random House, Inc. and G. P. Putnam Sons, founded The Connell Agency in 1998. She has over 15 years experience developing and implementing successful public relations and marketing campaigns for some of the most well-known writers in America today. Connell has been the sole publicist for over 100 books, including many New York Times and regional best-sellers, and has been referred to as “the best book publicist in the United States,” by a major independent bookseller. 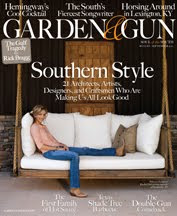 Donna Levine has worked in publishing for twenty-four years. After starting as a puzzle magazine editor for Dell, she was the copy chief at Vogue, the copy editor at Discover, a writer and editor at Restaurant Business, the copy editor at Golf Illustrated, and the managing editor at Waterfront Publishing. Most recently she was the managing editor of Garden & Gun in Charleston, South Carolina. She has recently moved to Oxford, where she continues to work for G&G, now as the freelance copy chief.

Margaret Lovecraft is acquisitions editor for general interest and regional trade books at LSU Press. During her years in book publishing, she has also worked as an editorial assistant, copyeditor, advertising manager, publicist, and marketing manager.

You can read about the 2008 Creative Nonfiction Conference (with photos) here.

Watch for future posts about the authors on the faculty, coming soon!