>Good morning! I’ve got a treat that will get your mind off the weather for a little while. What a joy to meet best-selling short story author John Floyd at the Mississippi Writers Guild’s first annual conference in Raymond, Mississippi the weekend of August 3-4! John was one of 6 faculty members for the conference, and I was blessed by him in at least four ways on those two days:

1. He was the author assigned to critique one of my short stories, which I’ve already edited, with his help, and sent off in hopes of finding a home in one of several literary publications.
2. Before the workshop, I purchased and downloaded two of his Amazon Shorts, “The Willisburg Stage” and “Appearances” and read them both in order to get a sense of his style. They were both great! I’ve already ordered another, “Midnight,” and of course I purchased his book while we were at Pentimento bookstore in Clinton during the conference.
3. John led one of the workshops I attended at the conference, on “Writing Short Fiction,” and boy, did he pack a lot into one hour!
4. We ended up sitting across the table from each other at the final dinner at Scrooge’s in Jackson on Saturday night, sharing lots of laughs as we wound down from an intense conference. 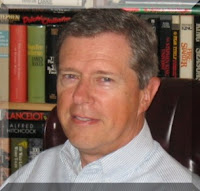 So … I thought I’d do a brief interview with John for today’s post, but first, a little bio:

John M. Floyd (of Brandon, Mississippi) is the author of more than 500 short stories and fillers in publications like The Strand Magazine, Grit, Woman’s World, and Alfred Hitchcock’s Mystery Magazine. A former Air Force captain and IBM systems engineer, he has been nominated three times for the Pushcart Prize, and several of his stories are featured on Amazon Shorts. (btw, you can read this same good stuff at http://www.dogwoodpress.com/) 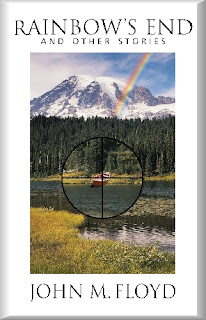 Rainbow’s End and Other Stories was published by Dogwood Press in 2006. It’s filled with thirty stories and has a little something for everyone―adventure, romance, mystery, and comedy. And now, a few questions for John:

SC: I’m wondering when and how and why an engineer got started writing short stories?

JF: That’s a good question. My first answer would be that it actually makes sense, because you have to be a little crazy to do either one. But the truth is, I got started writing fiction when I was traveling a lot with IBM, and spending so much time alone in airports, hotels, etc. I just found that dreaming up stories was a good way to pass the time. (Besides which, I worked with some pretty odd characters now and then, and they usually wound up in my stories.)

SC: You also teach a writing class at Millsaps College in Jackson, Mississippi, right? How long have you been teaching and how did you get involved, what’s it like and so forth?

JF: Yep, I’ve been teaching writing courses in the Adult Enrichment Program at Millsaps for six years now. I got started when novelist Jim Fraiser, who used to teach there, talked me into it. It’s actually great fun for me, and I’ve met some interesting folks. My former students include physicians, lawyers, cops, professors, bankers, published authors, accountants, judges, psychologists, journalists, truckers, artists, programmers, ministers, TV anchors, chefs, nuns, and many more. How’s that for a cross-section?

SC: Any advice to aspiring short story authors?
JF: My advice to any aspiring author would be this: Don’t get discouraged. All writers get rejections, and the trick is to not let them get you down. A quote I like is that “a professional writer is just an amateur writer who didn’t give up,” and there’s a lot of truth to that. I once heard it said another way, too: Writers have a high attrition rate—so don’t attrit.

Thanks, John! I’m treating myself to one short story a day from Rainbow’s End … loved “Creativity” yestersday … today? Hmmmm, I think I’ll read “One Less Thing.”