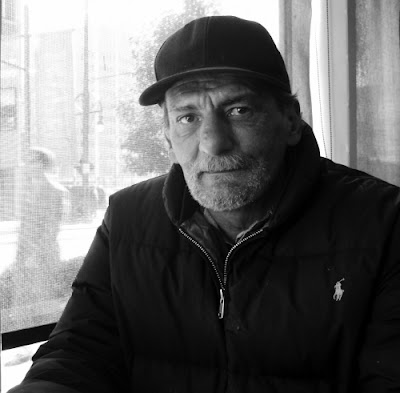 I’ve been in Denver for almost three weeks now, and one thing I’ve been struck by (compared to Memphis) is the different voice the homeless seem to have here. Living in midtown Memphis for almost 24 years has offered me many opportunities to serve the homeless, including the ones who have knocked on our doors over the years. And when you walk around downtown Memphis, the dozens of homeless people ramble around, waiting in lines for shelters and soup kitchens to open, begging for alms, aimlessly, for the most part.

So, the first day I walked around downtown Denver, I was approached by a fairly nicely dressed man who introduced himself and began to tell me his story. An ex-Marine down on his luck, etc. Another day another nicely dressed man walked along beside me in Larimer Square, surrounded by chic restaurants, bars and shops, and clearly articulated his plight.

I know that these people could be lying and making a lot of money pan-handling, but that’s not my problem—that’s between them and God. I always give a little something to anyone who asks, because no one really knows how hard their life is, and a little grace and compassion can go a long way.

One day last week I was walking on the 16th Street pedestrian mall, when I noticed a man holding some newspapers in his hands—with the front page face out—so everyone could see he was selling them. I approached and asked what the paper was.

I bought one ($2) and took it with me to a nearby Starbucks. When I opened the paper up, I found a profile of Steve Sloboda, one of The Voice’s street vendors, inside. His story of caregiving for his dying mother, working to get his commercial truck driver’s license, and now working four days a week delivering food to local Denver grocery stores while continuing to be a vendor for The Voice is inspiring. (That’s Steve, in the photo above.) 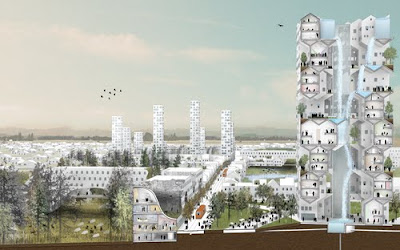 : “Foreclosed: Rehousing the American Dream.” A group of the nation’s best architects, urban planners, ecologists, engineers and landscape designers were asked to come up with ideas for reimagining the way towns might look in the future. When my daughter was in graduate school in architecture at the University of Tennessee, I remember her sharing similar ideas with me… and specifically ideas for eliminating homelessness in the U.S.

As I look out from my 21st-floor condo balcony at this beautiful city with the gorgeous mountains in the background, I’m so thankful for my “home away from home” as well as my lovely home back in Memphis, and I admire folks like Steve Slobota who are working hard to find a home of their own. Kudos to The Voice and others who are helping them.

I’d love to hear about what’s happening in your city to help the homeless, or your visions on a larger scale if you have them. Please leave a comment here or on my link on Facebook.