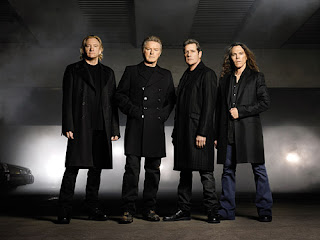 The Eagles “Long Road Out of Eden Tour” stopped in Memphis last night, and my husband (Eagles fan from the beginning, 1971, the year after we were married) got us tickets a couple of weeks ago. They opened with “How Long” and closed with my favorite, “Desperado.” (Don Henley’s voice seems to have only gotten richer with age.) They were wonderful! 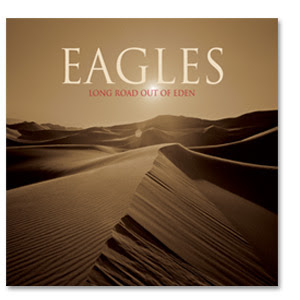 My husband has their new CD (first one in 28 years!) on his iPod and loves to run to “How Long.” The three and a half hours between these two songs were filled with hit after hit, solos, duets, and songs by the four lead members of the group, but also music featuring their incredible band, with several keyboard players, drummers, and guitar and bass players and a horn group that could stand on its own. We were awed by their talent and encouraged by their longevity. (They introduced the concert as their “Assisted Living Tour,” which brought down the house of thousands of Baby Boomers like us.) Although our seats were in the nosebleed section and to the side of the stage, after intermission we moved behind the huge screen to get a closer look at their expressions. Once we got used to the fact that they weren’t left-handed, the view was great.

You can read a review from their concert in Dallas on Saturday night, here.

And now for a cheesy transition to the “assisted writing” part of today’s post—I just read a great craft article on Brevity. It’s called “On Bridging the Distance Between Therapist and Theorist”. I’m always looking for ways to hone my craft (creative nonfiction) and improve my essays, and of course to sharpen my skills as I continue my memoir-in-progress. Barrie Jean Borich, in this article, examines the task of the personal essay and memoir writer to bridge the gap between experience itself (this is non-fiction—you can’t make stuff up) and the work of art we are trying to create. See, the difference between creative nonfiction and journalistic reporting is the creative part—it strives to be literary:

“Most literary nonfiction, if it is more than well-written exposé, and even when it reads like narrative fiction, has a charge closer to that of lyric poetry. The aim of much literary nonfiction is to get at, through words, those qualities of actual living that language is not fully equipped to convey….When we say, for instance, that literary memoir both shows and tells, we mean that the lyric discovery of the telling is as much the arc of the composition as the drama of the story itself. The bridge between our worlds and our sentences is what causes these oppositions to become one made literary entity.”

This continues to be my challenge—to create a literary entity and not just “report” the incidents in my memoir. Why is it so much harder to create a literary work from real life than from a fictional story? Or at least I’m finding it hard. But I’m also well aware that not all fiction writers are literary, and I can enjoy a good piece of commercial fiction if the plot grabs me.

I just finished reading an excellent work of literary fiction (Waiting for April by Scott Morris—which I’ll review in another post)… a novel full of lyric grace and rich language and colorful metaphors throughout. The story line was interesting, but the plot wasn’t what carried me so much as the writing itself—it was beautiful.

By contrast, I’m reading another novel (The Doctor’s Daughter by Hilma Wolitzer) that has hooked me with its plot and keeps me turning pages with its pacing, but the 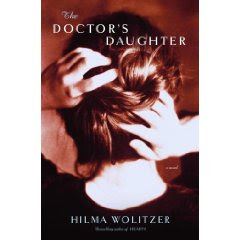 writing doesn’t strike me as literary. In fact, it reads much more like journalistic writing, and I have to keep reminding myself that it’s fiction.

The reason I mention both of these books here when I’m writing about the craft of writing, is that I could get really depressed if I compare my writing skills with those of Scott Morris, or I can take encouragement from the fact that The Doctor’s Daughter received these blurbs (among others) by writers I admire for their literary skills:

“The Doctor’s Daughter is her masterpiece.”—Gail Godwin

“This is a lovely novel—wonderfully well written, intelligent, perceptive, and rich.”—Elizabeth Berg

So, if Godwin and Berg (and others) think the writing is so good in The Doctor’s Daughter and it doesn’t strike me that way, maybe there’s hope for my own work. And maybe the beauty of literature, like all art, is truly in the eye of the beholder. Or, in the case of the Eagles, the listeners. The thousands of fans who packed Fed Ex Forum to hear them last night probably just sat back and enjoyed the show, and didn’t try to figure out what made it art. Or maybe, like me, they couldn’t help but unpack the lyrics and take in the emotional journey behind these musicians’ “Long Road Out of Eden.” All I know is that we stood there at the end, wishing for one more encore. Now that’s good art.

1 thought on “>Assisted Living … and Writing”