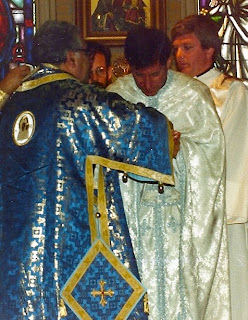 During the weekend of March 13-14, 1987, my family was received into the Orthodox Church, along with our friends at St. Peter in Jackson, Mississippi, and St. John in Memphis. It had been a seventeen-year journey for my husband and me, culminating in his ordination into the priesthood 23 years ago today. (You can read the history of this movement in Becoming Orthodox, by Father Peter Gillquest.)

As Bishop Antoun held up “Father Bill’s” priestly vestments, the congregation called out, “Axios! He is worthy!” And then he was robed. 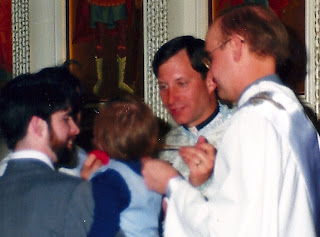 Father Bill (who later took the name “Father Basil,” with Saint Basil as his patron) served communion for the first time that Sunday, assisted by the newly ordained Deacon Charles McKelroy, who also serves here at St. John in Memphis. The ceremonies were held at St. George Antiochian Orthodox Church in Vicksburg, Mississippi, the oldest parish in our archdiocese. 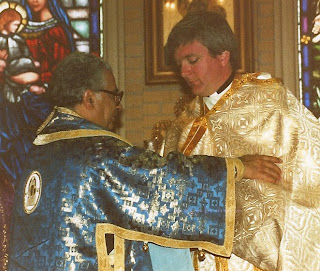 Among the other clergy ordained that day was our pastor and dear friend, Father John Troy Mashburn.

Again the shout went up, “Axios! He is worthy!”

We celebrated all weekend. A year later my family began making plans to move to Memphis, where my husband has served as Associate Pastor at St. John since 1988. 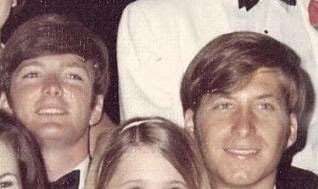 Who knew, back in the 1960s when “Bill and Troy” were fraternity brothers at Ole Miss, that they would end up serving in the priesthood of the Orthodox Church together so many years later! 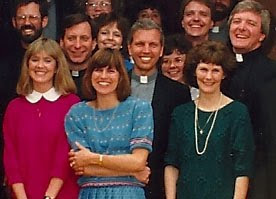 What a journey it’s been. Last weekend we celebrated Father John Troy’s 60th birthday (and my 59th) and shared an evening of looking back and looking forward with Father John Troy and Pamela. We talked a lot about our 7 children and 7 grandchildren (combined) and their busy lives as they are being lived out in 6 states right now. 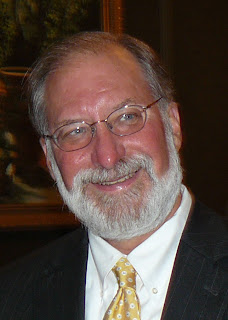 Father Basil won’t be celebrating the Liturgy at St. John this morning. He’s wearing his “other hat” today. Dr. William Cushman is speaking at the American College of Cardiology’s 59th annual scientific session (in Atlanta) at 8:00 a.m., announcing the results of the ACCORD blood pressure and lipid clinical trials just as his article on the same is published online by the New England Journal of Medicine. (The article will also appear in the April 29, 2010, NEJM print edition.)

I rarely write about my husband on my blog, but today I’m mighty proud of this man and all that he’s accomplished in the forty-two years I’ve known him. He’s been a physician for 36 years and a priest for 23 years. We will celebrate our 40th wedding anniversary in June. If I was in Atlanta watching him speak this morning, I’d be tempted to shout, “Axios! He is worthy!”

[“A Sinner’s Lenten Alphabet” will continue on Monday.]