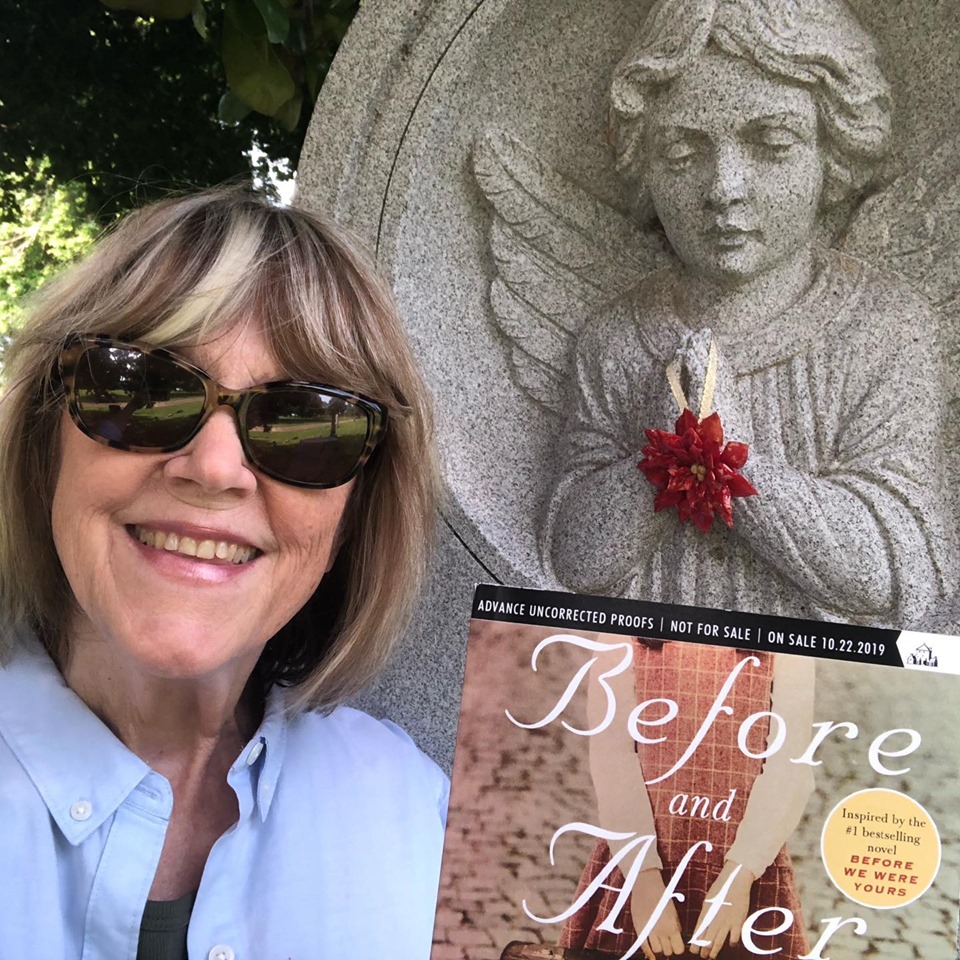 What a joy to receive an advance readers copy of Judy Christie and Lisa Wingate’s incredible new book Before and After. I had read Lisa’s novel Before We Were Yours (my favorite book of 2017, which I reviewed here) and was so excited to hear that she and Judy were working on a nonfiction book to tell the real-life stories of the now-grown orphans who survived the horrific ordeal at the Tennessee Children’s Home Society right here in Memphis, where I live.

Before I give some reflections on the book, I’ll mention that the photographs in this post were all taken by me when I visited Elmwood Cemetery, just ten minutes from my house near downtown Memphis, to pay homage to the 19 children (out of possibly over 500) who died while under the “care” of Georgia Tann and the Tennessee Children’s Home Society between the 1920s and 1950, when Tann died and the home closed.

When Judy Christie first read Wingate’s novel, her response was: “The novel exposes a chilling piece of history that I knew nothing about. I grew up in the South, was the editor of a daily newspaper in West Tennessee, and married a Jackson, Tennessee, native. How had I never heard of this?” I had a similar response to the novel, since I’ve lived in Memphis since 1988, have three adopted children, and our current home is about two blocks from the Mississippi River, which was the site of one of the important scenes in the book. It was the book I wished I had written, although I don’t have Wingate’s writing chops. And now she and Christie have joined forces for the non-fiction sequel, which is amazing.

A theme I found interesting throughout the book was the long-term effects on the children who were taken from their birth parents–often illegally–and sold to wealthier families. Many stated a sort of ambivalence about what happened to them, especially the ones who ended up in situations that were probably better than what they would have experienced in their birth homes. As one of the adoptees Christie interviewed shared: “I think I was very lucky to be adopted. If I had stayed in that family, I don’t think I would have turned out okay.” Christie added, “… I’ve learned that an ambivalence runs deep within many TCHS adoptees. For all the pain of the circumstances of their adoptions, they have processed enough about their backgrounds to know that if they had not been adopted, they would most likely have lived with other kinds of heartache.”

As I read those words, I thought about our three now-grown adopted children. I like to hope that the family we gave them was better than the environment they would have grown up in, but as an adoptive parent I often hurt for what they lost when they were given up by their birth mothers. As one of the adoptees shared at the reunion Wingate and Christie helped organize for them: “When you’re adopted, you come into the world with loss. . . . Being adopted does affect you. . . . Mother loss . . . it’s big-time stuff.”

Another adoptee, “Connie” says that she and other TCHS survivors “share so many emotions: the sense of never fitting in, the need to achieve, the need to prove ourselves, the fear of being abandoned.” “Helen,” on reading her adoption records, “does not see a desperate unwed mother. She feels instead a surge of hurt that her birth other did not find a way to keep her. Until the end of her life at age sixty-five, Helen remains angry about what happened to her as a baby.” Her daughter “Sandra” says, “it imprinted on her and absolutely injured her, and it scarred her for life. She passed that on to her kids.”

“Martie,” an adoptee who enjoys her own children and many friends at the retirement home where she lives now, tells Christie , “I’ve always been self-conscious about my looks. I do think it’s because deep in my mind I think, ‘My mother gave me away’ . . . . Even though I understand why she gave me away–I don’t blame her–but I don’t see how she could do it. I’ve never come to terms with it, even now. It hurts to know she gave me up. How could anyone give away their baby?” Another common thread throughout the book is the sadness many adoptees expressed because of not having any siblings in their adoptive families. Some of them have found their birth siblings, which has brought them much joy. I loved reading their stories!

Follow Wingate’s book tour on her website, here. Not listed yet are two events in Memphis at which she will be joined by Christie: October 25 at 3 p.m. at Kirby Pines Lifecare Community’s “Book Baggers” book club meeting, and October 26 at the Benjamin L. Hooks Central Library at 3 p.m., sponsored by Novel bookstore.

1 thought on “Before and After: A book review”