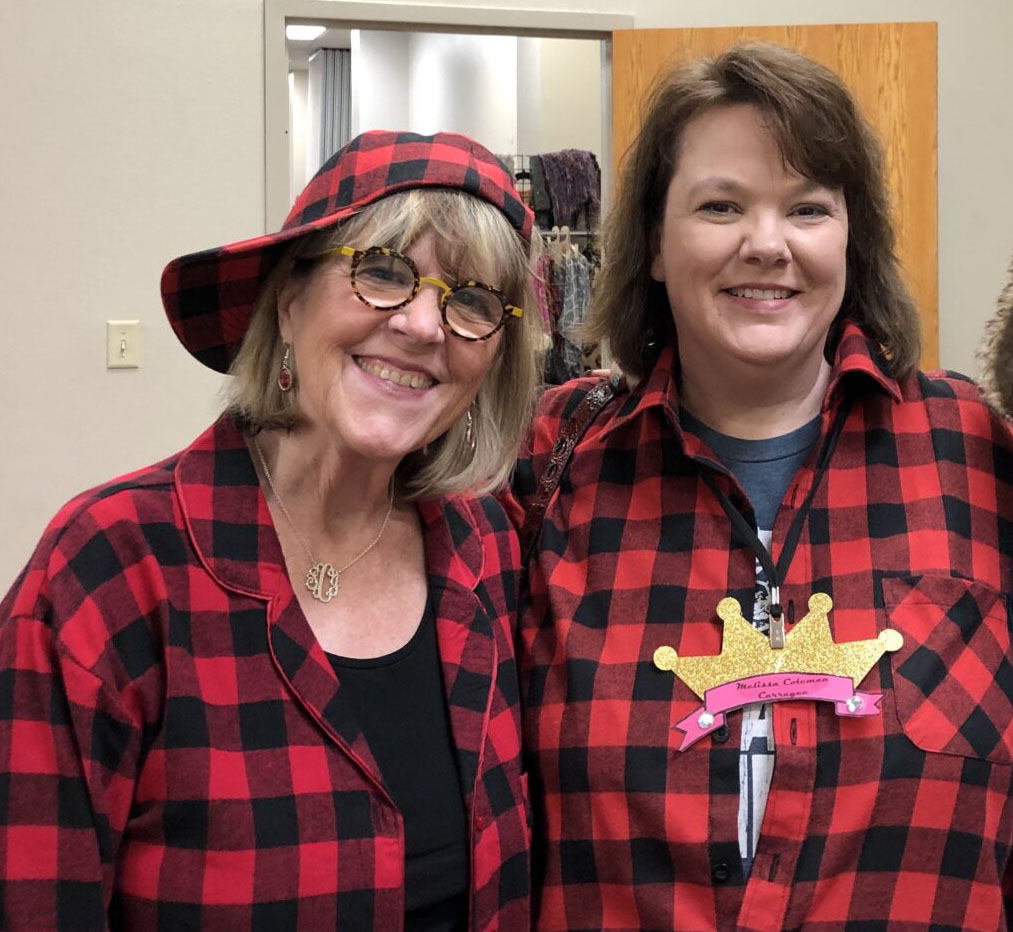 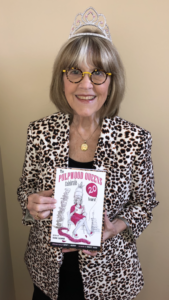 Who is that woman with me, and why are we dressed like lumberjacks? Good questions! She is Melissa Carrigee, owner of Brother Mockingbird Publishing. Brother Mockingbird is a traditional press. We are dressed like lumberjacks to honor the “Timber Guys” – the men’s book club members that are part of the Pulpwood Queens and Timber Guys book club. The photo was taken two years ago, in January of 2020, at the 20th anniversary gathering of the Pulpwood Queens authors and book club members in Jefferson, Texas, for the annual Girlfriend Weekend. We were posing to celebrate the anthology I edited and Melissa published, The Pulpwood Queens Celebrate 20 Years!, honoring founder and director Kathy L. Murphy. What’s with the leopard print and the tiara?  Read more about those colorful elements of the Pulpwood Queens HERE!

It was such a joy to work with Melissa, the only female publisher I had worked with. So, when I was considering a publisher for my latest book, I queried Melissa, and she jumped on it. We are having so much fun collaborating on cover design (TO BE REVEALED SOON, BUT NOT TODAY!) and talking about marketing. A native of Gulfport, Mississippi, Melissa lives on the Mississippi Gulf Coast. I love publishing with a fellow Mississippian! So what’s the book about? 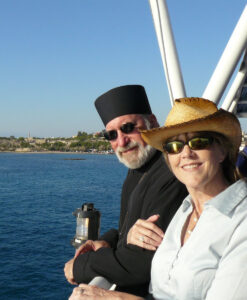 Pilgrim Interrupted is a collection of mostly previously-published personal essays, with a focus on the decade from 2007-2017. These essays were published in journals, magazines, anthologies, and blogs. I have added a few excerpts from some of my books (memoir, novels, and short stories) and also three poems. Yes, poems. Not my main genre, but hey, why not? They are good for the soul, and they are definitely part of my spiritual and personal journey. So yes, this is a mixed-genre book. (I have never learned how to stay in my lane . . . . )

Here’s the back-cover text for the book:

The title essay in this collection, “Pilgrim Interrupted,” is set on the island of Patmos, Greece, during one of Susan’s pilgrimages with her husband, Father Basil Cushman, an Orthodox priest. Pilgrimages. Orthodoxy. Icons. Monasteries. It’s all in here. But so are stories about mental health, caregiving, death, family, and writing, including a section on “place,” a key element in Southern literature. And how is Susan’s pilgrimage “interrupted”? By life itself.

Pilgrim Interrupted is a collection of 35 essays, 3 poems, and 5 excerpts from Susan’s novels and short stories. But Susan feels like she’s been on a pilgrimage her whole life—coming of age during the turbulent 1960s in Jackson, Mississippi; marrying young and adopting three children (one from Mississippi and two from South Korea); leaving the Presbyterian Church of her childhood for the Eastern Orthodox Christian faith in 1987; and finally beginning to chronicle her journey in the early 2000s. She started with art—studying and later teaching the ancient technique of egg tempera iconography—and finally with writing. Pilgrim Interrupted is her eighth book.

PILGRIM INTERRUPTED will be released this summer! Final pub date and cover are coming soon, so stay tuned! And thanks, always for reading!!!