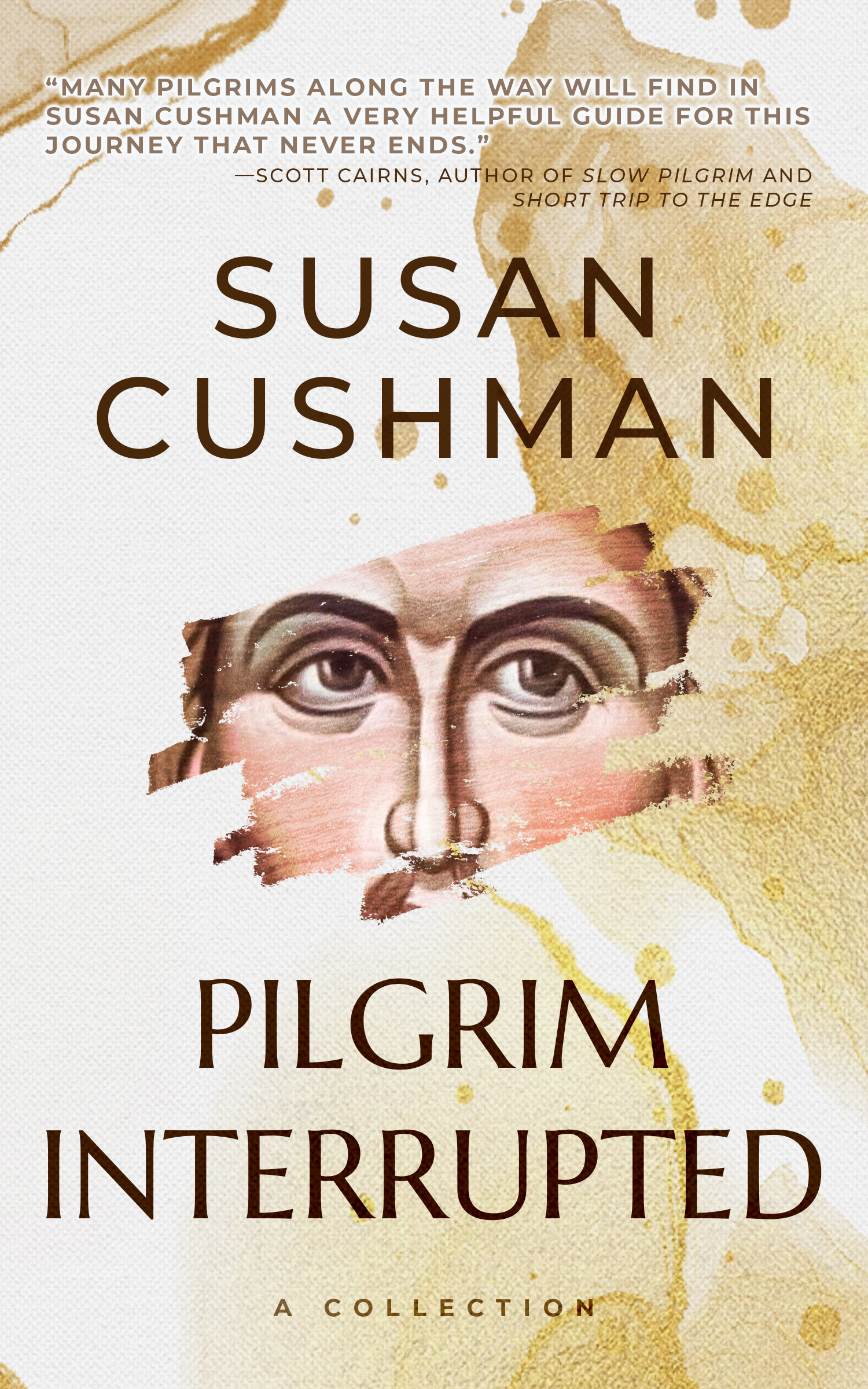 Pilgrim Interrupted has a beautiful cover design from my publisher Brother Mockingbird.! I love the way the gold/ochre color is splashed across the front (and it bleeds onto the back, which isn’t finished so I won’t show it yet).

Oh, and the official pub date for Pilgrim is June 7, just 364 days since the pub date for John and Mary Margaret, so technically, that’s two books in one year. Again. I know it sounds like a lot, but when you get a late start, you don’t have any time to waste! 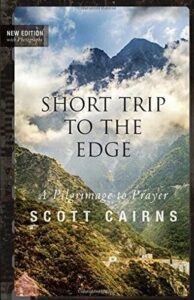 The blurb on the front is one of several I’ve received from authors so far. This one is from the Orthodox poet, author, and teacher, Scott Cairns. I met Scott in November of 2009 when I participated in a spiritual writing workshop he led at St. Peter’s Episcopal Church in Oxford, Mississippi. At that point my favorite of his books was a collection of poetry titled, Compass of Affection. Since then he’s added several books to his collection, including a revised version of his memoir Short Trip to the Edge: A Pilgrimage to Prayer.

Among the other blurbs I’ve received so far, which will appear inside the books, is this one from Father Stephen Freeman, retired pastor of St. Anne Orthodox Church in Oak Ridge, Tennessee. Father Stephen is well-known for his blog, Glory to God For All Things. I was honored by his words about Pilgrim Interrupted:

The temptation for those who are on pilgrimage is to become a tourist, collecting junk, and making photos (with lots of selfies). The tourist goes places but is not changed—a pilgrim can stay at home and be transformed. The difference between the two is that the pilgrim is traveling towards a goal “whose builder and maker is God.” Susan Cushman shares her pilgrimage with us, the insights of a journey that, story by story, reveal the goal she seeks. As such, her pilgrimage reveals the true journey of us all, as soon as we leave off being tourists.—Father Stephen Freeman, author of Everywhere Present: Christianity in a One-Storey Universe, popular speaker, blogger, and podcaster. 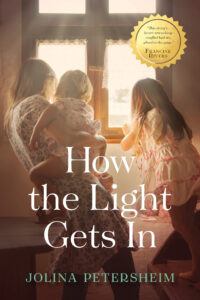 And this one, from bestselling author Jolina Petersheim, will appear on the back cover:

With crisp prose and vivid descriptions, Susan Cushman’s PILGRIM INTERRUPTED delves deeply and unflinchingly into her dogged pursuit of holiness despite being hindered by her own need for healing and redemption. Readers of Madeleine L’Engle’s non-fiction such as A CIRCLE OF QUIET will love this work.—Jolina Petersheim, bestselling author of How the Light Gets In

News for John and Mary Margaret

My novel John and Mary Margaret has been nominated for an award in the fiction category by the Mississippi Institute of Arts and Letters! It’s one of nine books nominated in this genre, including the amazing book Nick (a pre-quel to The Great Gatsby) by my friend Michael Farris Smith. The awards banquet for the winners will be June 11, but I don’t know when they will be announced. Stay tuned! 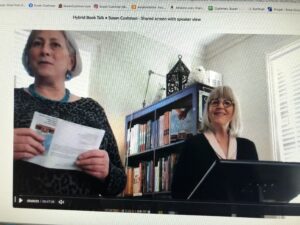 On Saturday, January 29, I gave a presentation for John and Mary Margaret at Ernest & Hadley Booksellers in Tuscaloosa, Alabama. Although I’ve done numerous in-person events and also many virtual (Zoom, Facebook Live, etc.) events, this was my first ever “hybrid” event, which was both in-person and on Zoom. It was a cold day, so hopefully lots of folks watched at home in their jammies, but I enjoyed the small in-person crowd very much. During the Q & A, my friend Jennifer Horne (past Poet Laureate of Alabama) “outed” Pilgrim Interrupted by asking me about my “next book.” So, if you WATCH THIS RECORDING of the event, you’ll see how that happened at the end of the talk. Photo from the recorded event shows Ernest & Hadley owner Easty Lambert-Brown introducing me.

Thanks always for reading. I’ve got more exciting plans coming up this month, including a presentation at the Memphis Duration Fine Arts Club on Valentine’s Day (they’ve been in existence since World War II) and speaking on a panel during a ticketed luncheon event at the Natchez Literary and Cinema Celebration in Natchez, Mississippi, February 26. (The celebration runs from February 24-26.) More events are in the works for March, so stay tuned! And thanks, always, for reading.

3 thoughts on “Cover Reveal and Blurbs for Pilgrim Interrupted and Exciting News for John and Mary Margaret!”