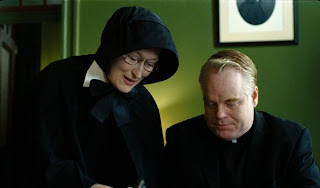 cinematography. Streep and Hoffman are pros. I knew the subject matter going in, and I was a bit surprised by the “messiness” (in a good sense) of the script. A friend who didn’t like the movie said, “I didn’t like the way they just left it sort of hanging.” 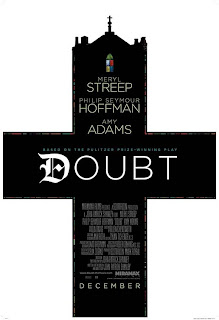 But that’s what I liked about it the most, because that’s how real life is—messy, open-ended, not always neatly tied up. (Watch a trailer here. .)

If you know me well, or even if you just follow my blog, you know I have no tolerance for any kind of abuse—of adults or children—but especially by clergy. That’s one reason I have championed Kim Michele Richardson’s (true) story so strongly. (If you haven’t read The Unbreakable Child, read it now!) Read my interview with Kim here. And check out her website here. And watch a book trailer by clicking on the arrow below.

As a victim of abuse myself, I just don’t have much compassion for those who inflict it on others, in any form. Or for church leaders who allow abusive clergy to continue to “serve.” So, I sat down to watch “Doubt” with every expectation of having clear convictions about the abusive priest, the character played by Hoffman. And then I watched a complicated story unfold, and the soul of the nun, played by Streep, struggle with her own doubt about the priest’s guilt or innocence. Right through to the end of the story.

Part of me wanted to crucify the priest, but another part of me recognized the nun’s uncertainty. What if the priest was innocent? It wasn’t a clear-cut case. I wanted it to be, just like I want it to be certain when I make a stand against something or someone I consider to be evil. It’s easy to feel self-righteous when defending the defenseless—especially children—but also lay persons, when the possibility of corruption in the ranks of the clergy exists.

All of which caused me to think about my own faith. And my own doubts about everything that faith hinges on—God, the Church, the sacraments, the value of fasting, the significance of the virgin birth, the spiritual significance of icons. It’s not that I’ve never had doubts before. I’ve struggle with them from time to time my entire adult life. And it’s good to know I’m in “good company.”

Like Mother Teresa, whose own struggles came out when her letters were published in 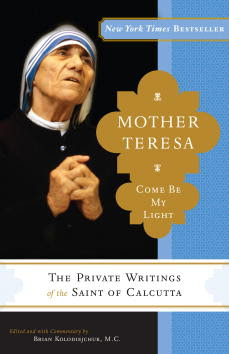 book form last year: Mother Teresa: Come Be My Light. An article about the book in Time Magazine said:

“In more than 40 communications, many of which have never before been published, she bemoans the “dryness,” “darkness,” “loneliness” and “torture” she is undergoing. She compares the experience to hell and at one point says it has driven her to doubt the existence of heaven and even of God.”

Doubt was her companion, and yet her life spoke loudly of her love for Christ.

In the literary world, Dostoevsky wrote, in a letter to a friend in 1854, shortly after his release from prison:

“I am a child of the century, a child of unbelief and doubt…. What terrible torments this longing to believe has cost me…. It is clear that I do not believe in Christ and preach him like a child, but that my hosanna has passed through a great furnace of doubt.”

And this from the author of some of the most beautiful works of literature ever written, and which are shot through with the spiritual life of the Orthodox Christian.

I’m not a nun, and I’ll never be a writer of Dostoevsky’s caliber. But I am a child of God, and today, I believe. God help my unbelief. (Mark 9:24)