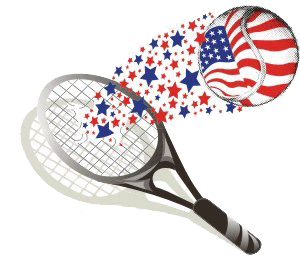 We started our 4th of July with breakfast and Wimbledon. But without the  strawberries and cream. More like a Southern brunch: cinnamon rolls, link sausages, scrambled eggs and mimosas. And tennis. It wasn’t until an hour or two in that it hit me: the irony of celebrating our independence from England while watching Wimbledon.

Lots of folks will celebrate the day with hot dogs and fireworks. We might even walk down to the (Mississippi) river tonight to catch a glimpse of the pyrotechnics right “next door” on Mud Island. But right now my mind is contemplating the reason for all the celebrations. Our freedom. 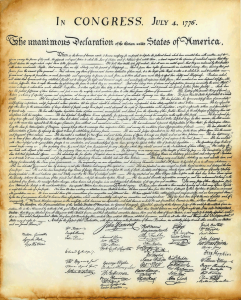 When was the last time you read the Declaration of Independence? I have to admit it’s been many years, decades, perhaps. So today, in honor of the holiday, I’m listening to the reading of that historic document on NPR. (It’s a tradition to have visitors to the National Mall in Washington, D.C. read it aloud.)

Want some Independence Day music to listen to if you’re stuck at home? Here are ten tunes you might enjoy. My favorite is Number 3. (You’ll have to click on the link to find out what it is.) But I also really like this one.

Since this is my usual “Faith on Friday” post, I’ll throw in a couple of quotes from scripture:

“For you, brethren, have been called to liberty; only do not use liberty as an opportunity for the flesh but through love serve one another.”—Holy Apostle Paul (Galatians 5:13)

I’m not going to share any opinions about what that last verse means. Instead I’ll close with a few quotes from better-known people. Can you guess who said each of these? I’ll put the answers on Facebook later.