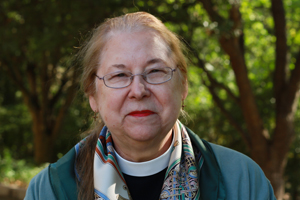 My friend Joanna Seibert, a physician and Episcopal deacon from Little Rock, has just published two new books as eBooks: Interpreting the World to the Church, Volume 1 and Volume 2.

Volume 1 is a compilation of 40 sermons in which the Rev. Seibert responds to her call as a deacon to interpret to the Church the needs, concerns, and hopes of the world as a narrative preacher. She is a storyteller sharing stories showing the relevance of the gospel to the world where she lives and works. 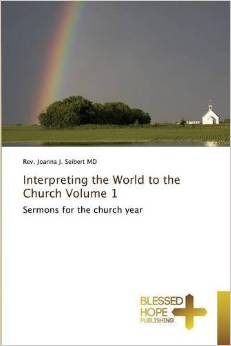 Volume 2 contains over 30 sermons preached at funerals, weddings, ordinations, after disasters, on saint’s days and for children. Although I’m not Episcopal—and my own Orthodox calendar of saints and special days differs from hers—I can appreciate the quality and the candor in these sermons. Like the one she preached on All Saints Day in 2007, commemorating both the 50th anniversary of the integration of Central High School in Little Rock, as well as the assassination of Martin Luther King during her senior year of medical school in Memphis. Rev. Seibert remembers:

Memphis became a police state. Clergy in Memphis decided to respond by marching to the office of the mayor, Henry Loeb. The ministers gathered at St. Mary’s Episcopal Cathedral. At the last moment, the Dean, William Dimmick, who later became the Bishop of Michigan, went into the cathedral and took the cross from the high altar. Holding it high above him… he led the march down Poplar Avenue to City Hall…

He taught us where Christ was that day. Christ was out walking the streets of Memphis. Today my prayer is that at the end of this service we will remember Dean Dimmick’s example and symbolically carry your processional cross outside this building and into the streets of this city and this state.

Need some inspiration? Both volumes can be purchased from Amazon or Barnes and Noble.