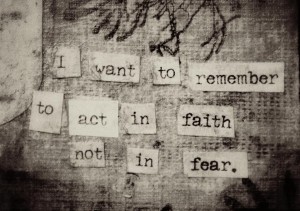 We’re off to Paris this morning! What a way to end Bright Week! (We celebrated Pascha/Easter this past Sunday, May 1.) We’ve been planning this trip for over a year, so when the terrorist attacks happened, several people asked if we were still going. We never hesitated (although we did get trip insurance in case something happens). This article in the April 6 Wall Street Journal says that “Paris tourism, hit hard by the November attacks, has rebounded significantly” in spite of those terrorist attacks. (The article also talks about trip insurance, which we researched carefully before purchasing.) So, as my friend Sarah says, if you’re not safe in a church in Charleston, South Carolina, you’re not really “safe” anywhere. You live carefully, but not in fear.

One other thing is challenging my faith as we leave today… the fear that my mother might die while we’re gone. She was a little more diminished on my last visit to her in the nursing home in Mississippi a couple of weeks ago, and I realized that I’ve been asking Jesus when can she go home and be with my father for a couple of years now. I am often delusional enough to think that I’m in control of things, when of course I’m not. I recently asked Him to please let her live until we get home from Paris. Asking for a convenient time for my mother’s death? That’s pretty messed up, right? As the French say, que pouvez-vous fiaire?

Saint John Climacus, a sixth century monk who wrote The Ladder of Divine Ascent, an instruction book for monks, says this about fear: