>Okay, the title for this post wasn’t meant to be as schizophrenic as it sounds. It’s just that I’ve got these two powerful topics on my mind and I want to give them both their due. So, this will be a two-part post.

But this one is about my mother. Her physical therapist at the nursing home called today. They can’t get mom to cooperate with therapy. She’s in a wheelchair and might not ever walk again (she broke her hip in October and has had two surgeries… scroll down to posts in October and November to catch up) if she doesn’t do the physical therapy. But she doesn’t understand, or remember, that her hip is broken, or that she can’t walk. So they were asking for my help… for any suggestions.

I said, “She loves to dance. Put on some Benny Goodman and entice her onto the dance floor.”
“That might work,” the therapist agreed. “What else did she like to do in her past life? Did she garden or sew or paint or—”

“She was in a garden club and a luncheon club, and she painted in college, but we couldn’t get her to paint later in life. She sort of pulled out of her social circles when she and Dad started their own business, Phidippides Sports, in 1982. Mom ran the aerobic dancing part of the business. So, you could talk to her about aerobics at Phidippides and maybe that would get her going!”

This therapist was hanging on my every word, looking for something that might work. How can I ever thank her enough? These are good people.

Juxtaposed against the backdrop of my mother’s struggles with Alzheimers and broken hips and nursing homes is the ongoing issue of finding representation for my memoir. Just yesterday I received a lovely rejection letter from another literary agent in New York. You laugh. But listen to this:

We think you have something really original and unique here. Ms. [agent’s name] looked over the partial and proposal and didn’t quite think it was something she could place for you. The competition in memoir is fierce and though this has a nice hook, she doesn’t quite think it’s right for her. As this is a highly subjective business, we trust you’ll find representation elsewhere.

I have some writer friends who have wallpapered their bathrooms with such rejection letters.

So, when I shared the news with friends in writing groups and friends who are, well, just friends, 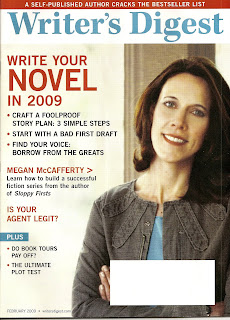 the responses weren’t all exactly what I would have expected. In fact, two very close friends began to talk about how I should maybe finish writing the book first, before continuing to seek representation. They had some pretty powerful arguments to make for this approach, and I have to admit I was caught up short by them. Especially since they came the day after I read this article in the new (February 2009—in December?) issue of Writer’s Digest by Susan Shapiro called, “ Nonfiction: Don’t Pitch—Write.”

Shapiro got my attention when she wrote:

“Yes, I know… scribes who’ve signed six-figure memoir contracts based on 30-page summaries and a sample chapter…. But I’ve also heard follow-up nightmares about authors who had to pay back huge advances three year later because they couldn’t come up with what they’d promised.”
Yeah… I’ve thought about that. Can I deliver what I promise? Do I over-sell myself, and my writing, at times?

But there’s something deeper at work here, as Sharpiro’s article continues: 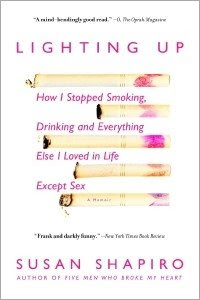 “When I started my addiction memoir, Lighting Up, I thought I’d chronicle the process of quitting my fierce 27-year two-pack-a-day cigarette habit. By the time I finished the addiction therapy I needed for research, I’d also quit alcohol, marijuana, gum and bread, and found that the only thing I was still addicted to was my addiction specialist. I hadn’t anticipated this humorous twist and ‘the substance shuffle’ turned out to be extremely common with addicts, and a huge asset because a no one had done that angle before. Your story often turns into a different story you can’t control. Give yourself time and space to let it evolve.”

And yes, I queried one more agent today.

Just couldn’t help it. Maybe I’m addicted to the marketing process. Just hope I can deliver the goods when the time comes!

Have a great weekend, everyone! Thanks for reading.