>On Monday I blogged about the agents, editors and publishers who are on the faculty for the 2010 Creative Nonfiction Conference in Oxford in November. Today I’m going to introduce you to the WRITERS/AUTHORS who are leading the pre-conference workshops on Thursday, November 11 and Friday November 12. (See Conference Schedule for a description of each workshop.)

Workshop leaders (writers) and names of the workshops they are leading: 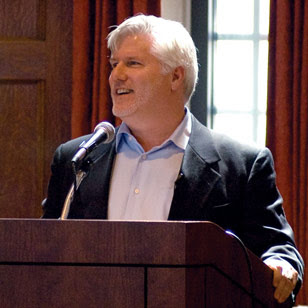 (“Reporting for Story,” 18 openings left) a teacher and author, worked as a reporter for the St. Petersburg Times for 27 years, writing serialized book-length narratives that appeared in the newspaper one chapter at a time. One of his projects, Angels & Demons, was awarded a Pulitzer prize for feature writing. French now teaches at Indiana University and in Goucher College’s MFA program for creative nonfiction. He also teaches at the Poynter Institute for Media Studies and at writing conferences around the world, from Paris to Singapore to Johannesburg. He is the author of three nonfiction books, including Unanswered Cries, an account of a Florida murder case, and South of Heaven, the story of the secret lives of high school students. His most recent book, Zoo Story, is based on seven years of reporting and research and chronicles life and death inside Tampa’s Lowry Park Zoo. A New York Times bestseller, Zoo Story was recently featured on The Colbert Report, in People Magazine and on NPR’s Talk of the Nation. 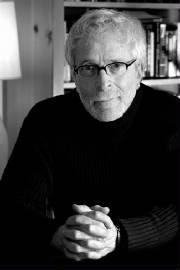 (“The Personal Essay, with Neil White” 14 openings left) is the founder and editor of Creative Nonfiction. He is also the editor of The Best Creative Nonfiction, an annual anthology, and Keeping it Real: Everything You Need To Know About Researching and Writing Creative Nonfiction, both by W.W. Norton. Vanity Fair proclaimed Gutkind “the Godfather” behind the creative nonfiction movement — an undisputable force whose efforts have helped make the genre the fastest growing in the publishing industry. His book Truckin’ with Sam will be released in the Fall of 2010. (Note: Lee is also reading at Thacker Mountain Radio on Thursday night, and giving a keynote lecture, “The 5 Rs of Creative Nonfiction” on Saturday morning.)

Kristen Iversen (“Manuscript Workshop: Memoirs-in-Progress,” 5 openings left) is the author of the bestselling biography Molly Brown: Unraveling the Myth, winner of the Colorado Book Award for Biography and the Barbara Sudler Award for Nonfiction, now in its ninth printing. Her textbook, Shadow Boxing: Art and Craft in Creative Nonfiction, was the first textbook to cover the major subgenres of creative nonfiction. Iversen’s forthcoming memoir, Full Body Burden: Growing Up in the Shadow of Rocky Flats, chronicles her experience of growing up near—and eventually working at—Rocky Flats, a secret nuclear bomb factory that produced the plutonium heart of every bomb manufactured in the U.S., resulting in extensive radioactive contamination of local communities. A travel writer in Europe for several years, Iversen teaches at The University of Memphis, where she directs the MFA program and is also Editor-in-Chief of The Pinch, an award-winning, nationally distributed literary journal.(I participated in Kristen’s manuscript workshop in 2008, and it was wonderful!) 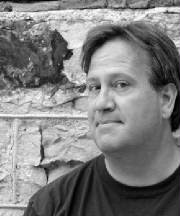 (“Manuscript Workshop,” Memoirs-in-Progress, SOLD OUT) is the author of the memoir Between Panic & Desire (University of Nebraska). His other books include The Accidental Buddhist, Toothpick Men, The Emperor’s Virtual Clothes, and the writing guide, The Truth of the Matter: Art and Craft in Creative Nonfiction. He has published essays and stories in The Southern Review, The Georgia Review, Harpers, The New York Times Sunday Magazine, Gettysburg Review, Utne Reader, and Crazyhorse, and edits BREVITY, the journal of concise creative nonfiction. He teaches creative writing at Ohio University.

(“Making Words Cinematic,” 14 openings left) is a staff writer at The Washington Post. He is also a magazine writer whose work has been published in the New Yorker, Esquire, GQ, Popular Science, Garden & Gun, Smithsonian, Tin House, Creative Nonfiction, Men’s Journal and ESPN the Magazine. A former finalist for the National Magazine Award in feature writing, Rosenwald’s story “The Flu Hunter” appears in the anthology Best American Science and Nature Writing 2007, edited by Richard Preston. A story he wrote about the future of his body — which is good despite his accomplished eating habits — was anthologized in Best Creative Nonfiction Vol. 1. He has an MFA from the University of Pittsburgh. 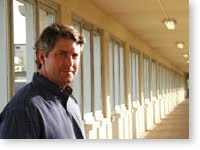 is the author of the best-selling memoir In the Sanctuary of Outcasts. The book was one of three national finalists in the 2009 Barnes & Noble “Discover Great New Writers” award competition. It was a finalist in the 2009 “Books for a Better Life” award. And it was a finalist in the Southern Independent Booksellers Alliance nonfiction 2009 “Book of the Year” award. White operates a small publishing company in Taylor, Mississippi. In his spare time he writes plays and essays and teaches memoir writing. (Neil is also co-director of the conference, and is teaching a workshop on Thursday afternoon, November 11, “The Art vs. The Craft of Creative Nonfiction — & Creating Vivid Scenes.” This workshop is open to everyone attending the conference, with no limit on the number who can attend.)

Check back on Friday to meet 5 more authors/writers who will be participating on panels during the conference. It just keeps on getting better!

Conference website with registration information is here. Be sure and register for the pre-conference workshop of your choice, if you can join us on Thursday and/or Friday!