There is a time for many words, and there is also a time for sleep.—Homer, The Odyssey 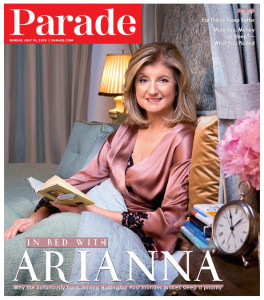 Did anyone else read the cover story in yesterday’s Parade magazine, “In Bed With Arianna,” ? The founder of the Huffington Post talks about how and why she makes sleep a priority for herself and her employees. I was impressed. And mostly it gave me “permission” to continue my recent pattern of sleeping 8 or more hours a night without feeling lazy.

I did a little research and found this article from the New York Times (January 11, 2014), which said:

At the University of Pennsylvania’s Center for Sleep and Circadian Neurobiology, Sigrid Veasey has been focusing on precisely how restless nights disturb the brain’s normal metabolism. What happens to our cognitive function when the trash piles up? At the extreme end, the result could be the acceleration of neurodegenerative diseases like Alzheimer’s and Parkinson’s.

Of course I’m concerned about Alzheimer’s, but I’m also concerned about my present day-to-day mental and physical health, and how sleep affects both of those. Like each of you, I have my own personal “sleep history,” which includes:

Childhood—sleep disorders, including nightmares and sleep-walking. When I was at camp (age 10/11) I walked out of my cabin late one night and a counselor saw me walking down near the lake. She woke me and helped me back to the cabin, where my counselor moved her bed to block the door for the rest of the term. For a few years my parents gave me “something to help me sleep,” and I have no idea what that was.

Young adulthood—anxiety and fear of the dark set in. Many sleepless nights were due to anxiety—I worried about everything. And when that wasn’t plaguing me, I would be afraid. Even in bed with my husband, I would think I heard someone in our apartment and I would break into a sweat and make him get up and turn on all the lights and check all the closets in all the rooms.

Thirties—an unusual thing happened on the way to my fourties: I began exercising regularly. I actually ran an aerobic dance business for a few years and taught classes five to six days a week. And guess what? I began sleeping better.

Middle age—during an unusual time in my life (age 45-early 50s) I kept a strict schedule of prayer. Several days a week I got up at 4:30 and went to a skete (small monastery) and prayed services with a nun for two-three hours. I averaged five hours of sleep during this time, and I mostly felt good. I attributed it to my spiritual life. I had read lots of literature about how monks and nuns didn’t need much sleep because of their spiritual strength. Maybe this is true, but as this phase of my life morphed into the next one, I found myself once again wanting/needing more sleep.

Present—in my sixties I’m sleeping better than ever, with several caveats: caffeine, too much computer activity just before bed, physical pain. I’ve learned that caffeine after 3 p.m. can keep me up until 2 or 3. But so can spurts of creative activity (writing or planning an event) especially at the computer. The good news is that if I can’t sleep I can always get up and work, and take a nap the next day, since I work from home. The physical pain (since the car wreck two years ago) comes and goes and doesn’t keep me awake too often, thankfully. But most nights I fall asleep quickly and allow myself a good eight hours of sleep.

Many people in the fields of science, literature, and religion have compared sleep to death.

Sleep, those little slices of death—how I loathe them.

I’ve always loathed the necessity of sleep. Like death, it puts even the most powerful men on their backs. 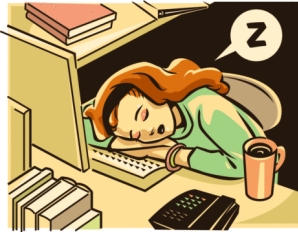 But now Arianna Huffington is giving us all permission, not only to get a good night’s sleep, but even to take naps during our busy work days.

3 thoughts on “Mental Health Monday: A Time for Sleep”