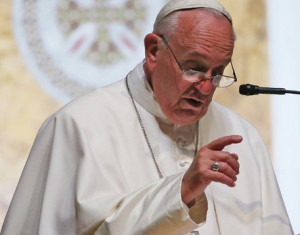 Although many people were more interested in Pope Francis’ words concerning immigration, homelessness and climate change in his first visit to the U.S., it was his meeting with victims of sexual abuse by church leaders that caused me to sit up and listen.

The Pope met with five survivors of abuse, assuring them that their abusers would be held accountable. And then he said this, publicly:

God weeps…. It continues to overwhelm me with shame that the people who were charged with taking care of these tender ones violated their trust and caused them tremendous pain.

Although some activist groups and individual politicians say his words were just for a public display—and yes, action is needed to bring the perpetrators to justice—I believe they are words of healing. Probably because I’m one of the victims, although my abusers weren’t clergy in the Catholic Church.

Two of the three men who molested me as a child and young adult asked my forgiveness. The third—my grandfather—died before I was old enough to confront him about what he did to me. His sin is the hardest for me to forgive. I’ve thought a lot about why that is, and I think listening to the Pope this weekend made it clearer to me. It’s easier to forgive when someone says they are sorry. Even if that someone isn’t the person who hurt you.

Pope Francis also said that he personally took on the evil actions of the clergy who had molested so many, and he personally asked for forgiveness on their behalf. How does that work?

About fifteen years ago, I met with an Orthodox priest and a friend who needed his counsel. She had been hurt by another priest and was struggling to get over it. The priest we were talking with did an amazing thing. He got down on his hands and knees—he prostrated himself before her—and said, “On behalf of any and all clergy who have ever hurt you, please forgive me.”

Please forgive me. Powerful words.
But what if they never come? It’s so easy to stay mad at someone who never says, “sorry.” But who are we hurting by carrying around pain and anger all our lives? 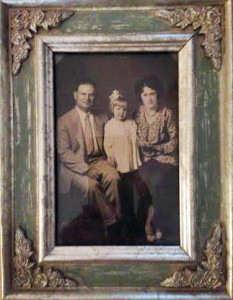 For the past few years I’ve been keeping a photograph on my bureau, one that used to be stored away in a box. It’s a picture of my mother with her father and mother—my grandparents. It was taken around 1924—when my mother was four years old, the same age I was when my grandfather molested me. I have often wondered if he didn’t also hurt her—her alcoholic and abusive behavior were telltale signs—but I never asked her. I adored my grandmother, Emma Sue, for whom I was named. And for a while I just wanted the picture because of her. But recently I’ve found myself stopping in front of it, looking my grandfather in the eyes and saying, “I forgive you.” I don’t always feel the forgiveness, emotionally, but I believe the words in my heart, and just saying them helps. And now after the Pope’s words this weekend, I have a mental image that also helps. When I feel the pain and the anger starting to flare up again, I will think, “God weeps.”