Someone on Facebook wrote a poignant post yesterday about the mass shooting in Orlando. Her point was that when the attack happened in Paris last year, it was all over Facebook, with Americans showing solidarity with Paris through their posts, and yet the deadliest mass shooting in U.S. history happens and Facebook seems quiet, merely full of everyone’s happy posts about their vacations and celebrations, which is certainly what I’m guilty of. This person’s words were sobering and caused me to stop and think about how we respond to such a tragedy. Have these events become so common place that we are numb to them? 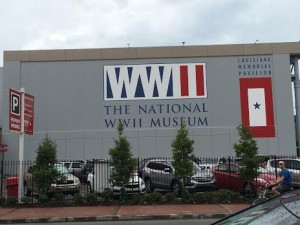 Those thoughts were on my mind yesterday afternoon when I went to the World War II Museum here in New Orleans. We watched a terrific film before touring the museum, and the sheer numbers of deaths in so many countries was mind boggling. So what’s the relationship between a mass shooting and World War II? What struck me was this: evil.

How did the Orlando shooter, with his known history of mental instability and vocal messages of hate go unchecked? What can be done BEFORE someone like this has reached his boiling point and killed 50 people? What could have been done to check Hitler and prevent him from creating an army to carry out his hateful agenda, which eventually cost the world millions of lives to stop his crusade?

I don’t have any answers, but I pray for our leaders who might be in a position to do something about this culture of hate that has become so pervasive in our country, and all over the world. 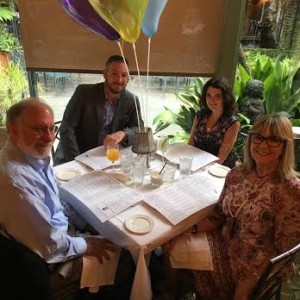 And about those vacations and celebrations…. My husband and I didn’t cancel our trip to Paris last month in the wake of the terrorist attacks there, and we are celebrating our 46th wedding anniversary (today) here in New Orleans, where we’ve enjoyed dining at terrific restaurants, museums, shopping, and site-seeing in a city that knows how to celebrate life.

Yesterday at brunch at Commander’s Palace, our son (who lives here) asked the band to play “I’ll Fly Away” when they stopped at our table, and I thought about my mother who “flew away” to Heaven a couple of weeks ago, and about everyone who embraces a spiritual path that includes the hope of a better life after death. I wondered if the victims in the night club in Orlando had time to hope, to embrace the possibility of an eternity beyond the terror and evil of the moment. I imagine that most of them did not have that time, with the killings happening so quickly. One text message to family that was shared on the news indicated that the victim was hiding in the restroom and the killer was in there and he was about to die. I hope that in his final moment he was able to grab hold of hope. I hope that he was able to fly away.

Meanwhile, we continue to celebrate, refusing to let evil and hate rule our lives. Today is our last day in NOLA, and we’re looking forward to our final anniversary dinner tonight before driving home tomorrow. Thank you, New Orleans, for a wonderful time!