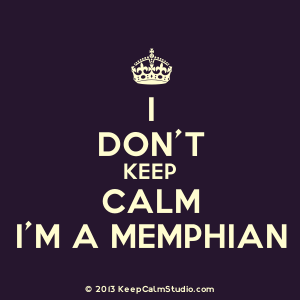 I’ve lived in Memphis for 25 years, so I guess that makes me a Memphian. But the truth is that, unlike Mandy Chatellier, I’ve never really liked this city.  I’ve wanted to leave it for a number of years. But a few things have happened recently that have given me a new appreciation for Memphis.

Having survived a life-threatening car wreck in July, I’ve been nursed back to health by friends and neighbors (and terrific medical personnel) to whom I will always be indebted. I’ve made friends and acquaintances who love the city. I’ve listened to them talk about why they love it. And I’ve opened my heart to its embrace, a little bit at a time.

When I was a student at Ole Miss 44 years ago, lots of fellow students would drive up to Memphis from Oxford on weekends for a taste of the big city—ribs at the Rendezvous, movies, concerts, clubs. But I only remember one such weekend, when Ole Miss played (then) Memphis State in football. Otherwise, I spent my weekends in Oxford, a town that I’ve come to love more and more in recent years. So when several friends who live in Oxford (and these folks are writers) have expressed how much they love Memphis, I’ve listened.

And then my friend, Corey Mesler, owner of Memphis’ oldest independent book store, published his lyrical collage about Beale Street, Diddy Wah Diddy: A Beale Street Suite, and I got a quick look at the colorful underbelly of the city. Although the book is fictional, it still reflects a love for Memphis and her diverse citizens. 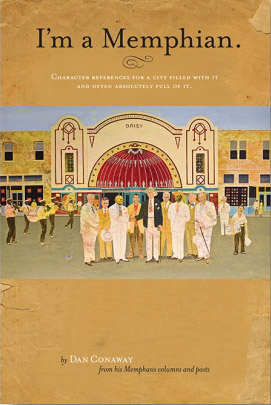 So, I was working on embracing my town when I received a copy of Memphis journalist, Dan Conaway’s, new book, I’m a Memphian (The Nautilus Publishing Company, 2013) from my friend, Neil White. Dan’s weekly columns about Memphis—“Memphasis,”—appear in The Memphis Daily News and The Memphis News. And at www.wakesomebodyup.com.This book is a collection of 50 of those columns. As Conway says:

The truth of what you can see every day in Memphis is better than the fiction other cities have to come up with to make them interesting.

It was fun to read these true stories after reading Mesler’s fiction tales in Diddy Wah Diddy. The two together paint a vivid picture of this city I’m oozing my way into. Conaway brings to life the famous (and infamous) Memphians buried at historic Elmwood Cemetery. He sheds light on stories of obscure heroes who step up to save the day in crises. He commemorates school teachers, politicians, entrepreneurs, athletes, and musicians—ordinary people doing extraordinary things. And the places they gather to share stories about their daily lives, like The Little Tea Shop and The Peanut Shoppe. I learned a lot about this city in Conaway’s columns, and yes, I took a step towards, rather than away, from it as a result. 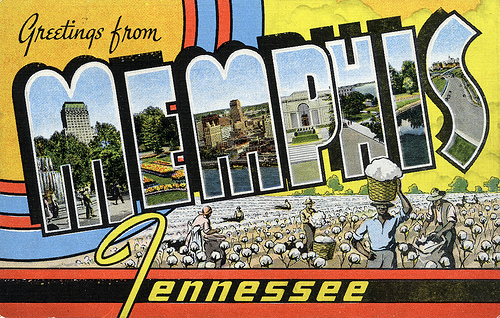 Looking for a great little Christmas gift for folks who love Memphis? Or for folks like me, who are working on that embrace? The subtitle says it well:

Character references for a city filled with it and often absolutely full of it.