Since last Monday’s post, “Plaques and Tangles,” I’ve had many opportunities to continue my focus on Alzheimer’s—not only my mother’s, but my friend Sissy’s (see last Friday’s post “Memory Eternal”) and also the possibility that this will be my fate. Sissy was only 73 when she died last week. That’s about the age my mother was when her cognitive impairment began to increase enough that I started taking care of her finances and we began considering assisted living. I am so thankful that Sissy was spared the years of decline my mother—now eighty-seven—is still experiencing.

A dear friend who is completely alert in her eighties encouraged me to quit dwelling on it so much, that I could “think myself sick.” There’s wisdom in her words, I know, but it’s really hard not to think about this. Especially with regular visits to my mother in the nursing home, and now as I work on editing those 50 blog posts and turning them into essays for a potential book.

As someone with a family history, I understand your fears. It’s certainly entirely possible that the phone conversation slipped your mind due to fatigue, pain, busy-ness, distractions, etc. Obviously, your fear is that it is an early symptom of Alzheimer’s, which is a valid concern. Do you have access to a gerontologist or other specialist who could do a screening? (I suggest a specialist because in my family’s experience primary care doctors often miss early signs.) If the screening results show nothing, it can set your mind at ease. If there are early signs, you can begin treatment to slow progression so that you can continue your three(!) book projects. 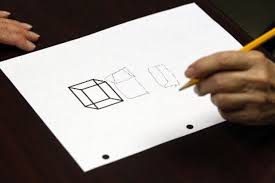 You know, I never had my mother screened for Alzheimer’s. I just saw it happening and dealt with each stage as it progressed. Well, she was “screened” by her internal medicine physician early on, but she always passed those simple memory tests. I remember sitting in the doctor’s office while this was going on and thinking, “But you don’t see how diminished her functioning is outside of this room.” So, I do know that if I decide to be screened, I’ll go to a specialist who will do more than ask me who the President is and what street I live on and to count backwards from ten.

I’ll be 65 next March, so I’ve been receiving lots of information about Medicare. And I just read this article on NPR, “Medicare Pays for Alzheimer’s Screening, But Do You Want to Know?” One argument FOR early screening is to establish a baseline for comparison. But there’s so much that’s unknown at this point. November 1-7 is actually National Memory Screening Week, an initiative of the Alzheimer’s Foundation of America. There are actually two sites in the Memphis area offering free screening that week. But I haven’t looked into how extensive the tests are. Not sure if I’m going to or not. Stay tuned, and thanks always for reading and commenting.