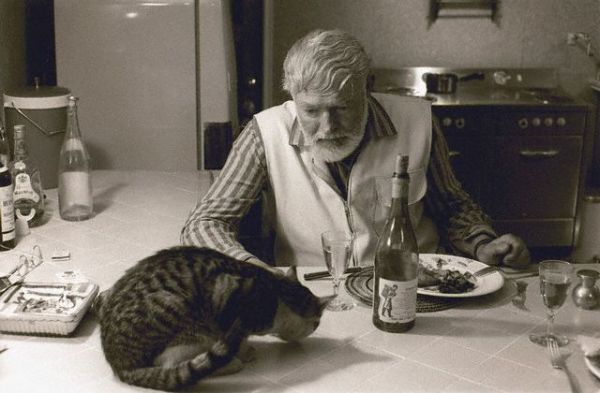 Earnest Hemingway was ill and unable to attend the banquet where he would receive the Nobel Prize for Literature in 1954. He penned a few words which were read at the banquet in his absence. Today I am struck by these:

Writing, at its best, is a lonely life. Organizations for writers palliate the writer’s loneliness but I doubt if they improve his writing. He grows in public stature as he sheds his loneliness and often his work deteriorates. For he does his work alone and if he is a good enough writer he must face eternity, or the lack of it, each day.

A dear friend and mentor, Jere Hoar, has been after me for several years to embrace the loneliness that good writing requires and quit spending so much time on social media and writing events. He continues to fail in his efforts, as I run with abandon to these escapes from the despair that the lonely work of writing can bring down on my soul. Having just finished helping direct a writing conference, I’ve already organized a Memphis writers gathering (to be hosted by Memphis artist and writer, Suzanne Henley) this Wednesday night. I only hope that while such events surely “palliate the writer’s loneliness” they don’t also cause his work to deteriorate, as Hemingway suggests.

But recently—really just over the past few days—I’ve been reconsidering Jere’s words, especially in light of Hemingway’s. Because I find that when I immerse myself in my work and shun the pain of loneliness, sometimes I can make art. And when I do, the satisfaction is immense. And just a small taste of that satisfaction can strengthen my resolve to keep moving towards the art at whatever personal cost. As Rumi says: 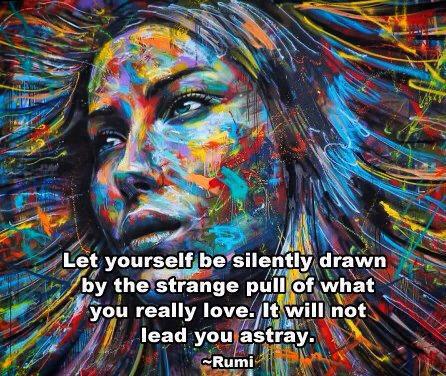 3 thoughts on “Mental Health Monday: The Strange Pull of What You Really Love”