>In addition to the six writers leading workshops at the 2010 Creative Nonfiction Conference in Oxford in November, and the five agents, editors, and publishers who are also leading workshops and serving on panels, we’ve got five more treats in store for you: 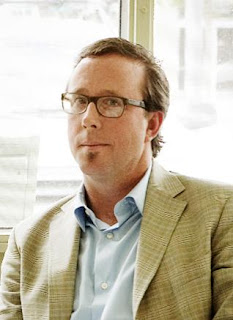 “United Tastes,” for the New York Times. He is a contributing editor at Garden & Gun. He is a longtime columnist for the Oxford American. He was a contributing editor at Gourmet. His work for Saveur and other magazines has been featured in seven editions of the Best Food Writing compilation. Edge has a number of books to his credit, including the James Beard Award-nominated cookbook, A Gracious Plenty: Recipes and Recollections from the American South. He has served as culinary curator for the weekend edition of NPR’s All Things Considered, and he has been featured on dozens of television shows, from CBS Sunday Morning to Iron Chef. (John will be serving on the panel for two sessions on Sunday morning, “The Writer’s Life: Off the Page,” and “The Writer’s Life: On the Page,” as well as appearing at the reception and book signing at Off Square Books on Saturday afternoon.)

Beth Ann Fennelly is an Associate Professor at the University of 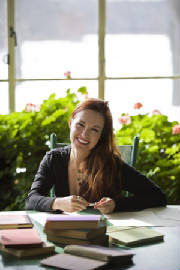 Mississippi, and lives in Oxford, MS. She has received a 2003 National Endowment for the Arts Award and a 2006 United States Artist Grant. She’s published three books of poetry, all from W. W. Norton: Open House, which won The 2001 Kenyon Review Prize, the GLCA New Writers Award, and was a Book Sense Top Ten Poetry Pick; Tender Hooks, and Unmentionables. Great With Child, a book of nonfiction, was published by Norton in 2006. Her poems have been reprinted in Best American Poetry 1996, 2005, and 2006, Contemporary American Poetry, The Penguin Book of the Sonnet, The Pushcart Prize, and Poets of the New Century. She won a Fulbright grant to Brazil and spent the spring of 2009 there alongside her husband, fiction writer Tom Franklin, and their two small children. (Beth Ann will be speaking at 6:15 p.m. on Friday night on “Curiosity as a Narrative Force in Creative Nonfiction.” She will also serve on the panel for “The Writer’s Life: Off the Page” on Sunday morning and will be at the reception and book signing at Off Square Books on Saturday afternoon. I’ve participated in several writing workshops where Beth Ann was on the faculty, and she is a terrific speaker and teacher!)

Robert Goolrick is the #1 bestselling 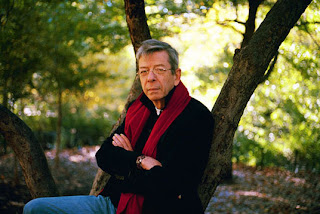 author of the novel, The Reliable Wife. His critically acclaimed memoir, The End of the World as We Know It, was published in 2007. After college at Johns Hopkins, Goolrick moved to Europe to pursue acting and painting. Later, he worked as an advertising executive in New York City. Goolrick lives and writes in a farmhouse on a wide and serene river in a tiny town in Virginia. (Robert will be at the Reception and Book Signing at Off-Square Books Saturday afternoon, and then from 6:00-7:00 p.m. he will offer “Crossing Genres: Q & A with Robert Goolrick” also at Off Square Books, where he will discuss his work in fiction and creative nonfiction.)

Jessica Handler is a creative 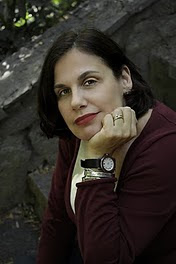 writing instructor at Atlanta Art Institute and a freelance writer. The Atlanta Journal and Constitution called her memoir, Invisible Sisters, One of the Eight Great Southern Books in 2009 and was voted Atlanta Magazine’s “Best Memoir” for 2009. (Jessica will be serving on the panel for two sessions on Sunday morning, “The Writer’s Life: Off the Page,” and “The Writer’s Life: On the Page,” as well as appearing at the reception and book signing at Off Square Books on Saturday afternoon.)

David Magee is the author of eight 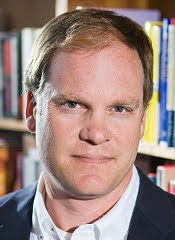 nonfiction books, including the bestselling Turnaround: How Carlos Ghosn Rescued Nissan (HarperCollins). He is the co-owner of Chattanooga’s largest independent bookstore Rock Point Books and the founder of Jefferson Press, a niche publisher distributed nationally by Independent Publishers Group. His latest book is The Education of Mr. Mayfield. (David will be serving on the panel for two sessions on Sunday morning, “The Writer’s Life: Off the Page,” and “The Writer’s Life: On the Page.” I was fortunate enough to hear David give a lecture at the Escape to Create Fall Writer’s Conference in Seaside, Florida, last October, and can’t wait to see him again.)

So there you have it: sixteen amazing writers, agents, editors, publicists and publishers at one conference. Haven’t registered? The conference is November 12-14, so what are you waiting for? Registration information is here.