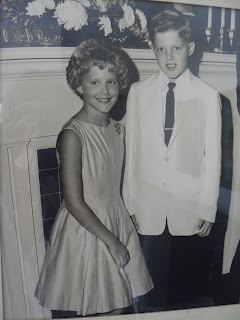 I couldn’t write about this yesterday. January 31 was the one year anniversary of my brother’s death. Mike was only 58 when he died of lung cancer. We were fifteen months apart in age. This is us when we were about 9 and 10, dressed up for a cousin’s wedding . I marked the anniversary the way I often deal with unresolved pain: I drank three glasses of wine and wept until about 2 a.m. The pain is still raw because there were so many unresolved issues in my brother’s life… things that didn’t get healed. This photograph of us hangs on the walls in our guest room.

While I’m recovering from foot surgery, I’m camping out in that guest room, which has nice windows with a view out onto the street and a really really comfortable bed. We set the room up for my mother a few years ago when we invited her to come live with us. She declined, but I’ve never changed the room from the way I set it up for her: 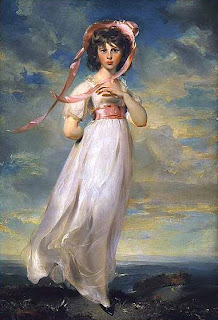 From my perch in the bed I’m looking at lots of memorabilia from my childhood home… things I arranged on the walls and what-not shelves to make Mom feel more at home had she come to live here. The antique lamps on the bedside tables were my grandmother’s. The chairs at the foot of the bed were my parents’. But the pieces that almost jump off the walls at me are the two framed prints directly across the room from the bed: the famous images known as “Pinky” and “The Blue Boy.” Like the black and white formal photograph of Mike and me, these pictures 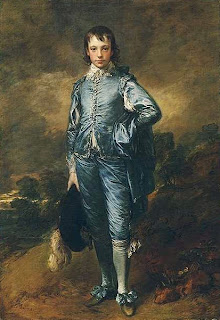 were on the walls of our living room in the house I grew up in from age 7 until I was married at 19. As I’ve gazed at them, or watched them gazing at me, over the past three weeks, I’ve been flooded with memories … of things that Pinky and Blue Boy observed in that tiny living room in the house my parents built in a brand new subdivision in Jackson, Mississippi.

Our house had one of the trendy new open kitchen-den arrangements later known as a “great room.” That’s where we had the television, couch, eating areas, Christmas trees, birthday parties, etc. But in the front of the house, the tiny “formal” living room was like this: light blue shag carpet, a picture window with lined drapes, two swivel rockers, and a piano. It was removed from the more active part of the house, so that Mike and I could practice the piano, and it made a great place to play cards on the floor with our friends. And eventually, it became my “courting room.” Pinky and The Blue Boy witnessed some pretty interesting moments with boyfriends and inspired some of my early writing. (Okay, those are two separate things. My early writing was not about my boyfriends.) I wonder if Mike ever thought about Pinky and The Blue Boy when he was in that room.

Pinky’s modest but free-flowing dress… her hand just above the bodice of her dress and the pink ribbons of her bonnet flying in the wind from her perch above the sea. Storm clouds surround her and I wonder if she allows the storm inside… or how hard she is working to maintain her balance.

The Blue Boy’s pose is more guarded, formal. He looks as though he chose the clothes for the portrait, whereas Pinky’s clothes were chosen for her. But maybe I’m projecting a bit from my own life onto these images. 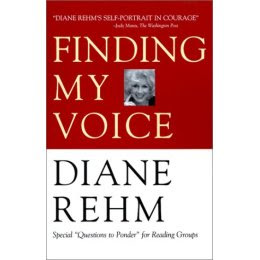 ast week I started a series of essays which I’m considering as early drafts of chapters for a book. A memoir. I’ve outlined the book and chapter titles, and I’ve drafted the first two essays. Researching titles I came across an amazing book called Finding My Voice (my first choice for a title, but I’ve already thought of a better one) by Diane Rehm. Diane was a popular radio personality for many years and struggled with a vocal cord disorder called spasmodic dysphonia. I have a paralyzed vocal cord, and had already written about it before finding Diane’s book. It’s interesting that she was born and baptized in the Syrian Orthodox Church (which I converted

to) but later was active in the Methodist Church. But it’s her childhood stories that fascinate me. Because I’ve found so many parallels in my own life. (We both played the part of a witch in a school play, for starters!) At first I was bummed out to find the book because I wanted the title for myself, and also because I wasn’t sure how it would go over to write a memoir with similar themes. But the more I read the more I realized that it’s exactly because of these shared, universal truths in our lives that we like to read each other’s stories. And mine are really quite different in many ways. So, she’s inspiring me.

At the same time I’m reading an unpublished manuscript in progress, another memoir from a similar era—a childhood in the 50s and 60s. I have more in common with this person’s journey spiritually–although my suffering pales in light of theirs–but since I’m weaving my spiritual journey throughout my personal essays, I’m also inspired by this work.

In both instances, as I’m reading these memoirs, I keep asking myself why I like to read them and why I want to write my own. The answers to both questions have something to do with healing. Shared suffering can heal. Stories can heal. I think that’s it. I want to write stories that can heal.

Four weeks from now I’ll be in Oxford at the Creative Nonfiction Conference… and specifically at a two-day pre-conference workshop to which I’ve submitted another memoir-in-progress. One that sprang from my blog posts about “watching” a number of people I love as they are dying. (You 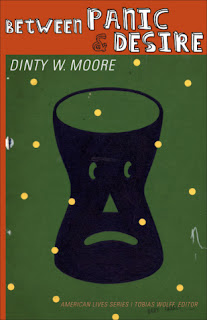 can read my blog posts about this here and here.) The class, with direction from the instructor, Dinty Moore (above, left) will critique each other’s work one day, and the next day the Moore will give craft talks. Dinty is an editor, professor, and author. I’m ordering his memoir, Between Panic and Desire soon. Keynote speakers will highlight the weekend sessions. I can’t wait to participate, with three of my writer friends who also have stories to tell. Stories very different from mine, but stories with the potential to entertain, to enlighten, and to heal.
Please share!