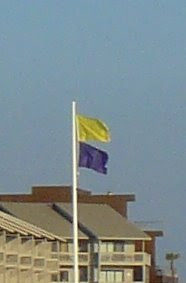 I should have asked what the purple flag on the beach meant before I swam into the sunset on Sunday night. 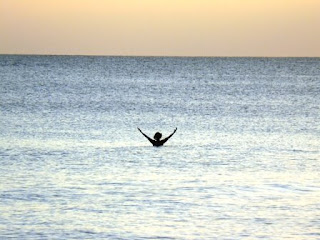 But it was so beautiful and the water was warm and it was magical.
The purple flag means “dangerous marine life.” (And the yellow flag means moderate surf, medium hazard) So, later that night and on Monday my right foot began to hurt… it felt like it was sprained, and the inside of the ankle was tender to touch. And then I saw it—a red swollen place that looked like a bite. So I put Neosporin and a band-aid on it and went into Seaside to do some shopping. 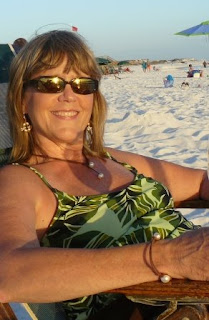 My two shopping goals were a pearl bracelet to match the pearl and leather necklace I had purchased at Rendezvous Wine Bar in 2007, where owner Wendy has now expanded her line to the shop next door to the wine and tapas bar she and her husband run in Seaside. I’d been wanting to get a bracelet to go with the necklace I got back in 07, and I found just the right one. 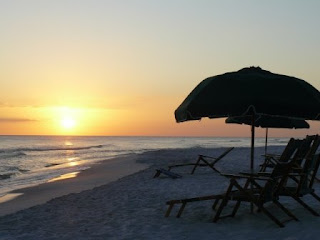 My second shopping goal was to find a wedding gift for Laura Algood and her fiancée, Oliver, who had celebrated their engagement on the beach. We’ll be at their wedding in Jackson, Mississippi, this coming Saturday. I found just the right gift at a glass art gallery in Seaside.

But as I left Seaside my ankle was hurting more, so I stopped at the Seagrove Medical Clinic, just a few blocks from our beach house, and I’m so glad I did. The physician’s assistant on call put a hot compress on the bite, gave me a tetanus shot and prescribed an antibiotic. By the next morning the ankle was improved and I could walk without pain. He thinks it was probably a spider rather than something in the ocean… but at least it was healing.

For dinner we tried the nearby Old Florida Fish House. It looked like at tourist trap, but the Fish House Grouper (covered with crab meat) was the best fish I’ve had in a long time. And the guys playing oldies in the bar were also excellent.

Today my foot is better and hubby is better and we enjoyed our last day at the beach. Well, in between phone calls to Jackson, where my mom will be leaving Baptist Hospital tomorrow for a few weeks a Manhattan Nursing Home and Rehab. We’ll be in Jackson through Saturday… hubby is speaking at a cardiovascular renal meeting, and then we’re going to a wedding at St. 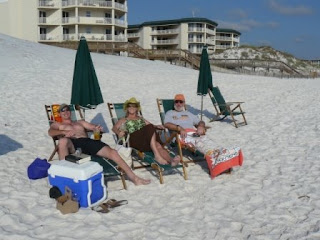 Peter Orthodox Church on Saturday before returning to Memphis.

So I’ll close from Seagrove Beach with a few more photos from the past few days… next post will be from Jackson, Mississippi. 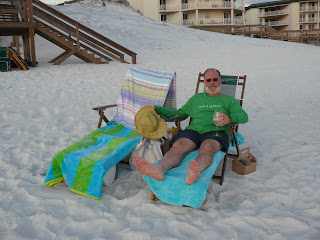 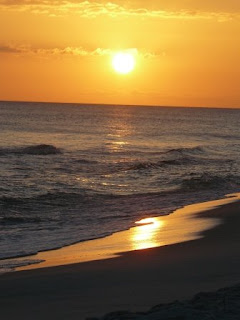 ue every night and I welcome them with open arms. 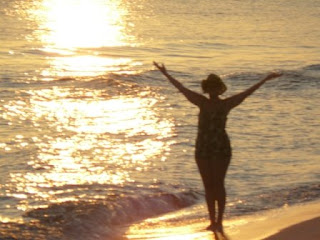