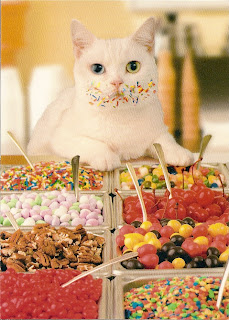 The inside of this greeting card says:

I can quit any time.

No, this isn’t going to be about alcohol. Or even food. It’s about … chatter.

And not only the verbal kind, which is hard enough to control. But also that voice inside my head that just won’t shut up at times. The voice that says I need to keep going and doing and moving and not be still or quiet because I might have to face something unpleasant in the stillness. Like… me.

This morning I was visiting with a few wonderful young twenty-something folks during coffee hour, the social time after worship. We were sitting around a table in the fellowship hall, discussing all sorts of things, when I picked up a Sunday bulletin and noticed the quotes “From the Fathers” on the back. I sat and read the first one:

Nothing is more unsettling than talkativeness and more pernicious than an unbridled tongue, disruptive as it is of the soul’s proper state. For the soul’s chatter destroys what we build each day and scatters what we have laboriously gathered together.” – St. Philotheos of Sinai

The soul’s chatter. Wow. That’s how it feels inside me sometimes… especially recently. You would think that a trip to the beach would have fixed that. But the state of peacefulness, the “soul’s proper state,” isn’t a geographic location. It’s truly a state of mind… of soul.

Just as I was reading this, Caitlyn, one of the twenty-somethings (a college 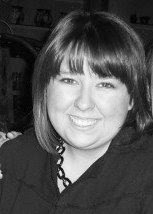 student and Starbucks employee) said, “I can see the title of your next blog post right now: “Soul Chatter.” Cairlyn just started her own blog, The Caitlyn-cosm, where she writes about her journey towards Orthodoxy, among other things. She’s in our supper club, so we’ve been getting to know eachother at our monthly culinary gatherings in each other’s homes, and now we’re blog-buddies. Caitlyn (a Starbucks employee, remember?) also encouraged me to write in to Starbuck’s “How You See It,” entries… so maybe I’ll give it a shot and see if my comment ends up on one of their disposable coffee cups. So, I wonder: Would that be considered being published? Like, could I use that as a clip when I query an agent or send a manuscript out for publication? I can see it now: Previous publications include “How You See It”… on a Stabucks coffee cup. Or not ….

Back to the soul chatter. Another quote on the back of today’s bulletin:

“What is most important in life?” I asked Father Michael. “Love,” he answered. “Never judge anyone, have no foes, revere everyone. In life avoid anything which makes you proud and which disturbs your serenity of mind. – from Interior Silence by Elder Michael. 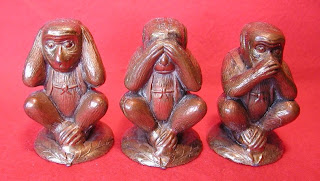 Avoiding things that disturb your serenity of mind is tricky for those of us who are easily shaken… I would personally have to avoid thinking, much less reading, writing, listening to music, leaving the house, talking with others…. like the Three Monkeys!

Maybe the trick is in the first part of the quote: “Never judge anyone.” Maybe that’s how Haven Kimmel and Jeanette Walls wrote such non-judgmental memoirs about such broken people. Maybe they know how to shut down the soul chatter and just tell their stories with love and acceptance and humor.

I was thinking the other day about how Harper Lee wrote To Kill a Mockingbird through the eyes of a twelve-year-old character during much of the story… a difficult story to tell. A difficult but beautiful story to read. A twelve-year-old doesn’t have much soul clutter yet. She’s got a pure heart.

Like Oreo. And so I begin my memoir of life in Memphis through the eyes of my 18-year-old cat:

It was Labor Day weekend, 1989. I was playing in the backyard with my brothers–chasing each other through the shrubs near the patio in the early autumn air. Our mother sat on the steps nearby, washing herself and still watching over us, but allowing herself to slip into moments of casual inattenton… even closing her eyes in the sunshine. We were, after all, six weeks old and newly weaned. And completely oblivious to what was about to happen to our family….