>It’s been about 8 months since I’ve written about acedia, but that’s not because I haven’t been struggling. Some version of depression, anxiety, and other dark demons visit me often, but I’ve managed to stay busy enough to ignore them a good bit until recently.

If you’re new to my blog, or if you aren’t familiar with acedia, you might want to read some of these posts from the past two years to catch up:

“Spiritual Struggles: A Whirlpool of Thoughts”

“They Used to Call it Poetry: Acedia & Me, continued”

“Why Does Sobriety Have to Come With Feelings?”

“The Ancient Demon of Acedia in Modern Dress: The Journey Begins” 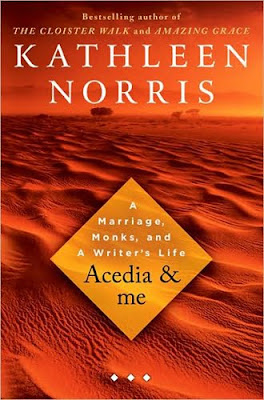 This morning I re-visited Kathleen Norris’ book, Acedia & Me, and read Chapter XIII, “Acedia’s Decline.” I read slowly, and also read some Scriptures, prayed, and tried to breathe in some of the wisdom I discovered. Many of Norris’ words hit home with me:

“Zeal is the best weapon in the psyche’s toolbox for contending with acedia.”

“In the Christian spiritual tradition, as in many other faiths, two requisite qualities of that other-directed love are generosity and humility.”

“Our job is not to deny them (anger, jealousy greed, gluttony, lust, pride, acedia) but to make our way through to the virtue on the other side…. Acedia virtue is a caring expressed in thoughtful and timely acts that enhance our relationship with others.”

As wholesome and good as these words are, they were not new to me. Many spiritual writings contain similar ideas. It was when Norris wrote about the difference in depression and acedia that her words began to hit home with me:

“I find that depression has an identifiable and external cause that acedia lacks. I can look at my life and see where the trouble is coming from. But acedia arises out of nowhere, as it were, emerging from my inner depths without warning, and without any reason that I can determine. Acedia is more subtle, and when it wells up in me, only the venerable practice of spiritual discernment I of much use…. A contemporary psychologist, Solomon Schimmel, comments that ‘we may not at first recognize the connection between a deadly vice and its indirect effects, but a deeper probing will often reveal it. Anomie, for example, the despair of finding meaning and purpose in life, is traceable in part to the materialism of greed, the spiritual apathy of sloth, and the narcissism of pride.”

Wow. I didn’t want to read that. I didn’t want to be reminded, again, that anomie—despair—often comes from pride. Because that means that my will must be involved, and that repentance and more struggle will be part of all this.

Norris quotes both Cassian and Merton on the difference between acedia and sadness, saying that “acedia is ‘the sadness, the disgust with life, which comes from a much deeper source-our inability to get along with ourselves, our disunion with God…. Disgust with life often has to do with the life one has chosen, and when the bad thought of acedia attacks one’s very identity, it causes great pain…. the numbing of the soul, and an increased inability to conceive of every being happy again, let alone stable….”

She nails how I’ve been feeling for most of my life, but especially the past few years, as I’ve struggled to find what she calls my “real self,” through my writing. She continues:

“Writers often doubt their vocation and find themselves in droughts that, unlike the normal rhythm of arid seasons and more productive ones, can cause unnatural silences.”

Many writers despair and give into acedia, and I can see that I do that from time to time, especially when I think “life is too hard.” Why? Norris says, “Acedia will always take the path of least resistance and attempt to go around, rather than through, the demands that life make of us.”

Which is why we drink.

Or do other things to avoid the pain.

Is there any good news in this chapter?

Yes. Norris offers a traditional practice of observing one’s thoughts and letting them go, without judging them, a spiritual practice which she says is akin to cognitive therapy. She also encourages us to stop over-thinking everything, and to exercise more, which keeps serotonin at better levels. The goal of these practices, she says, is to “break the vicious cycle of persistent thoughts.” This doesn’t mean we won’t struggle—struggle is good, so log as we envision something better and don’t succumb to acedia. If we don’t struggle, as she notes Evagrius saying, “we become the playthings of our demons, no longer able to distinguish between what will enhance our lives and what will destroy us.”

And so I press on, remembering these final words from Evagrius:

“Endurance cures listlessness, and so does everything done with much care and fear of God…. Set a measure for yourself in everything that you do, and don’t turn from it until you’ve reached that goal.”

On a recent visit with one of my mentors, Jere Hoar (in Oxford, Mississippi) he reminded me of his words to me from many months ago:

“Finish your book and love your husband. Everything else is superfluous or distracting.”

I respect Jere and his words very much, but I will add loving my children and seeking God to those directives. May God have mercy.

1 thought on “>The Demons’ Playthings: Struggling Against Anomie”