>On the 9th day of Christmas (January 2) my true love gave to me… my first essay published in the new decade. For those who read my blog regularly, you’ve probably already read the “blog post” version of this essay, “The Glasses,” here.

If you really want to catch up, links to several more posts about my mother are here:

Pushing the Right Buttons January 2009. At the end of this post you can find links to the following essays: 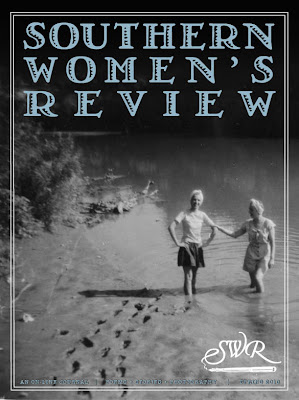 Back in September, I met the editors of the Southern Women’s Review at the Southern Womens Writers Conference at Berry College in Rome, Georgia. They encouraged me to submit an essay for their creative nonfiction section, which I did. I’m thrilled to see it in the first issue of the new year. Click on the link to the current issue and scroll down to page 36 to read “The Glasses,” which is a reflection on one of my many visits with my mother in the early stages of Alzheimer’s. This story took place when she was still in an assisted living facility, about six months before she fell, broke her hip, and had to be moved to a nursing home.

I’m honored to be in such good company in this issue, with Ellen Ann Fentress, 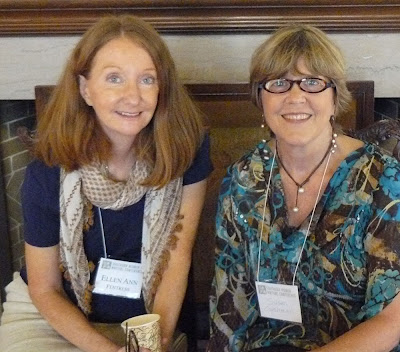 whose essays have appeared in The New York Times and the oxford g Writer prize from the ninth biennial Southern Women Writers conference. An MFA graduate of Bennington college, the Mississippi delta native writes on Southern culture and politics as a journalist and also teaches creative nonfiction at Millsaps college in Jackson. She is completing a memoir, hopefully a wry exploration of loss and revised hopes, entitled Mighty Forces of nature.” (this was her bio in the SWR) I met Ellen Ann at the Southern Women Writers, where we were both presenters. But Ellen Ann beat me out in the emerging writers contest! Her essay, “Oyster Anxiety,” appears on page 50 of the SWR.

Just this morning a friend send me an email with a link to this NPR story, “How E-Books Will Change Reading and Writing,” by Lynn Neary. She quotes Nicholas Carr as saying that the new technology (ebooks) will cause “a retreat from the sophistication and eloquence that characterized the printed page.”

She goes on to say that Time magazine book reviewer Lev Grossman says:

“It will be incumbent on novelists to hook readers right away. You won’t be allowed to do a kind of tone poem overture, you’re going to want to have blood on the wall by the end of the second paragraph. And I think that’s something writers will have to adapt to, and the challenge will be to use this powerfully narrative form, this pulpy kind of mode, to say important things.”

I hope they are both wrong. Not because I think I am personally capable of writing with sophistication and eloquence, but I am trying to write powerful narrative, and I hope there will still be an audience for it if I ever finish my memoir. It’s not that I’m opposed to blood on the wall by the end of the second paragraph, and I know I can do pulpy, but I’m aiming for literary prose, and if my readers want to ingest it on their Kindles, I won’t be opposed to that.

But I like to picture them enjoying the book cover, smelling the ink, stroking the pages, and letting their eyes—and minds—rest on certain words and phrases for a while before moving on.

Until then, I hope you enjoy “The Glasses,” even though you have to read it online. (It might also appear in a print journal later, but I don’t know that yet. I’ll keep you posted.) 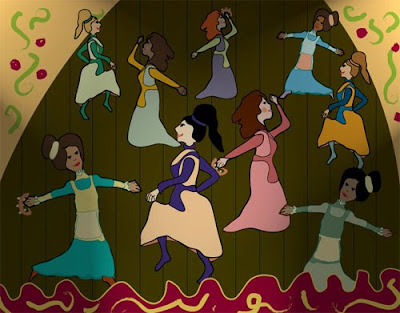 I hope you (and your 9 ladies) are dancing today! Go, Rebs! (watching the Cotton Bowl)