>As we approach the Feast of the Nativity of Christ, I have no words with which 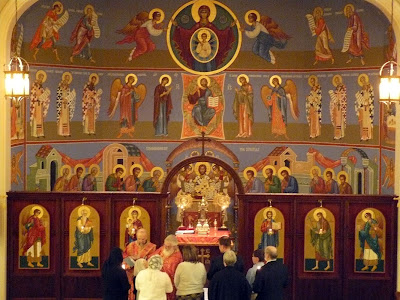 to adequately reflect on “the mystery hidden from before all ages and unknown even to the angels.” (Eph. 3:9) And so, I will share the words of others—written by theologians, painted by iconographers, and acted and sung by the children at St. John Orthodox Church. 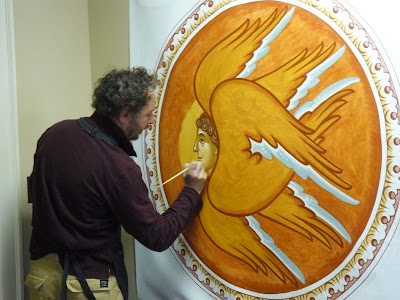 In the winter issue of “The Burning Bush,” the monastic journal of the Dormition of the Mother of God Orthodox Monastery in Rives Junction, Michigan, there are two excellent articles, “On the Nativity of our Lord” and “On the Incarnation.” I will quote briefly from these pieces, and if you’d like to receive the journal, you can leave your email address in the comment box or send an email to the monastery at dormitionmonastery@voyager.net. 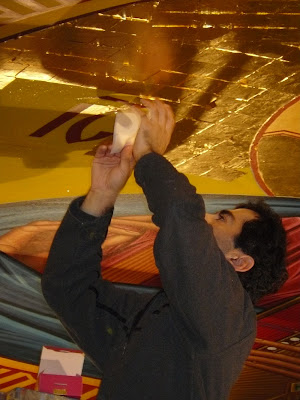 his treatise ‘On the Incarnation of the Word,’ Saint Athanasius says that ‘god was made man that we might be made God’ (Nicene and Post Nicene Fathers, Erdmans 2nd series, pg 65)…. The image has as its goal man’s deification. The ‘icon’ tends towards its prototype. Man looks for God in many ways: in science and technology, in philosophy and art; this searching is ingrained in man’s reasonable nature, so that for the achievement of his likeness and unity with God, the Incarnation of God Himself was indispensable…. 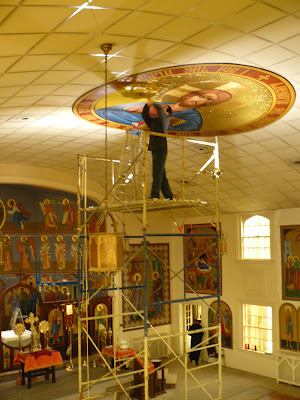 “No other religion in the world believes in a god who became man…. By taking flesh the Word of God is the expression of the Father whom we can see and touch; He was hungry and thirsty, He spoke, He walked, without losing His divinity; this is a prefiguration of how we are to be saved. The infinite takes on a human nature and human nature is united with the Infinite….

“God did not come down to earth to found religions. He came for the restoration of man; He came for His creation, not to make Orthodox or Catholics out of us. God became incarnate because he wanted to make man divine, to restore him to the same state to which He originally created him…. So the idea of the Incarnation, the idea of Christ—God becoming man—is in the center of everything, the goal of everything.”

This is why we paint icons, because God has redeemed matter through the

Incarnation, allowing us to depict His Son, His Mother, and His Saints, in images that will lead us to Heaven, that will ultimately save the world.

For the past few weeks, the Orthodox iconographer, Dmitry Scholnik, and two of his helpers, having been painting icons, installing icons, repairing icons, and painting decorative borders and backgrounds in the nave and sanctuary at St. John Orthodox Church. The Gospel has truly come alive in color on the walls and ceiling of our temple. (You can see an album with more photos here.) 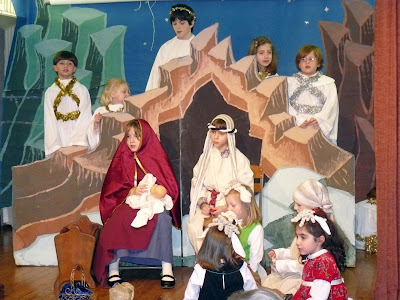 Our annual children’s Nativity Play was yesterday, and again the children acted out the traditional Christmas story against a backdrop designed to look like an icon of the Nativity. (The scenery was designed, constructed and painted by Nathan Elliott, who is an architect, and Julie Stanek, an artist, a few years ago.) If you’d like to see an explanation of all the parts of the Nativity Icon, click here, and then run your cursor over each part of the icon.

Again, more pictures from the play are in an album, here.

The children ended the play by singing the “Kontakion” (hymn) of Christmas, “Today the Virgin Gives Birth.”

So there you have it—theology, iconography, drama and music—all very physical means of communicating the spiritual. Because God is a spirit, but also because God became Man.

Christ is Born! Glorify Him!