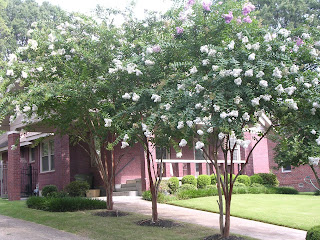 We bought our current home in 2001, three years after my father’s untimely death at age 68. My mother was already showing signs of Alzheimer’s, and I knew it was time to move her out of her home. Remembering how I felt twenty years earlier, when my folks moved my grandmother into a nursing home—I protested loudly that they should move her in with them—I told Mom I wanted her to live with us. I didn’t ask, I just told her. And then we bought a house with a mother-in-law suite for her, on the ground level and everything. Only problem was, she refused to move in 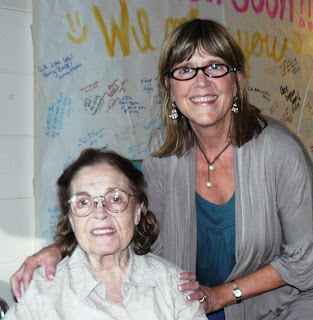 Turned out to be a good thing for her and us… she lived happily in an assisted living facility for three years, making new friends as she was gradually forgetting old acquaintances. And then she fell and broke her hip and we had to move her to a nursing home, one year ago. This is old news… if any of you haven’t been keeping up with my blog for very long, there are lots of posts about “Granny Effie,” that you might enjoy… I think they are kind of summarized here. That was a long introduction to what I started out to write about in this post…. our house. I’ve never liked it. At all. It’s well-built, in a nice neighborhood, a nice size, but… something’s missing. When I was trying to describe this to a friend once, I said, “it has no soul.” The architectural design (or lack thereof) is part of the problem. But I think over the eight years that we’ve lived here, my attitude of dislike has rubbed off on the house. 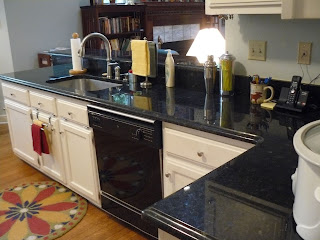 ighborhood with lots of soul and tried to buy it, but we couldn’t sell this one, so we had to let it go.We decided to watch the market for a while, and eventually do some upgrades to make it competitive with other houses for sale in its price rang and try again.

So here we are…. Replacing formica countertops with granite (it’s called “Verde Peacock”) and the old sink with a single under-counter stainless sink and brushed nickel faucet. The old electric oven was replaced with a new GE Profile Convection oven and gas stove top and ta-da! New kitchen. 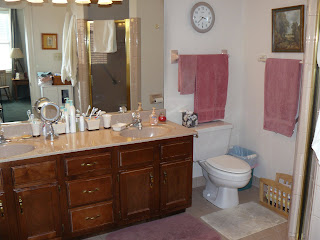 The master bathroom only had a shower, so we had a jetted tub installed, new tile floor and shower wall, old brown vanity cabinets painted white, all fixtures replaced with brushed nickel, and again, ta-da! New bathroom. (Not finished yet, so pictures will come later. Here’s a “before.” Notice the brown cabinets, no cabinet above toilet, and the shower which you can see in the mirror.)

Oh, and we had the walls painted in the bath, bedroom, den, kit 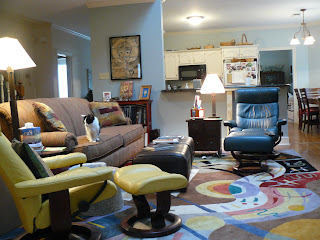 chen and below the chair rail in the dining room and front hall. The colors have cheered my heart as much as the new countertops and appliances… most of the walls were off white for eight years, and I LOVE COLOR!

In the den we chose “Dusty Miller” and in the kitchen a lighter but similar shade… sometimes looks grey, sometimes green, sometimes blue.
For the bedroom we chose “Palomino Gold” and for the master bathroom, “Island Sand.” It all flows together beautifully! Tomorrow they’re 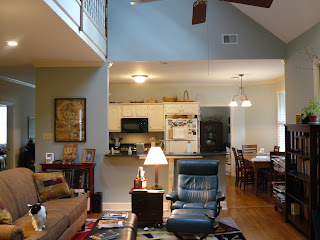 painting the front door a deep green… the exterior is red brick and the door has a glass panel, so the green will frame it. It’s in the same family as the green beneath the chair rail in the front hall, so the door “introduces the interior of the house” as you enter. That’s what Bob Graham, one of our builders told me, when he helped me choose the color.

Bob and his partner, Barry Cantrell, have been fabulous. They did the “demolition” work and most of the “heavy work” while we were in Florida last week. At the end of every day, Bob sent me an email with an update of the day’s work. He always included a line or two about Oreo, our 20-year-old cat, and how she greeted them at the door, followed them from room to room checking on the work in progress, and then finally settled for a nap in my yellow chair in the den or up front on the guest bed. I had been worried how she’d do with all the construction and us being gone, even with Caitlyn “house-sitting” … she dropped by every morning and evening to give her food, water, clean litter box, brush her, bring in mail and paper, etc. It takes a village.

So when we got home from Florida Monday night we were blown away by the dramatic difference the work was making. The next day when Bob came over with paint samples for us to choose for the bathroom, we did a walk through together and he smiled gently and said, “It’s getting some soul, don’t’ you think?”

I smiled back and nodded.

It’s not that I think we’ll want to stay here instead of looking for a different house with more office and living space and less bedrooms, on a different street, with an attached garage, etc… it’s just that I’m through putting the house down. It’s like the Skin Horse said when the Velveteen Rabbit asked him about being real:

“Real isn’t how you are made,” said the Skin Horse. “It’s a thing that happens to you. When a 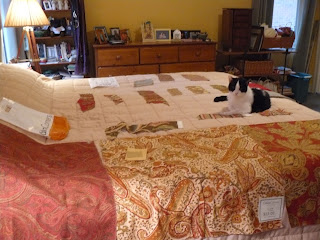 child loves you for a long, long time, not just to play with, but REALLY loves you, then you become Real.”

Maybe that’s also how houses get souls. I think I’m starting to love my house.

Yesterday and today I was out shopping for new towels, bath mats, kitchen stuff, and fabric samples for a custom-made bedspread. Came home with over a dozen samples! Oreo is helping us decide. 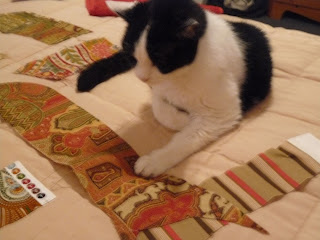 I think her favorite is the same as Bob’s. Husband hasn’t weighed in yet. 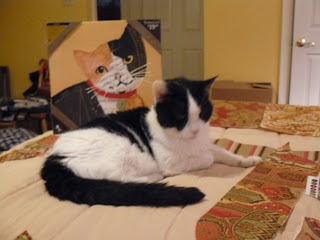 in the bathroom, right over Oreo’s water bowl. 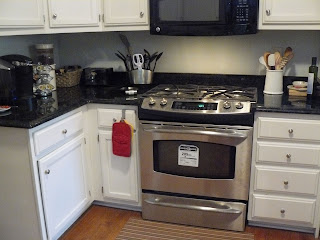 Here are a couple more shots of the kitchen and front hallway. Will add the bedroom and bath later. Thanks for reading! 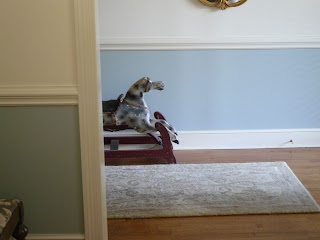