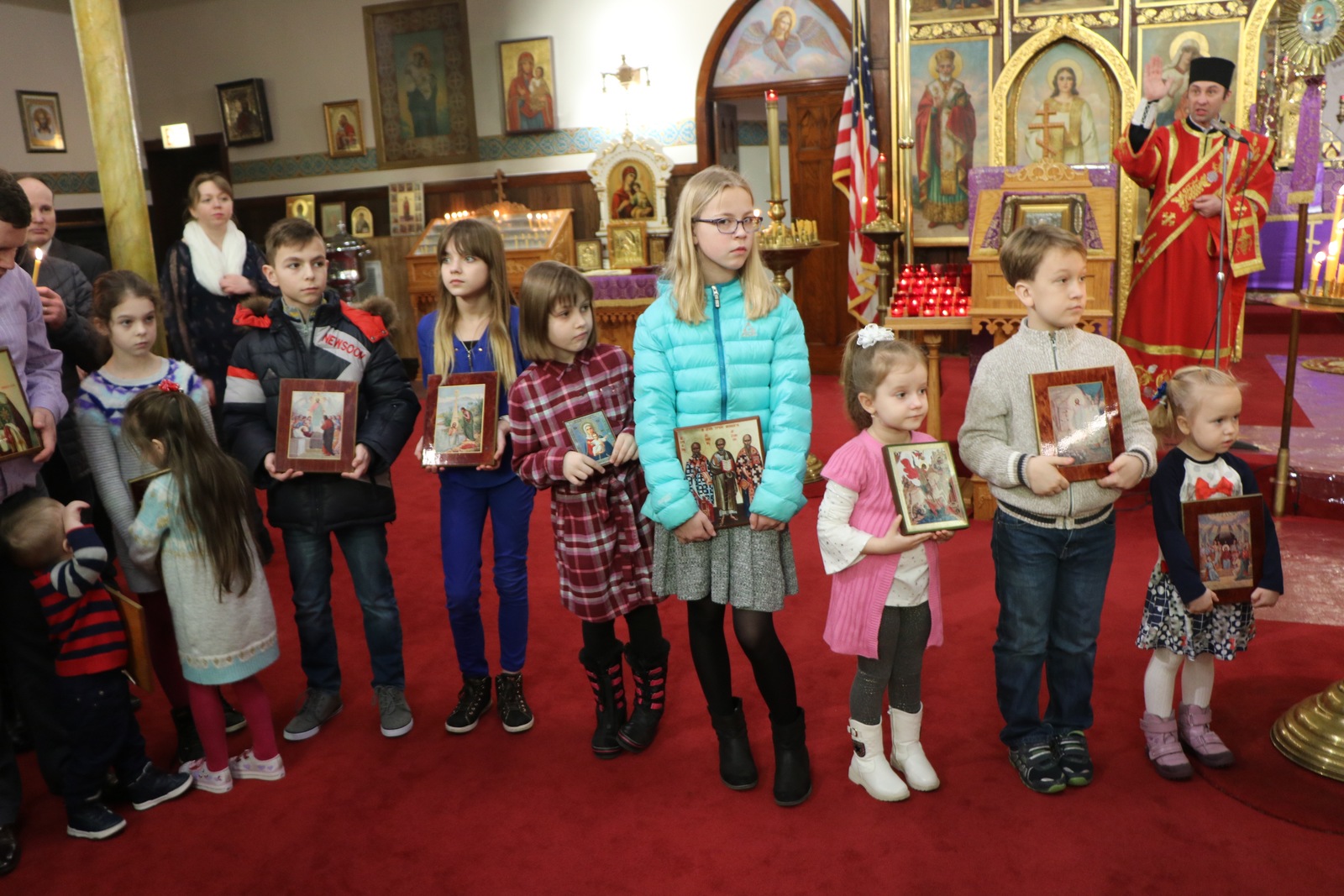 The above photo is of a group of children holding icons at St. Volodymyr Ukrainian Orthodox Cathedral in Chicago. Click the link for the website, which contains ways to contribute to the humanitarian aid for Ukraine.

The Sunday of Orthodoxy

This Sunday, March 13, is the first Sunday of Great Lent for Orthodox Christians all over the world. In many cities—like Memphis where we live—members of several or all the Orthodox churches gather in one place for this service. The clergy and parishioners of our church, St. John Antiochian Orthodox, join with those from St. George OCA (Orthodox Church in America) at Annunciation Greek Orthodox Church for this special service, because they have the largest nave (called the sanctuary in Protestant churches). So, what’s this Sunday all about? And why is it set as the first Sunday of Great Lent?

Icons and the Incarnation of Christ 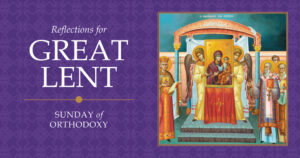 Icons? Yes. Icons are more than religious art. As stated in this article, “Icons and the Incarnation,” on the website of the IOCC—International Orthodox Christian Charities:

“Icons also affirm for us a very foundational and fundamental truth of Christianity: that is, the Incarnation of Christ, that God became man. The invisible became visible, the intangible became tangible, the unseen is now seen in the person of Jesus Christ.”

I wrote more about the place of icons in the spiritual life of Christians and the liturgical life of the Orthodox Church in this article, “Icons Will Save the World”—from First Things (12/20/2007)

And here’s a short piece with more links about the Sunday of Orthodoxy, from the Antiochian Orthodox Christian Archdiocese website.

After years of fighting over whether or not icons should be part of the worship of the Orthodox Church, the issue was settled at the 7th Ecumenical Council in 787 A.D., which upheld the use of icons in the Church. 367 bishops were present. Part of the Council’s declaration reads:

“We define that the holy icons, whether in color, mosaic, or some other material, should be exhibited in the holy churches of God, on the sacred vessels and liturgical vestments, on the walls, furnishings, and in houses and along the roads, namely the icons of our Lord God and Savior Jesus Christ, that of our Lady the Theotokos, those of the venerable angels and those of all saintly people. Whenever these representations are contemplated, they will cause those who look at them to commemorate and love their prototype. We define also that they should be kissed and that they are an object of veneration and honor (timitiki proskynisis), but not of real worship (latreia), which is reserved for Him Who is the subject of our faith and is proper for the divine nature, … which is in effect transmitted to the prototype; he who venerates the icon, venerated in it the reality for which it stands.”

The Triumph of Orthodoxy

In 843 the veneration of icons was solemnly proclaimed at the St. Sophia’s Cathedral. Monks and clergy came in procession and restored the icons in their rightful place. The day was called “Triumph of Orthodoxy.”

Watch this short film from Trisagion Films for a beautiful presentation about “The Triumph of Orthodoxy.”

Who is So Great a God as Our God?

After a processional with icons—sometimes the clergy are joined by children or all parishioners holding icons—this hymn is sung: (CLICK LINK TO LISTEN . . . it’s beautiful!)

Who is so great a God as our God?

He is the God who does wonders!