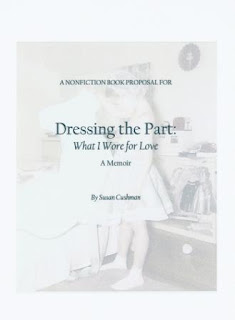 Well, it’s out there. I sent my book proposal to a literary agent in New York City today! And suddenly I feel… 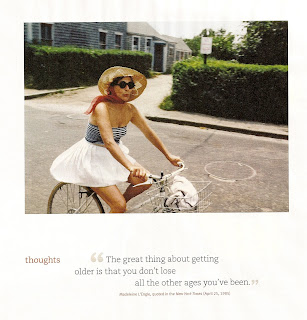 All at once. Like this woman riding a bicycle, in the May issue of Real Simple Magazine. I love the quote (it’s RS’s “Thought” for the month) from one of my favorite writers, Madeleine L’Engle:

The great thing about getting older is that you don’t lose all the other ages you’ve been. 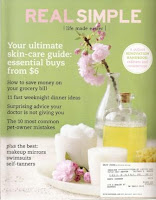 eccentric for the folks there. So maybe she’s on the east coast somewhere. I’ve been staring at this picture for a while. It’s a kind of reality check. Like writing a memoir. As I finished the chapter outline for the book, I thought about L’Engle’s words again… that maybe I’m not losing all the other ages I’ve been. And unlike that cliché that Bruce Williamson made popular back in the 80s—It’s never too late to have a happy childhood—I’m thinking, it’s never too late to make peace with your unhappy childhood…and to be a fully realized adult.

Two articles in the new Poets & Writers spoke to me about my writing. The first is Stephen Corey, editor of the Georgia Review (which has rejected several of my fiction pieces, but I haven’t sent them any essays yet) and author of nine collections of poetry. Here’s his take on the work he sees and the work he’d like to see submitted to the literary journal he edits:

Well, more people are sending out and publishing what they now call… “creative nonfiction.” In the mid-1980s we received perhaps two to three hundred essays annually, but now that count has increased at least fourfold—except that most of the pieces we receive are not essays anymore, but autobiographical narratives and reminiscences that read more like sentimental journal entries than thoughtful and rigorous considerations of experience. Everyone has experiences; we as writers must make something of them, in both language and idea.

That’s what the best memoirists do… writers like Anne Lamott, Haven Kimmel, Joan Didion, Mary Karr and others. As I read these amazing stories, sometimes I look at my life and wonder if it’s interesting enough. Corey’s words about making something of our experiences pretty much define the job of the creative nonfiction writer.

The next article in Poets & Writers that caught my eye was “First,” the Practical Writer column. 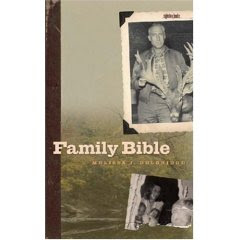 Amy Rosenberg writes about Melissa Delbridge’s memoir, Family Bible. The first thing I noticed (with great hopefulness!) is that the author is 55 years old and this is her debut collection of essays about growing up in Tuscaloosa. Yea! Maybe I’m not too old! But then I read the article, and again, like Karr and the other memoirists I admire so much, her life is full of craziness that makes for good story fodder. But she goes beyond just recounting the crazies. As Rosenberg says in the article:

In presenting individuals who are indeed incestuous, slow-witted, fanatically religious, and all the rest, Delbridge insists on understanding, pushing herself, both as a writer and as a character in her own tale, until she finds compassion—even for Mary’s deranged husband or her own transgressive stepfather.

And as Delbridge puts it:

I’m taking characters and people who are familiar to anyone who has read Southern fiction or lived in the South, and I’m twisting them around to show the real people underneath, people with complicated inner lives.

Now that’s what I’m talking about. And trying to do with my own writing. My two writing critique groups and a couple of “early readers” are helping me try to find that compassion and paint those images with multiple dimensions, reminding me that no one is all good or all bad, and yes, all of us have “complicated inner lives.”

Another helpful thing in Rosenberg’s article is her section about structure. One of my early readers expressed concern that the time frame of some of my chapters overlap, which he thinks might be confusing for the reader. But as I follow a theme throughout the book, I’m also thinking about letting each chapter stand on its own, as a complete essay. As Rosenberg says:

… the publishing industry has been so frenzied for memoir over the past decade that the category has become a stale one, its examples too often feeling contrived or trite, or just leaving the reader cold. Delbridge rises above the label, refusing to impose an artificial structure on her tale and instead stringing together a series of essays, each capable of standing alone. The result is a personal history in which the silences between—and within—chapters leave much to the imagination and enrich the words that appear.

So, once I get past anxieties over the mechanics of the book, I’m kept awake at night worrying about how it will be received. (Presumptuous anxiety, since it hasn’t even been accepted by an agent, much less a publisher.) As I seek to finding healing for myself and others in telling the truth with compassion, Delbridge’s words are helpful:

I’ve tried to write about people, even those I feel wronged me, with understanding and in a spirit of forgiveness…. But with honesty as well. I don’t worry so much about anyone not liking what I have to say. What kind of relationship that’s worth having requires holding back your truth?

I welcome my readers’ thoughts, either privately to my email box (sjcushman@gmail.com) or join the online discussion here, by leaving a comment. If you don’t know how to leave a comment but would like to, just click on comment below and follow the instructions… it’s free to create an account and only takes a few minutes. Or, you can just send me an email and ask me to publish it as a comment. I’d love to hear from you.