>I’ve been struggling with what to write today. There are lots of reasons for my hesitancy—traveling, house renovations, depression—and honestly, I think I’m just bored with my own words. And so I think, if I don’t like my writing, why would anyone else want to read it?

But there’s more to it than that. At the bottom of my emptiness is a beast roaring to be fed, and I think his name is Ego. Ego is always starving for something—attention, food, drink, praise. And Ego has found a new drug. It’s name is Facebook.

All this came strongly to mind during a conversation I had with two friends his past Saturday. We were talking about the social media. Here’s how it went:

Friend 1: I think you should write shorter status updates on Facebook and save your energy for your blog posts.

Me: That’s probably true… in fact, I should probably write shorter blog posts and save my energy for my essays and memoir-in-progress. But writing is such a lonely task, and I crave the instant gratification I get from Facebook.

Friend 2: But does it isolate you even more from friends? How many people that you correspond with on Facebook are people you talk with on the phone or see in person regularly?

Me: Very few. In fact, my phone rarely rings, unless it’s a salesman or repairman, or an out of town friend or relative. And almost all of my personal interactions with people are initiated by me. So, basically I’m lonely and feel unloved and so I reach out on FB because it gives a sense of intimacy.

Me: Sometimes. Like when people I would never see in person (because they have lots of little kids and live far away, for example) and I have chats on FB… that’s kinda nice.

Friend 1: I like it for that reason, too. I’m not saying not to do FB, but not to write such long posts or so many. I’d rather read your longer pieces on your blog.

Friend 2: But do you think people spend all this time on FB instead of having personal encounters?

Me: Hmmm. Possibly. But I think the greater question is still one of real vs. false intimacy. Of course you can have false intimacy in person as well, but I’m wondering if an imperfect personal relationship isn’t better than the isolation that internet addiction can bring. I mean, after I spend hours on email and FB (and sometimes Twitter) I don’t come away feeling better. The “feel good” only lasts briefly, kind of like a sugar or carbohydrate high.

Now, if Friend 1 and Friend 2 are reading this, they might be thinking that’s not exactly what they said, but I think I’ve captured the gist of the conversation. And their words have been in my mind all week. But I don’t know if I’m going to be able to make a clean break with the sugar and carbs. I might have to come down gradually… setting limits on how many times a day I get on FB, or how long I spend each time. And get back to writing a serious blog three times a week. And I want to write two more essays for publications with due dates at the end of November and December. And then there’s the book, the most difficult task at hand. Well, next to personal relationships of course, 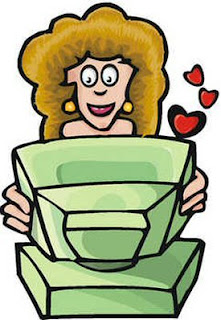 including my relationship with God.

As I was starting this post, for some reason the old song, Until the Real Thing Comes Along,” came to mind. I love the way Billie Holiday sings it. I wonder if the way I feel about the social media isn’t a bit like her words:

“If that ain’t love, it’ll have to do, until the real thing comes along.”

3 thoughts on “>Until the Real Thing Comes Along”