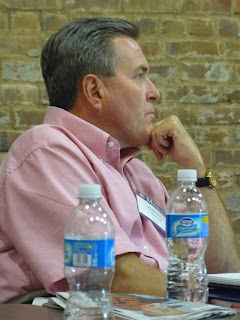 Michael writes for 4-5 hours every day. Five days a week. He’s the newest member of our Yoknapatawpha writers group that meets in Oxford once a month. He wrote the first draft of a novel this past year and is now beginning revisions. He also works out every day. His self-discipline inspires me. So I began the week like this:

Monday: two hours reading and research, three hours writing and revising, and one phone call to a Pilates instructor to set up my first private session, which is today.

Tuesday: Pilates session is at 11:30, so I had planned to spend the morning writing. But that was

before I opened the July/August issue of Poets & Writers Magazine, which arrived in my mailbox yesterday. So, now it’s 9:30 and I’ve already spent two hours of my morning between the covers…. of what many consider to be the best craft magazine in the business.

I’ve just poured my third cup of coffee and floated over to my computer to post on my blog before heading out to the Pilates studio. Hope I have time to get it done. Here goes.

In every issue of P&W I always turn first to “The Literary Life” column. This month it’s called “The Art of Reading Andre Dubus,” by Joshua Bodwell. The subtitle is “We Don’t Have to Live Great Lives.”

I’m hooked already. As I continue to read best-selling memoirs, it’s easy to become discouraged that my life isn’t interesting enough (which is only partly true) or I’m not famous enough (which is totally true) … but I’m reminded again and again that it’s about the craft itself. So I read on…

Oh, and I forgot to mention the other reason I was drawn to this article… it’s about Andre Dubus… the uncle of Delaune Michel, the author I met in Jackson, and again in Memphis, at two of her readings/signings for her new book, The Safety of Secrets, which I am really enjoying. Delaune had mentioned being from a literary family, but I had never heard of Andre Dubus, or his son, Andres Dubus III, who wrote House of Sand and Fog. (Both to my shame.) The senior Dubus is known for his short stories, with comparisons to Anton Chekhov and Raymond Carver. But it’s Bodwell’s descriptions of Dubus’ style that captivated me:

“… hallmarks of Dubus’ work: tenderness, hurt, courage, redemption…. His work was not easy; the stories were fraught with hard moments of loneliness, heartache, violenc,e adultery, rape, murder, and abortion. ‘I think honest writers write about what bothers them,’ Dubus once said of his choice of subject matter.”

I can tell it’s going to be hard to limit my quotes from this article, so please please please, writing buddies, read it yourself, here.

But I can’t refrain from mentioning a few more things about Dubus… who chose short stories over longer fiction, for the most part, because he loved compressing the action and had an incredible talent for it. But at the same time, as Bodwell tells us, “Yet even as he whittled his stories down to their cores, Dubus infused them with both psychological breadth and emotional immediacy….His stories search deeper into the human soul than many writers dare reach.” 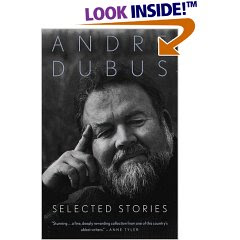 He points to Dubus’ short novel, Voices from the Moon, where he “balances the themes and preoccupations that define his oeuvre—religion, guilt, compassion, sex, spirituality, tenderness, acceptance, violence, and morality—and he does it from the shifting viewpoints of a father, son, mother, daughter, husband, wife and lover…. Near the end of the story, Richie’s long-suffering mother… explains that she likes her co-workers because they don’t have any ‘delusions’ about life. ‘We don’t have to live great lives,’ she says, ‘we just have to understand and survive the ones we’ve got.’”

That was one of Dubus’ fiction characters speaking… but I took her words to heart as I unfold the lives of my non-fiction characters on the pages of my memoir. And Bodwell reminds us that “The best of his work leaves us feeling uneasy and vulnerable from the shock of recognition—nervous that this man not only knows our secrets, but that he might understand them better than we do…. His stories offer what only great art can: They provide counsel for the heart.”

I know I put this quote in my blog within the past week or so, but I can’t help repeating it here, because Bodwell’s description of Dubus reminds me so much of these words of Leo Tolstoy:

Art is a microscope which the artist fixes on the secrets of his soul and shows to people those secrets which are common to all.

That’s exactly what Dubus’ niece, Delaune Michel, does in her book, The Safety of Secrets, which I’m about half way through now and loving it more and more.

So, as I continue to find the right mix of reading and writing, I’m also encouraged by the words of Janet Silver, editor-at-large for Nan A. Talese’s imprint at Doubleday, in the fourth in a series of articles in Poets & Writers called, “Agents & Editors,” when she says:

“I find that the best writers, the most ambitious writers, are the greatest readers….”

And I’m also encouraged by her words to beginning authors who are submitting their work to agents for the fist time (like me):

“The one thing that every aspiring novelist and story writers should know is that it’s really about personal taste…. I tend to like character-driven fiction by writers who are sort of pushing their own ambition and their own vision.”

I think this could apply to non-fiction as well… and I’m hoping there’s an agent out there somewhere who will be excited to see me pushing my own vision. 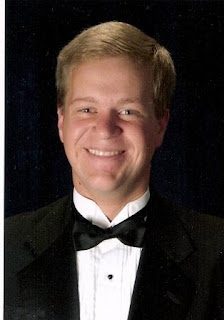 celebrating who we are, at whatever stage in our lives we find ourselves…. I started thinking about this last week when I received a high school graduation announcement from my cousin, Joshua, who lives in Mechanicsville, Virginia. Josh’s grandmother was my dear, dear Aunt Barbara Jo, (my father’s sister) who died of cancer three years ago. His father, Tommy, is one of my five first cousins. (I’ve got a fairly small family for a Southern girl.) So, when I received the announcement, I was thrilled to see Josh’s picture (I hadn’t seen him in three years) and to read that he’s planning to study music and conducting in college and grad school. He already looks like a conductor, doesn’t he? Congratulations to Josh and all graduates everywhere who are pursuing their dreams….

I’ve always been a sucker for “Fame,” …. And for some reason the song, “I Sing the Body Electric,” came to mind as I thought about how exciting it would be to be young and embarking on a career in the arts…. So I looked up the lyrics to the song and guess what? They’re based on a poem by Walt Whitman. I love how connected the arts are…. But once I found videos of the musical numbers in “Fame,” I was glued to my computer (late yesterday afternoon, after writing for three hours) …. Watching scene after scene.

Here’s the one from the graduation scene in the movie, where they do “The Body Electric,” From there, you can find lots of others if you’re a groupie like me.

And my advice to grads: Try to hit it over the fence, but remember the words of Andre Dubus’ character: “We don’t have to have great lives, we just have to understand and survive the ones we’ve got.”

1 thought on “>We Don’t Have to Live Great Lives”