>One of my favorite “last lines” from a movie is from Pretty Woman (btw, that’s my favorite dress that Julia Roberts wore in the movie!) … it’s actually repeated from an early scene in the 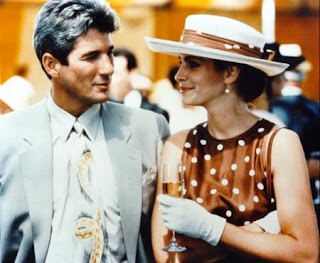 movie, where the “happy man” (played by Abdul Salaam El Razzac ) is walking along the street, shouting out to anyone who will listen:

I was reminded of how big people’s dreams are by two things this week: 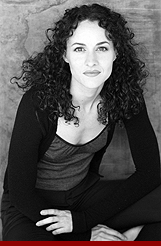 First, at the book reading and signing by Delaune Michel on Monday night at Davis Kidd Bookstore. Delaune, a native of Louisiana, was an actor in LA for a while (she lives in New York now and is concentrating on writing her third novel and raising two children!) so she brings the experience of chasing her dream to her book, The Safety of Secrets, (watch a great interview with Delaune here) which is about two young actresses in LA. Delaune told us (at the reading Monday night) that living in LA is tough on writers… that the lifestyle there is so superficial and competitive, but also everyone’s into everyone else’ business all the time. Whereas, in New York, you can pursue your “dream” of acting or writing or whatever, and people around you just treat you like a human being, for the most part. Delaune said she got it out of her system—acting, that is—and is enjoying writing and motherhood. I guess you could say she’s living her dream.

The second thing that brought this dream thing to mind was watching “America’s Got Talent” last night. Of course it’s always painful to watch the people who have no talent (but think they do) being humiliated publically… but the personal interviews always inspire me… and the thousands of people who all seem to have a dream of performing on stage in front of people. I get that. 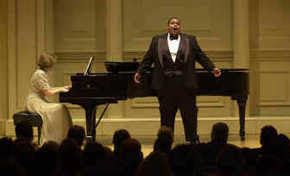 opera performance, I sat on the couch in my den at home and wept. Especially when he paid tribute to his mother and received the accolades with such humility. He reminded me that you can have a dream to perform your art without being all caught up in yourself. As Madeleine L’Engle said, “we serve the art.” 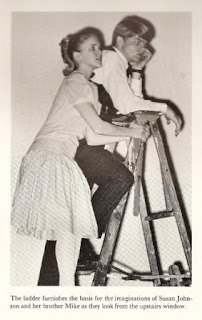 When I was young I wanted to act. From the time in third grade when I didn’t get to be the princess but ended up being the witch in our school play, to my special moment in the spotlight when I shared the stage with my brother in our high school’s production of “Our Town,” (left) to the hilarious days of theme parties where a bunch of us dressed up as our favorite stars and sang (or pantomimed) our hearts out for each other. But those dreams have passed, and now I know that what I really want to do is write. Well, that’s what I’m doing, actually, so I guess I’m living my dream. But, even with four published essays, my dream won’t really be fulfilled until I see my name in print on the cover of a book.

So, whether or not you agree with Oscar Wilde, who said “Life imitates art far more than art imitates life,” you have to love Leo Tolstoy’s words:

Art is a microscope which the artists fixes on the secrets of his soul and shows to people those secrets which are common to all.

Which is why we love Arlo and Janis, right? And song lyrics that sound like they were written just for us? And novels that take us into the hearts and souls of characters and places we either identify with or long for. And personal memoirs that make us realize that we are not alone in whatever experiences—good or bad—we are given in this life.

So, I’m listening to the voice of the “happy man” saying, “welcome to Hollywood—what’s your dream?” and I’m imagining that question being asked me by my best friend or my daughter and I know the answer. Jere Hoar said it at the Yoknapatawpha Summer Writers Workshop in Oxford a few weeks ago:

“Try to hit the ball over the fence—you won’t, very often, but you might, sometimes!”

My dream is to hit the ball over the fence with my writing. I want to make it sing like Neil Boyd did last night.

When I was a little girl, my favorite movie was South Pacific. One of my favorite songs was “Happy Talk.” Watch a video of the song here.

It’s pretty simple, really: if you don’t have a dream, how you gonna’ have a dream come true?