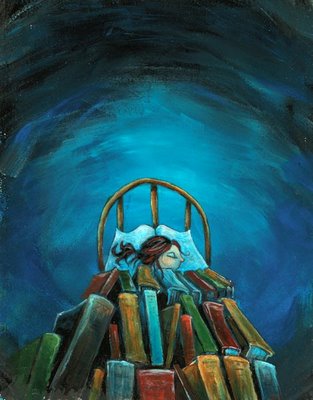 When I woke up on this cool, rainy morning, I moved slowly, not wanting to leave the comfort of bed or the intrigue of a dream. The dream involved miniature ponies being attacked by ferocious lions. In a coffee shop full of strangers except for one person with whom I have a complicated, but not intimate, relationship.

Coming downstairs to the coffee maker in a bit of a mental fog, I finally settled down in my office. Nothing like Emails and Facebook to pull you back from the dream world. And then I remembered that today is Wednesday, the day I blog about writing.

Since I’m almost finished with revisions on my piece for the Shoe Burnin’ Anthology, I’m anxious to get back to work on my novel, The Secret Book Club. I’ve been too busy with travels, family, and working on the upcoming 2013 Oxford Creative Nonfiction Conference (which I’m co-directing and which begins one week from tomorrow!) to get back to the novel in over a month, and I miss it terribly. It will be another month before I’ll have some larger pieces of “protected time” for this work, but I want to find a way to make use of a half-day here and a few hours there, which is hard for me. Like today, when I expected to have about five hours of uninterrupted time to write, and yet family members and unannounced repairmen traipsed in and out of my morning for two of those hours already. And so I try to redeem the time that is left before a 3 p.m. appointment.

My friend, the Nashville writer and radio show host, River Jordan, shared these wonderful words on Facebook this morning, and I found myself reading them aloud, calling this my “writer’s prayer”(and printing it off to put beside my computer):

Creator of the deep, of the secret places, of the wide, blue skies – open in me a place today that may be willing to create. To write words worthy of my breathing, to paint images of human longing, to sing of heart’s satisfaction. Help me to capture the softer edges of our existence to share with my people now and forever. Let there be a hush, a holy hush, in the space of my beating heart that embraces all that is good, all that is well, all that will stand the test of time. Empower me to translate this amazing existence we call life. Amen. 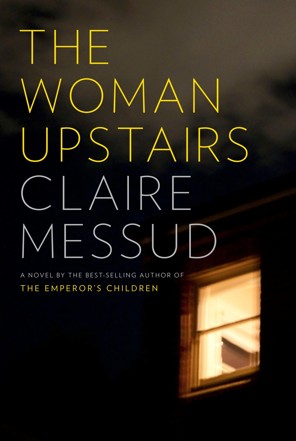 Translating this existence we call life. A wonderful goal for a writer, yes? And a goal that I think Claire Messud embraces. (Messud is best known for her novel, The Emperor’s Children. She is married to literary critic, essayist and novelist, James Wood.)  I just read Michael Washburn’s wonderful article about Messud in the May/June issue of Poets & Writers Magazine. (Read a review by Ron Charles of the Washington Post here.) But Messud’s award-winning prose doesn’t just capture, as Jordan prays, “the softer edges of our existence.” Her work champions the place of women in every nook and cranny of society, in every age. Speaking about her new novel, The Woman Upstairs, Messud says: “Ten years ago wasn’t so good for women, but now it’s unquestionably not good for women.”

As only one example of how things are not good for women, Messud points out a conversation she had with a woman who is a dorm mother at a boarding school, where the girls get up at 5:45 a.m. to do their hair before classes every morning. She said that when she was a student in the ’80s, that wasn’t the case. So the girls are getting an hour less sleep than the boys, because of superficial cultural expectations. And wives and mothers—even in homes where husbands and fathers are stepping up—still have those expectations to bear.

Messud loves a good rant. She teaches one course a year at Hunter College in New York City, and travels from her home in Cambridge once a week for the class. Juggling teaching, writing, and her home life as wife and mother, she says:

I’ve always wondered about this…. What does it take to command assistance, to have the world arrange itself for your work?

As it often seems to do for men and their work. Like the repairman who showed up—WITHOUT CALLING, AGAIN—this morning. I’m sure it was a convenient time for HIM.

The Woman Upstairs explores these issues and more through the searing voice of Nora, the protag. Nora is an elementary school teacher caught between the mundane life of her chosen career and the seductive call of the world of art. Washburn says of The Woman Upstairs:

The book may be a rant, but like the best rants, the novel relies on a virtuosic synthesis of anger, social awareness, and aesthetic performance.

As I read those words, I think, isn’t my work a bit like that? Or don’t I at least aspire to include those elements? As Messud’s friend and fellow novelist, Peter Carey, says of her latest novel:

It takes the entire novel to fully grasp the immensity of the project, which you could say is ‘what it means to be a female human being,’ but is, more particularly, a study of love, art, ruthlessness, ambition, self-limitation, anger and desire.

I’ve got two hours left to pour those feelings into the next chapter of my novel. Loaded for bear, here I go. And yet, I’m pretty sure my husband will be arriving home from work for lunch any minute now….