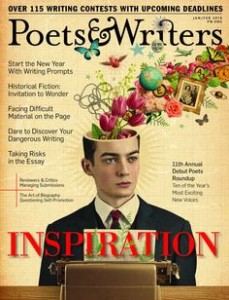 The January/February 2016 issue of Poets & Writers Magazine has a terrific article by Tom Spanbauer, author of five novels. Spanbauer teaches “Dangerous Writing” in his home in Portland, Oregon. What is it?

To write dangerous is to go to parts of ourselves that we know exist but try to ignore—parts that are sad, sore; parts that are silent, and heavy. Taboo. Things that won’t leave us alone.

That’s just a snippet at the beginning of a meaty article which was excerpted and adapted from a talk Spanbauer gave at the Pacific Northwest College of Art in Portland, Oregon, for Poets & Writers Live (www.pw.org/live )on October 17, 2015. There’s so much to glean from this article. I’ll only share a few things that stood out for me.

Spanbauer refers to the writer’s stories as his battlefield, and encourages us to go there in order to reflect the truly human side of ourselves, which is what makes writing truly engaging. As he says:

There is no one who is human who is not in battle. So since there’s a battle going on in inside all of us, why not acknowledge that this battle is what defines us as humans and start writing about how it feels to be in this perpetual battle? We can write to the larger question of human suffering by writing of the struggle that exists in our own hearts. 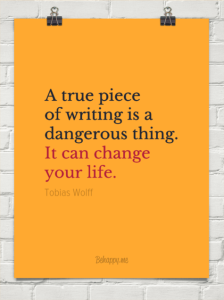 I can relate to this in my own writing, especially my first two attempts at writing memoir (both of which are on the shelf for now) and in my dozen or more published essays. Every (good) editor and (good) writing group I’ve worked with has pointed out to me over and over again the importance of being transparent about my feelings. Friends and family who know me well are probably thinking I don’t need help expressing my feelings, but it’s one thing to “over-share” and another thing entirely to write in such a way that your stories—even and maybe especially the fictional ones—reveal universal truths in a powerful way.

But Dangerous Writing is about much more than transparency and emotional honesty. It’s about voice—specifically what Spanbauer calls the “redemptive voice”—and about making our words sing. It’s also about scene-building, loving your objects, and creating places to slow down the pace so that the reader will pay closer attention to the details. It’s about things like “disclosure” and “conjurance.” Don’t those words make you want to read more? Check out this article if you’re a writer… or if you’re an attentive reader who wants to learn more about the craft you enjoy as a consumer.

I’m about to begin yet another round of edits on my novel, as soon as I receive the next overview from the editor. At the same time, I’ll be editing more essays for the anthology I’m putting together, as they are due to me by tomorrow! Spanbauer’s words will be in my head as I respond to the stories these incredible authors are sharing with me. I was emailing with one of them the other day and it was obvious that she is writing from her battlefield, and her words are powerful. She has followed Spanbauer’s advice without even knowing it:

By forcing the writer to look at an event that changed her life, she has to come to terms with something that is intimate…. So immediately the story has roots in the psyche of the writer. By going to her own heart and her own memories and her own pain, the writer knows the setting… the characters… the conflict….

I hope that each of the women who are writing essays for A Second Blooming are courageously storming through that battlefield these final days before the deadline. I know these women personally, and I chose them for this anthology not only because of their writing skills but also because I believe they have indeed made it through that battlefield into a second (or third or fourth) blooming. Can’t wait! 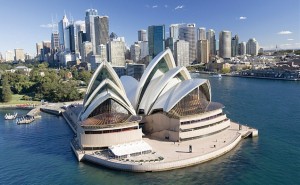 This is my final blog post for 2015. Just got an end-of-year report from Jetpack, which monitors traffic to my blog. Here’s an excerpt:

The concert hall at the Sydney Opera House holds 2,700 people. This blog was viewed about 34,000 times in 2015. If it were a concert at Sydney Opera House, it would take about 13 sold-out performances for that many people to see it.

In 2015 I published 154 new posts, which were read by people in 139 countries! Thanks to everyone who visits, reads, and leaves comments at Pen and Palette. To subscribe and receive email updates, scroll down to the bottom left of this post and leave your email address. Please keep reading in 2016, and Happy New Year!