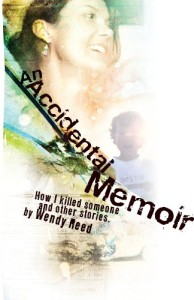 Unusual. Odd. Offbeat. Those are words that Don Noble used in his review of Wendy Reed’s new book, An Accidental Memoir: How I Killed Someone and Other Stories (New South Books). He goes on to explain that the book earns those descriptions because it’s a mix of three genres in one volume—short stories, essays, and memoir. Unusual? Sure. Odd? Not for Southern prose. Offbeat? Again, Reed is from Alabama, and her work has garnished comparisons to Flannery O’Connor: flawed people, dark humor, disastrous events and moments of spiritual grace.

Maybe it’s because I’m an artist that Reed’s use of “mixed media” in this volume of prose doesn’t strike me as “odd.” Visual artists do this all the time. They mix paint with paper and found objects and create all sorts of three-dimensional pieces. I have some mixed media pieces hanging in my office right now, and I love the vibrancy of their layers. Reed’s book is also vibrant. As she says in her introduction to her “Essays and Stories,” which are part of the section of the book she calls “Aftermath”:

The mind’s way weaves meaning, marrying mystery with mistress. Why am I putting in essays and stories? The truth is I don’t know why. When I wrote this I was looking for meaning. I guess this is how I hunt. This is what came after. I wish that when you read them I could know what you think. I’d like to know what you make of the aftermath.

If you haven’t read the book yet, you’re probably asking, aftermath of what? “How I Killed Someone,” the 73-page memoir which closes the book, tells the story of a fateful accident that happened back in 1996 on a rainy day on Interstate I-65 in Alabama. Reed’s car hydroplaned, crossed the median, and struck an oncoming car, killing its driver, a thirty-four-year-old African American woman. The long drawn-out legal case and charges of racial inequality in the insurance settlement fed Reed’s struggle to clarify her own culpability (or lack thereof) and the memories and guilt she would carry for the rest of her life. Twice in the book—first in the prologue (below) and again in the meat of the memoir—Reed paints an image she, and the reader, can never erase.

The air hung thick with humidity. But I could see through it. Lights. Red. Flashing. The lights of emergency vehicles, fire trucks, an ambulance. I could see them loading a bundle of white sheets onto a stretcher. A her, they had said. The bundle was a her. 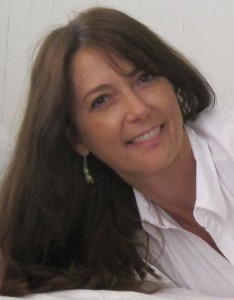 I love that the same woman who writes so honestly about her moral struggles with self-blame over a blameless tragedy brings that same candor to her essays about what she calls “bad girl syndrome.” Infidelity. Boob jobs. Women popping live goldfish in and out of their vaginas.

(Yes, these stories are in the ESSAY section of the book, which I found to be much more powerful than her SHORT STORIES.)

Reed doesn’t leave us in the lurch as to why she’s wired the way she is. In her essay, “Gnawing Through the Mask,” she says:

My own mother attempted suicide in her thirties. A few years later, I watched her, the most vanilla person I knew, a woman who didn’t yell and barely walked faster than a crawl, jump off our porch onto my aunt and promptly try to beat the hell out of her with an Avon bag. This was before Prozac and molecular biology. This was explained as dark rivers that sprang from even darker urges in the maternal line. The women, thirty, forty years ago, did what they could. They repressed. They denied. They fried a lot of chicken. In short, they coped. These were my ancestors.

In addition to Southern women, Reed claimed Eve as her ancestor. Or at least she identified with her temptation and transgression:

I wonder what temptation felt like to her. The first racing of the female heart. The first pumping of the first fluids. The first orders from the brain. The first seduction: pupil dilation, amplified hearing, the possibility of something better. I wasn’t there, but I know why Eve took the first bite. What I wonder is: did she take a second one?

Maybe you’ll disagree with me once you read this incredible book. Maybe you’ll like the short stories best. But one thing I promise you—you will embrace this woman and all the parts of yourself that you see in her stories.

Wendy Reed is my friend, and I loved her before I read these stories. Now I only love her more.

1 thought on “Writing on Wednesday: Mixed Media—The Bundle was a Her”