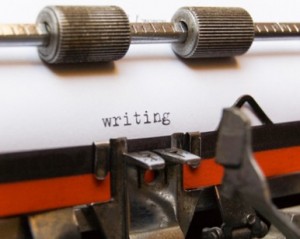 This is my third and final post about John Gardner’s book, On Becoming a Novelist.

If you missed the first two, you can read them here:

Writing on Wednesday: On Becoming a Novelist covered section (1) The Writer’s Nature.

I wrote about section (2) The Writer’s Training and Education and (3) Publication and Survival in my post , Winnie-the-Pooh on Wednesday. (You have to scroll down past the pictures of my granddaughters to get to the writing part.)

It really didn’t seem to me that this section was mostly about faith, although Gardner makes references to what he calls “the writing state—the state of inspiration” when the “fictive dream” springs up. And later in this section—after he spends most of the chapter talking about several ways to approach the writing of a novel—he returns to faith, saying it’s what the writer needs when he’s stuck:

“Have faith. First, recognize that the art of writing is immensely more difficult than the beginning writer may at first believe but in the end can be mastered by anyone willing to do the work…. Second, trust what works for other human activities will work for the activity of writing. Learning to ride a bicycle, one must learn to steer, learn to keep one’s balance, learn to push the pedals, learn to stop without falling—all separate processes requiring separate focuses of concentration. Eventually they become one process.” 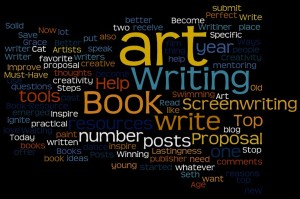 I thought this part was especially interesting, since he spent several pages describing the separate processes of laying down the first draft and then the tedious work of revision, similar to the process that Neil White describes in his lecture on “The Art and Craft” of writing.  But I do think Gardner shows ways to blend the processes even while initially drafting the novel.

But back to the faith part. Gardner asks, “Where does the writer get faith?” And then he gives 3 answers:

(3) Reading the work of favorite authors

I just got a copy of another of Gardner’s books on writing, The Art of Fiction, and I’m sure he’ll go into more detail there about the “how tos” that he touched on in this section of On Becoming a Novelist, so I won’t spend more time on that for now. Instead, since he titled this section, “Faith,” I’ll leave you with words of inspiration from the final page of the book. First, here’s his version of “If”:

“If you have taken the time to learn to write beautiful, rock-firm sentences, if you have mastered evocation of the vivid and continuous dream, if you are generous enough in your personal character to treat imaginary characters and readers fairly, if you have held on to your childhood virtues and have not settled for literary standards much lower than those of the fiction you admire, then the novel you write will eventually be, after the necessary labor of repeated revisions, a novel to be proud of, one that almost certainly someone, sooner or later, will be glad to publish.” 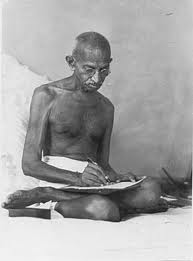 Talk about holding the writer’s feet to the fire. I think I’m going to print off that paragraph and tape it to my computer! And his final words of inspiration:

“Finally, the true novelist is the one who doesn’t quit. Novel-writing is not so much a profession as a yoga, or ‘way,’ an alternative to ordinary life-in-the-world. Its benefits are quasi-religious—a changed quality of mind and heart, satisfactions no non-novelist can understand—and its rigors generally bring no profit except to the spirit. For those who are authentically called to the profession, spiritual profits are enough.”