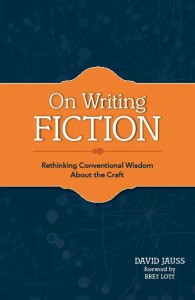 When I started writing my novel, Cherry Bomb, about five years ago, I decided to write it in present tense. Not sure why—maybe I had heard that it would give the story more immediacy, or maybe it was just a fad. Both of those and other reasons writers are choosing present tense these days are discussed in this article from Writer’s Digest, which is excerpted from On Writing Fiction by David Jauss.

Present tense seemed to be working fine for me until today. Today I finished re-structuring the novel (with suggestions from editors) so that most of the flashbacks have been removed and most of the book is now in chronological order. So, the childhood events of the two main characters are now in the early chapters of the novel, and they just sound wrong in present tense because, well, those characters are no longer children. I began to edit those early chapters—changing over to past tense—and suddenly it read better.

I got up and pulled several novels I like off one of my bookshelves to check the tense. All were written in past tense. And so I continued the tedious process of changing the tense in my novel, line after line. I only made it through a few chapters today, so it’s still a work in progress. And of course I’m doing more revising as I go. This part of writing isn’t fun, but it’s necessary to make the book better.

Another article I read (this one by a freelance novel editor) encourages the writer to take the reader into consideration when choosing the tense for a novel. She says that many MG (Middle Grade) and YA (Young Adult) readers like present tense because they’re used to it and it’s trendy for writers in those genres, but that most adult readers seem to prefer past tense. She also says that as an editor she sees far more mistakes in the writing in present tense novels than in those written in past tense. Present tense is just tricky. 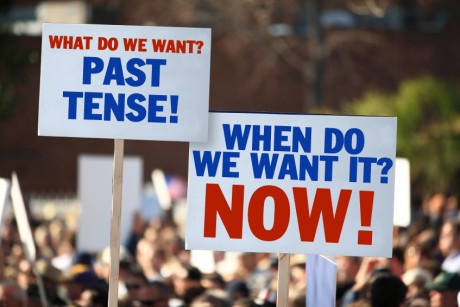 Now that I’m learning how much trouble it is to go back and change the tense of the entire novel once it’s written, my advice is to be absolutely sure you know which tense you want before you start! But of course writing—like most art—is a fluid activity, and sometimes you just have to learn by doing. So here I go… back to work.

1 thought on “Writing on Wednesday: Past Vs. Present Tense”