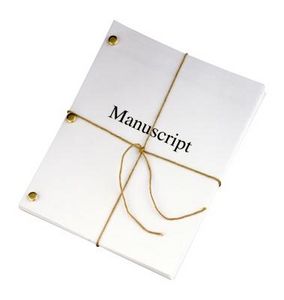 Before I get started, may I take a moment to celebrate another milestone? On Monday I sent off another major revision of my novel, Cherry Bomb, to the agent who has shown interest. I’ve worked with two editors at her recommendation, met with her in person in New York City in May, had the manuscript critiqued by several other authors and members of my writing group, and the latest version is now out of my hands. I’m doing a happy dance right now, although I know that there will probably be more work ahead. This revision was huge—I deleted one of the three main characters and two chapters of the book, removed most of the flashbacks and put the story in chronological order, changed the entire book from present to past tense, wrote two new chapters and did lots of other revisions. It feels like a much better book now. Can’t wait to hear what the agent thinks.

Anyway, when I sent the new manuscript to the agent I asked her a couple of questions that kept coming up with some of my early readers. Since it’s a work of fiction that contains both fictional and real historical characters, how much liberty should I take with those real people? Two of them (who have been dead for almost thirty years) kept their real names and about half of what happens to them in the book is true and the other half completely fictional. I changed the name of a third minor character (a well-known public figure who is still living) and most everything that happens to her in the novel is purely from my imagination—to serve the story. Some readers asked why I didn’t keep her real name. Others asked why I didn’t change the names of the other historical persons. Good questions, and I’m counting on the agent to have the answers, but I’d love to hear from you—my readers—if you have an opinion.

Meanwhile I’m still pondering those questions. I’ve read numerous books of “historical fiction”—some of which aim to stick with the facts as much as possible and others, which take great liberties with the lives of the real people who appear as characters in the book. I’m thinking of Hemingway’s Girl, The Girl With the Pearl Earring, The Women: A Novel (T. C. Boyle, about Frank Lloyd Wright’s wives and mistress) and others. The authors made up lots of stuff about the historical characters in these books. 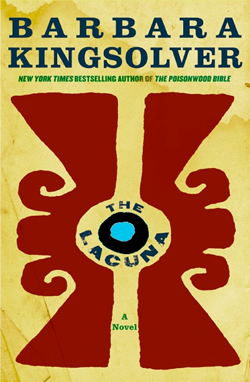 One of my writing group friends mentioned that readers of Barbara Kingsolver’s book, The Lacuna, would love Cherry Bomb.  I hadn’t read it so I immediately purchased it and packed it for my trip. (I’m in Denver for three weeks for the birth of our fourth grandchild.) But first I read this interview with Kingsolver, in which she is asked why she chose to include real-life people like Frida Kahlo and Diego Rivera in her book. And did she portray them accurately or take lots of liberties? Why did she include them? Kingsolver says:

Frida and Diego were among the most discussed and photographed people of their time, two of North America’s first artistic celebrities.  This novel is about, among other things, infamy and privacy, the role of the media in shaping public opinion, and its penchant for passing on gossip as news.  So this couple played directly into my hand.

And did she portray them accurately?

But their actions were limited to the strict confines of truth.  I feel strongly about that: other people’s lives are not mine to appropriate, so I was careful about plotting their every move, their tastes, and even a lot of their words directly from the historical record.  If Frida went into the hospital or Diego went to San Francisco on a certain date in 1936, that’s where they went in my novel.  I did not put them into bed with anyone they didn’t actually have affairs with.  Fortunately, that gave me plenty of options to choose from, as there were scandals galore.

I also recreated historical events in my novel—careful with dates and settings when doing so. But when it came to the scandals I took great liberties. And I made up entire events that never happened, because they enhance the story. It is a novel, after all. I don’t plan to call it “historical fiction.” Just fiction. Although I believe it contains the elements of historical fiction shown in this chart I found online.

Let me know your thoughts on taking these liberties with historical characters. I always love to hear from you.