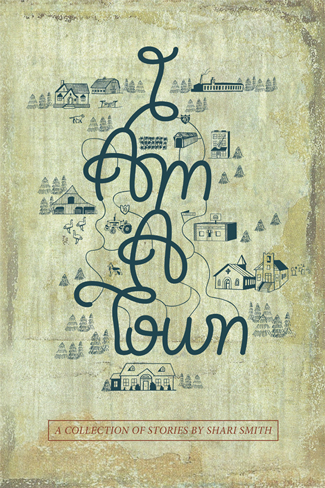 But she can also write. I’m talking about my friend, Shari Smith, author of a wonderful collection of stories called I Am a Town (River’s Edge Media, Little Rock, AR, 2014).  These colorful stories were birthed from the loin’s of Shari’s blog, “Gunpowder, Cowboy Boots and Mascara.” They tell the story of the loss of her house in a fire about four years ago, and the wonderful people of Claremont, North Carolina, who helped her salvage her life from the ashes. From the Prologue:

Jeff Bolick was manning a water hose. He likes to remind me how hard I fought the efforts of the rescue squad as they attempted to give me oxygen and wrap blankets around me. He likes to remind me that even in my darkest hour I can cuss a blue streak without batting an eye…. It’s quite a reputation when folks measure your mental health by how many swear words you can fling in a single sentence. I ought to be ashamed. 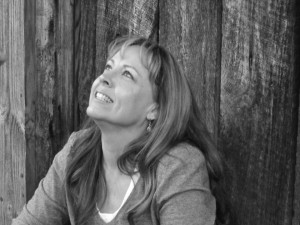 I met Shari just a few weeks before the fire. I was down in Fairhope, Alabama, for “Southern Writers Reading,” an event Shari helped publicize. I think we had a soul connection right away, and although I didn’t see her again until we became Facebook friends and started working on another project together—The Shoe Burnin’: Stories of Southern Soul—I did send money to help her after the fire. I couldn’t imagine what it was like to lose everything you own, just like that. But Shari helps me picture it:

Folks had been after Shari to publish these stories for quite some time. Prize-winning writers, songwriters, and musicians who once gathered on the deck of her hundred-year-old farm house. They all wanted the world to read about the Claremont Café and the boys at the Back Table. Ordinary people. War heroes. Artists. The daughter of a Tennessee daddy and a Midwestern mother “who never took to me,” Shari has made peace with her loss and used it to fuel her writing:

I found my fire. I reckon I needed one. I’m not even sorry for it if this is what I got; this town, these people, these writers, these music makers, these stories and the chance to write them, to do my best to honor who they are and what they have taught me, to cross the bridge, sometimes charred but never ablaze and give dignity to those who helped build it, and in doing so, built me, or at least, put me back together, to sing the praises, as long as it takes and as pretty as I can, of a community of millworkers and farmers and artists until everyone knows the song.

‘Another stupid trip to the beach, I reckon.’

Chris wouldn’t let me move the cabinet until we moved the antique clock, the one Joe wants to remain broken so it won’t chime. As Chris looked for a safe place to put the Regulator, Suzanne emerged from the bedroom …. As she picked up the candy dish, Chris, his arms full of a hundred-year-old clock, asked, ‘What’s in there, Suzanne?’

‘Your brother? In the candy dish?’

‘Yeah, the Mason jar, too, but that better suits him.’

On Saturday, some of Wilson’s friends are coming over to finish the wall of whiskey bottles cemented in his honor. Suzanne will empty the candy dish but not the Mason jar. She promised to take some of him back to Georgia where they were born. As she held up the ashes of her brother… Suzanne said, ‘He was just a little bitty thing. We’ve already thrown some of him out around the Whiskey Wall, but this is what’s left.’

And people ask me if I ever want to write fiction.

Whether you’d headed to the beach or the mountains for spring break or summer vacation, or just staying home, get a copy of I Am A Town and you’ll be instantly transported to a different—and wonderful—place.

5 thoughts on “Writing on Wednesday: The Girl Can Cuss”