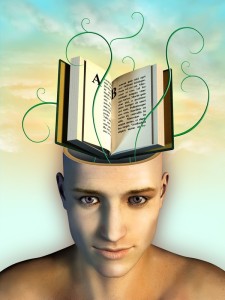 I am always thankful for friends who send me links to articles they know I would like. In an effort to cut my publications budget, a couple of years ago I discontinued my subscription to the New York Times. Here’s an example of what I’ve been missing. It was actually in the science section, so I might have missed it anyway.

Carl Zimmer’s piece from June 20, “This is Your Brain on Writing,” revealed some fascinating research being done in Germany. Dr. Martin Lotze scanned the brains of professionally trained writers and also of novice writers. He even figured out a way to scan them while they were writing. (You’ll have to read the article to learn more about that—it’s way too scientific for me to explain.) The most interesting finding, in my unscientific opinion, was the difference in the two groups of writers:

“I think both groups are using different strategies,” Dr. Lotze said. It’s possible that the novices are watching their stories like a film inside their heads, while the writers are narrating it with an inner voice. When the two groups started to write, another set of differences emerged. Deep inside the brains of expert writers, a region called the caudate nucleus became active. In the novices, the caudate nucleus was quiet. The caudate nucleus is a familiar part of the brain for scientists like Dr. Lotze who study expertise. It plays an essential role in the skill that comes with practice, including activities like board games.

The skill that comes with practice. Why is this a big deal? Writing—like other creative endeavors—can be learned. And the skill improves with practice. I’m sure there are exceptions to this… the rare individual who serves as a conduit for his “muse” and just watches the words flow effortlessly onto the page. But most of the successful writers I know have at least one thing in common: they practice their skill. They write every day. And rewrite. Over and over. 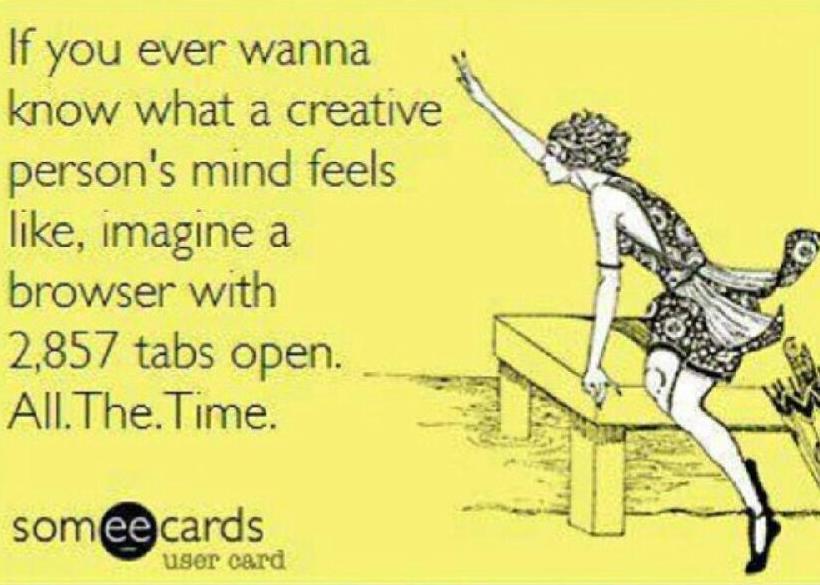 I love how Dr. Lotze said that the experienced writers are narrating their stores “with an inner voice.” Call that a muse, if you must. Getting in touch with one’s inner voice takes hard work, whether your goal is a creative endeavor like writing (or painting or creating music) or (and this comparison is strictly mine) even prayer. Monks who experience states of ecstasy in prayer have more than likely been hard at work in their spiritual practices for a long time before this ever happened.

Most researchers have their nay-sayers. In this case one of those is Steven Pinker, a Harvard psychologist, who called the study “a messy comparison”:

Dr. Pinker pointed out that the activity that Dr. Lotze saw during creative writing could be common to writing in general — or perhaps to any kind of thinking that requires more focus than copying. A better comparison would have been between writing a fictional story and writing an essay about some factual information. 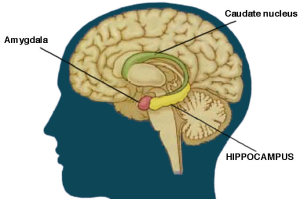 Point well taken, Dr. Pinker. My husband is a physician who does clinical trials on treatments for hypertension and diabetes. When he’s writing an article about the results of one of those trials (often for the New England Journal of Medicine or other scientific journals) his brain is definitely working differently than the way mine works while creating twists and turns in the plot of my novel about a graf artist who escapes from a religious cult. Both are creative endeavors, but I’m guessing our caudate nuclei and hippocampuses are marching to different beats. I’ll give Harvard the final word:

Dr. Pinker speculated that Marcel Proust might have activated the taste-perceiving regions of his brain when he recalled the flavor of a cookie. But another writer might rely more on sounds to evoke a time and place.

“Creativity is a perversely difficult thing to study,” he said.

1 thought on “Writing on Wednesday: The Writer’s Brain, or How Active is Your Caudate Nucleus?”