Last year when my novel CHERRY BOMB came out, one reviewer on Goodreads opened her review with these words:

This is being marketed as southern literary fiction, and it’s that, certainly. But if that’s not your genre, think of it as gritty YA and read it anyway. The young protagonist, Mare, is struggling with the effects of years of abuse, first in a religious cult, and then in a foster home. She runs away, takes to the streets, and finds the voice that her abusers had taken from her in spray paint and blank walls. 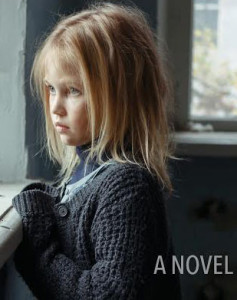 Gritty YA. I actually queried several agents who represent Young Adult fiction a few years ago for CHERRY BOMB, but I wasn’t completely settled on that market in my mind. YA readers seem to have gotten younger than the 12-18-year-old bracket traditionally thought of as Young Adult readers. There were fairly graphic scenes of sexual abuse and strong adult themes in the book, as well as a strong emphasis on religion and art. But the run-away orphan who throws up graffiti? Definitely a YA protagonist.

This morning I read an article in the balance, “Young Adult and New Adult Book Markets,” by Valerie Peterson that was interesting. Peterson’s research shows that although these books might be aimed at a younger audience, 70% of all YA titles are read by people ages 18-64. So even if CHERRY BOMB had been marketed as YA, hopefully my target audience would still be reading it.  But it was Peterson’s take on a newer genre that caught my attention—the growing NA (New Adult) books. Here’s some of what she has to say about NA:

A relatively new genre of fiction, New Adult emerged as a term in a 2009 contest by St. Martin’s. Filling the gap between Young Adult and Adult Fiction, NA’s target readers are between the ages of 18 and the mid-20s, times when new adults are first feeling independence and finding their place in the world…. New Adult subject matter is adult in theme but geared toward readers who (like the books’ protagonists) are encountering adult situations for the first time…. Often the setting for contemporary New Adult books is a college campus. Like those who read the books, the protagonists are away from home and the strictures of parents for the first time. They are exploring, testing their values, losing and trying on boundaries and stretching to discover themselves, their limits.

So much of this is true of CHERRY BOMB and its protagonist, Mare. Mare is a 12-year-old runaway at the beginning of the book, a 16-year-old living on the streets and throwing up graffiti and then attending the Southern College of Art and Design in the middle of the book, and 21 in the final chapter. There are sections that are rich with spiritual imagery and religious experiences—like when Mare goes to a monastery to learn to paint icons and encounters a miraculous weeping icon—and also scenes set in the world of abstract expressionist art. Whenever I give readings at bookstores, conferences, bookclubs, and library events, I take a quick scan of the audience to determine whether I should read scenes where Mare is sexually abused, where she is throwing up graffiti, in the classroom at SCAD, or in the chapel at the monastery. If the audience is older, I tend to read the sections at the monastery. If my listeners are younger, I go for the graffiti and ab ex scenes.

All of that to say that a new friend (Claire Fullerton, a Memphis native whose third book, MOURNING DOVE will be released soon) is helping me find my way through the nuances of Instagram and has encouraged me to look at CHERRY BOMB through the lens of YA readers. As soon as I tagged a recent post with #graffiti #YA #NA #YoungAdult I got a flurry of “likes” and new followers. Hopefully CHERRY BOMB will gain a bunch of new readers as a result! The people I know personally who have given it 5 STAR reviews on Amazon or Goodreads are between the ages of 36 and 83. Maybe I’ll start hearing from the younger crowd soon!

Oh, and speaking of Instagram, please drop in and follow me. I’m having fun checking out everyone’s photographs and making new friends over there, and I promise to follow you back! #writersofinstagram #authorsofinstagram #CherryBomb #graffiti #YA #NA