Like everyone else, I’ve been watching the horrific images of the devastation that Hurricane Harvey and the subsequent flooding are doing to the Houston area and be beyond. Before we had such immediate images available to us, tragedies that happened far away from our homes didn’t seem as real. Now we often feel that they are in our backyard, and we (hopefully) respond with greater empathy.

Of course the image of the people in the nursing home brought me to tears, especially since my mother was in a nursing home, helpless, in a wheelchair, for the last eight years of her life, so I could only imagine the emotional and physical toil it caused those elderly people to be trapped like that, watching the water rise up above their waists! 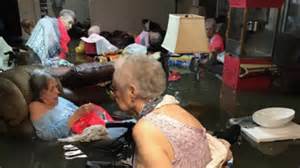 I’m not in a position to go and help out physically, but my husband I decided to contribute financially. Of course there are many options for doing this, and sometimes it’s hard to know which ones to trust, and which ones will be most efficient in delivering  your contribution directly to the people who need it most.
We are Orthodox Christians, and we decided to contribute through an organization known as IOCC—International Orthodox Christian Charities. Here’s a link explaining how they plan to help, with a button you can push to donate.

I’m off to Atlanta for the weekend, where I’ll be on a panel at the Decatur Book Festival at 3:45 Sunday afternoon for the book I edited, A SECOND BLOOMING: BECOMING THE WOMEN WE ARE MEANT TO BE, along with contributor Jessica Handler. The weather report looks good, thankfully, since this is the largest independent book festival in the country. But I’ll continue to think about and pray for the people who are suffering in Texas. Please join me.