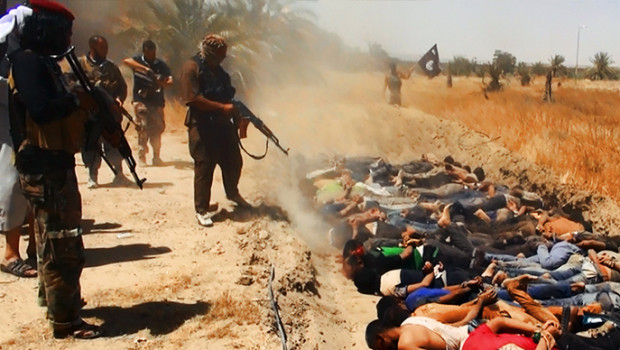 I couldn’t sleep last night. I turned out my light around 10:30. At 12:30 I was tired of tossing and turning, so I got up and went into the living room and read for two hours. At 2:30 I went back to bed. The last time I looked at the clock it was close to 4:00 a.m. My alarm went off at 7:30, and I awoke to that yucky nausea that comes from sleep deprivation. This morning I am considering the possible cause(s).

Caffeine. I’ve been drinking too much Coke, especially in the afternoon and evening. But usually my legs (restless leg syndrome) warn me when I’ve gone over my limit. It wasn’t my legs that were restless last night. It was my mind.

What was the last thing my mind focused on before bed last night? The images on the news—and from links on Facebook—of the genocide in Iraq. Watch this video from CNN about a Christian businessman from California who is calling on the U.S. to stop the “Christian Holocaust” in Iraq. ISIS is beheading children and putting their heads on sticks and displaying them in a park. They are raping the mothers and murdering the fathers.

Leave by Saturday or face three choices: Convert to Islam, pay a protection tax, or death by the sword.

300,000 Christians are fleeing Iraq, running for their lives to the hill country, where they have no food or water.

In this video an Iraqi woman says,

This is a crime against Iraq. Christians and Muslims, we’ve lived together as brothers for a long time. We just want peace and love.

Thousands of Aramean Christians have suffered beheadings, crucifixions and more. This article yesterday in the Orthodox Christian Network says:

The Nineveh plains are now emptied from its native Christians, who belong to the Syriac Orthodox, Syriac Catholic, Chaldean and Assyrian (Nestorian) churches in the region. This is the second region that has been emptied from its Aramean population for the first time in its millennia-old history. Thus, an ancient civilization, cultural heritage and population have been destroyed and erased from Iraq’s future.

Western governments and mainstream media have remained utterly silent and ignored the cries for help by the Arameans.

Yesterday I joined thousands of other Memphians in exercising my right to vote in our local elections, a freedom I often take for granted. What a contrast—watching the election results come in on the news, and then watching the horrible crimes against humanity happening in Iraq.

How can anyone sleep? What can we do? 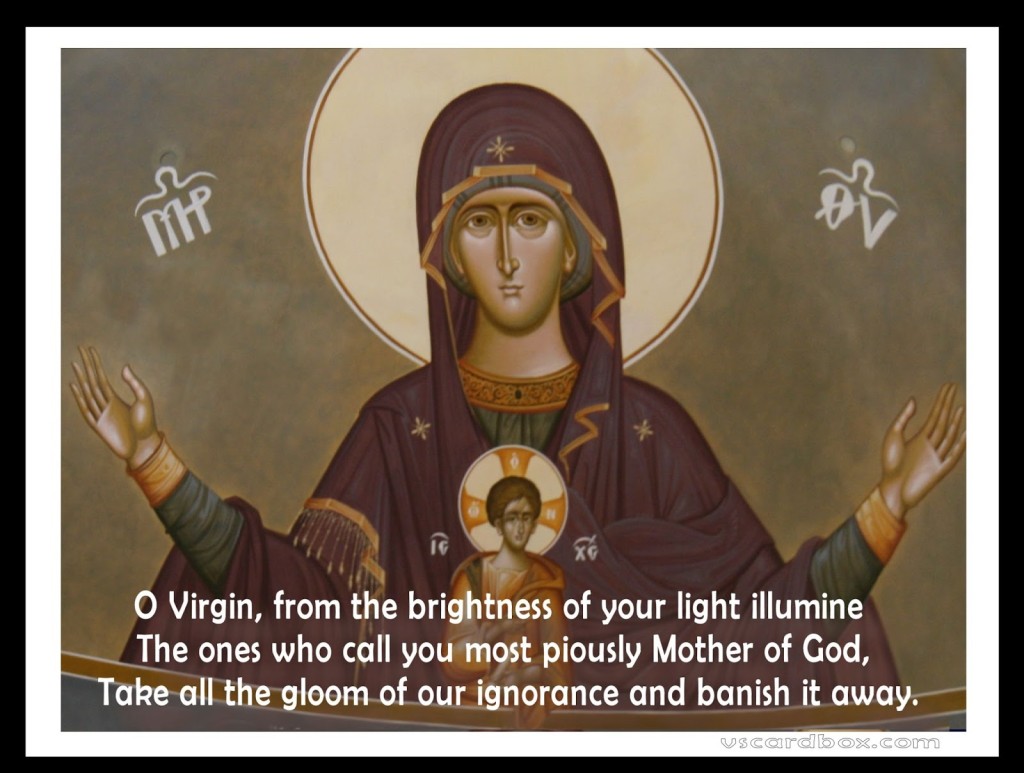 On a personal level, the main thing I plan to do is to pray. In my personal prayers at home. And I’ll join with my brothers and sisters in the Paraklesis (Intercessory)  Prayers to the Mother of God tonight at Saint John Orthodox Church here in Memphis. Here are some of the words we will pray together tonight, for ourselves, and especially for those suffering in Iraq. (You can watch the nuns at an Orthodox monastery chanting these prayers in this video.)

The turmoils of this life encircle me like unto bees about a honeycomb, O Virgin, and they have seized and now hold my heart captive, and I am pierced with the stings of afflictions, Maid; yet be, O all-holy one, my defender and helper and rescuer.

Preserve and save, O Theotokos, your servants from every danger; after God do all of us for refuge flee to you; you are a firm rampart and our protection.

With good will, look on me, O all-hymned Theotokos; behold my body’s grievous infirmity, and heal the cause of my soul’s sorrow.