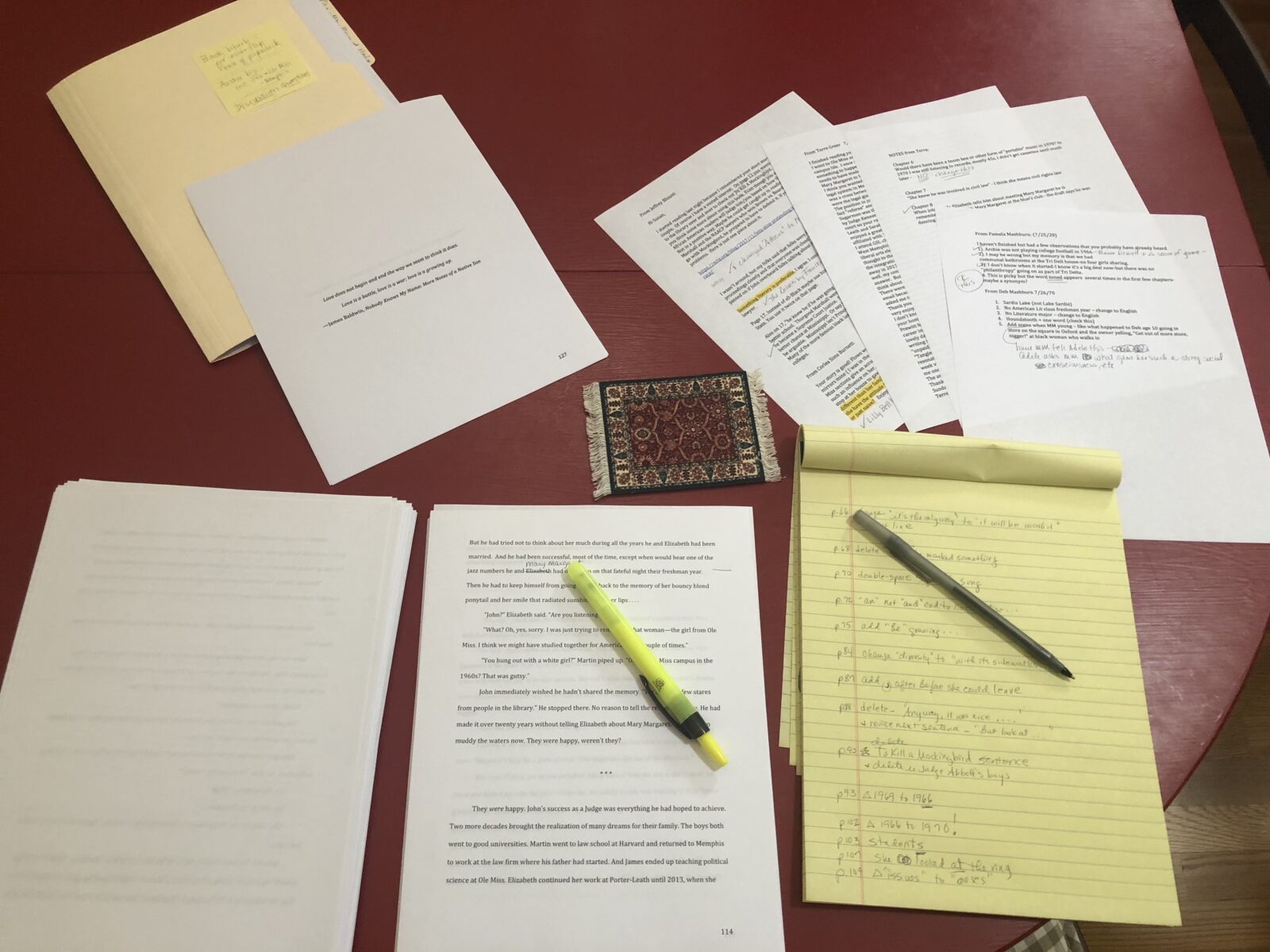 To Give Birth to a Book

I have recently finished the first draft of a novel. This is my seventh book and my second novel. My experience in writing each one has been completely different. What stands out most about my journey with this book is that I have written the first draft while isolated during an international health pandemic and major growing social unrest in our country as protests erupt nationwide over racial inequalities and brutalities.

The Crisis of the Ages

As Eudora Welty said in her wonderful book On Writing:

Every writer, like everybody else, thinks he’s living through the crisis of the ages. To write honestly and with all our powers is the least we can do, and the most.

So, yes, I do think I am living “through the crisis of the ages,” or at least the ages in which I have lived. I was not alive during either World War. I was not alive during the Great Depression. I did not live through the epidemics of smallpox, yellow fever, cholera, or typhoid fever. I was born in 1951, and in 1952 over 3,000 people died from polio in the U.S., but fortunately I received the vaccine at a young age. I was a young child and a teenager during the civil rights movement of the 1950s and 1960s, living in a white privilege bubble in Jackson, Mississippi during what was certainly the “crisis of the ages” for thousands of Blacks who continued to suffer inequalities and brutalities that should have disappeared with the Emancipation Proclamation.

And so during this time of isolation for many of us, I have birthed the first draft of a novel about a Black man and a white woman who fall in love on the Ole Miss campus in 1966. The story of John and Mary Margaret spans almost sixty years, and is set in three towns in Mississippi: Oxford, Jackson, and Olive Branch, and also in Memphis. I’ve learned so much doing research for this book. Although it is a work of fiction, I have purposed to stay as true as possible to each historic setting, event, and culture. As I begin working on revisions and edits, I am extremely grateful to the people who are helping me.

When a writer finishes a book, she often asks a number of people to read it and give her feedback from a reader’s point of view. These early readers are called “beta readers.” (There are actually several “levels” of this process that some authors follow. If you’re interested you can read more about it here.) For this book I asked about fourteen people to read it for feedback. They represent several categories, including: Black authors, lawyers in Memphis, women who were in my sorority at Ole Miss, other friends who went to Ole Miss, and natives of Memphis. I have already received incredibly valuable feedback and am working on revisions as I receive these notes each day.

John and Mary Margaret is definitely a southern saga. It is set in four locations:

There are 41 characters—38 fictional and 3 historic—in the book, which spans almost sixty years. That may seem like a lot, but if you think about the friends, family, colleagues, and acquaintances of four main characters it’s no really so much. I can’t wait for my readers to meet them all!