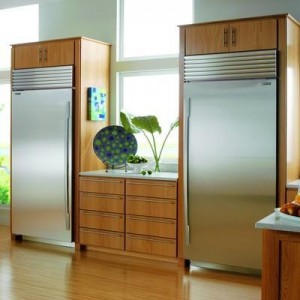 It’s a balancing act—working on a (fiction) novel and an (creative nonfiction) essay simultaneously. After reading Richard Gilbert’s blog post from Tuesday in “Narrative,” “Balancing Honesty and Artifice,” I’m wondering if it’s not a good idea to try to keep these two projects at a greater distance from each other. Maybe I even need separate computers—one for fiction and one for nonfiction—like Orthodox Jews who keep Kosher by using separate plates, utensils, and even sinks, refrigerators and dishwashers for preparing meat and dairy foods.

Gilbert talks about “monkeying around with the mess” he made by considering changes in structure in his memoir, specifically by “adding a fourth act to my memoir. I saw how it would break up the long second act, give readers a fresh resting place.”

His words reminded me of one of the things my freelance editor has suggested for the novel I’m currently revising. She said the plot falls flat in the middle. I need to pump up the action there. Possibly introduce another bad guy. In fact, change one of the “good” characters into a “bad” character to give the novel a much-needed lift midway through.

I like her suggestion, and I’m working on making those changes now. It’s fiction. I can do whatever I want wit 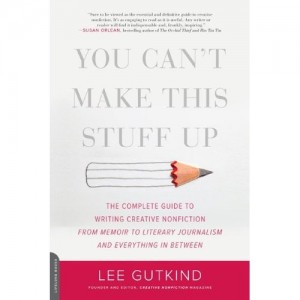 But when someone at the 2012 Yoknapatawpha Summer Writers Workshop this past June suggested that I make a similar change in my (nonfiction) essay, I was confused. He seemed to be suggesting that I add a scene–but it was a scene that actually didn’t happen. In his defense, I think he temporarily forgot it wasn’t fiction. As the creative nonfiction folks like to remind us, “You can’t make this stuff up.” I was left to find another way to “fix” what was lacking in the essay without being dishonest. (By the way, Lee Gutkind has a new book out on the subject: You Can’t Make this Stuff Up: The Complete Guide to Writing Creative Nonfiction–from Memoir to Literary Journalism and Everything in Between.)

Now that I’ve finished editing that essay and have sent it off to several literary journal contests, maybe I can shut down the creative nonfiction part of my brain for awhile and finish revising the novel. I don’t think I need separate computers to keep the genres straight. But I have thought about making a sign to hang by my computer–like one of those OPEN and CLOSED signs you see on the front doors of businesses–just to help me keep Kosher with my current project.