>A while back I did a post which was really a cry for help: “I Need a Hero!”

Today I’m writing to celebrate many such heroes who have arisen from the dust on several battle fronts.

First, the on-going saga within the Antiochian Orthodox Christian Archdiocese… of which my home parish here in Memphis, Saint John, is a member. There are several sites where you can catch up on the drama, but I’ll only list a couple here:

Owen White (a parishioner at St. John) blogs at Ochlophobist, and his recent post, “Concluding Unscientific Postscript to Convention Fragments” is excellent.

Voice of Orthodox Christian Unity has a post-convention report.

I’m sure there are many others, but I don’t want to get lengthy here. Instead I want to direct you to two audio links within Owen’s post-convention post, and the heroes highighted there:

First Hero: My Goddaughter, Sarah Hodges, (wish I had a better picture) courageously calling for a vote not to fund 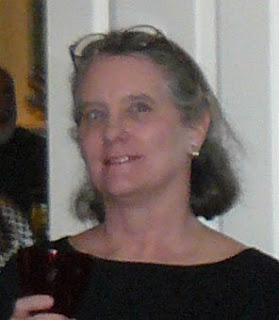 convicted sex offender, Bishop DIMITRI, during the Legal Committee meeting. Listen to it here. I listened to this over and over last night, and wept with pride for Sarah’s calm courage, but also with sadness for Metropolitan PHILIP and so many others who disrespected her publically. As Met. PHILIP tried to deflect the truth of Sarah’s efforts with stories about St. Paul and St. Mary Magdalene (comparing them with Bp. DIMITRI!) I pictured Mary Magdalene standing up to Pontius Pilate for his injust treatment of Christ. Sarah was a hero that day. Shame on Met. PHILIP and the other men and women who harassed her and by so doing disrespected our Church, our faith, and our Lord. 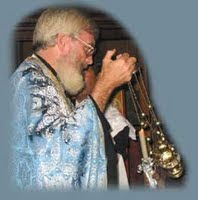 Second Hero: My spiritual father, the Archpriest John Troy Mashburn, who called for an immediate audit by a high profile CPA firm and further much needed actions during the Finance Committee meeting, and also Matt Spinolo, who stepped up to offer estimates for the cost of the audits. Both men were summarily dismissed by Met. PHILIP. You can listen to the proceedings here.

My heart is heavy with sadness over the narcissism that’s causing so much harm in our church. I don’t know how it will be resolved. All I can do is continue to pray and cling to Christ’s promise that the gates of hell will not prevail against His Church. (Matthew 16:18) And cheer for our heroes who are not afraid to speak up against corruption.

Mickey Hodges and Owen White are also my heroes, as they continue their labors to supply much-needed information to Orthodox Christians and the world about these happenings. And also to Orthodox attorney, Jack Turner, who traveled to the Convention prepared to read the police report on Bishop DIMITRI’s sexual assault on a woman in a gambling casino, but he wasn’t allowed to read it. Heroes, all of you. And yeah, I’m feeling a bit emotional, 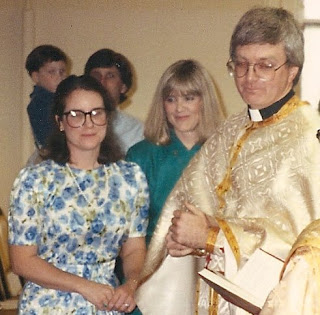 as I look back on the first 17 years of my marriage–my very bumpy journey to Orthodoxy–and then the next 22 years of being in the Orthodox Church, which has continued to be bumpy. Would I be anywhere else? No. Where would I go? Here I find God, especially in His heroes.

As I walked into my dining room to say my Morning Prayers today, my eyes fell on this photograph, taken in April of 1990. It’s me with two of my heroes: a much younger (and beardless!) Father John Troy with Sarah Hodges and me on the day of her Chrismation, almost 20 years ago. 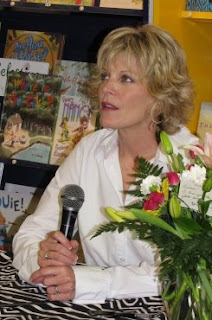 On a different front, Kim Michelle Richardson continues to step up as a hero, advocating for the rights of victims of abuse by clergy, and also for the rights of children without families. In this recent post on her web site, “The Unbreakable Child,” she stands up against the harm being caused by the movie, “Orphan,” recently released by Warner Brothers. Thanks for your continued courage and love, Kim!

This morning I sent emails to the CEO of Warner Brothers and a group of his execs, protesting the movie and encouraging them to consider producing movies which offer hope and healing for victims of abuse while also shedding light on the great need for good homes to help children heal after the loss of their birth parent(s). I encouraged them to consider Kim’s story, “The Unbreakable Child.” I’d be first in line for a ticket.

If you’re interested in writing to these folks at Warner Brothers, send me an email and I’ll give you their contact information. You might be thinking it’s futile, but what if everyone had that response to the evil they saw around them? Maybe together our voices will be heard.