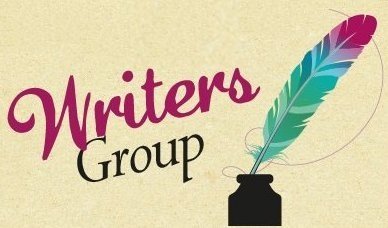 At the invitation of the wonderful folks at Kirby Pines Senior Living in Memphis, I was invited to lead a Creative Writing Group earlier this year. Once we saw that Covid_19 wasn’t going away any time soon, the group decided to invite me into their “bubble” of about 20 people. We began our meetings in July, and this past Monday was our fourth meeting. I am so blessed to have these wonderful new friends, and to learn about their lives and experience their writing.

One thing I love about this group is that so many of them have visited or lived in other places. Reading excerpts from their memoirs every month is like traveling the world. I have learned so much about places like Japan, Germany, and New Zealand, and I’m also enjoying the stories set in Tennessee and other places in the U.S. Of course setting is important in writing—whether the stories are true (memoir) or imaginary (short stories and novels)—so we spend a good bit of time talking about the importance of details to show the setting of their stories.

One delightful short story that surprised me this month was “Superman Was Adopted.” Using a smart literary device, the author surprised us all by revealing at the end that “Pete,” the narrator of the story, is the author’s pet Boston Terrier! When we were critiquing this piece during our meeting on Monday, it was fun to learn than Genenne, the author, had sought out help from John, another member of the group, when she was writing the story. John’s novels are about middle grade boys, and I’m not sure what advice he gave Genenne, but I sure thought that “Pete” was a little boy until the end of her story! I love the community and friendships these people have at Kirby Pines.

We spend most of each meeting doing oral critiques of the manuscripts that have been turned in earlier, so that everyone has had a chance to read then before our meeting. I’m excited to see how much more vocal the members are getting each month. For example, on Monday, I told the author who is writing about a very difficult event her family endured that I didn’t think her memoir excerpt showed enough emotion. I wanted her to write more about how she felt and reacted to the trauma and difficulties she had experienced. She just nodded her head as I said this and made some notes on her manuscript. But when I asked the group if they agreed, three people quickly spoke up and said, “no!” They all said they cried when they read Barbara’s piece and they felt her emotion very strongly. Granted, they know her and care about her as a friend, so their empathy goes beyond a manuscript critique session. But I told Barbara to listen to them—that their voices were as important or more important than mine. This is how a writing group works together to make each person’s writing better.

One member, Tom, turned in a historic fiction short story called “The Duel.” It is set in France at the time of Napoleon. His writing blew me away. It is exceptional in setting, character development, and story line, and includes a wonderful surprise ending. Tom has not been published yet, so I put him in touch with a friend who has published dozens of short stories for help with places to send his story. Fingers crossed that it will be published! Tom is finishing up a novel now, so I hope we will get to read and critique chapters soon. I don’t think he realizes how talented he is.

Grammar Can Be Fun

During our meetings in July, August, and September, I gave a brief “craft talk” before we began critiquing manuscripts. These have included, “Notes on Critiquing Manuscripts,” “Active vs. Passive Voice,” “Metaphor and Simile,” and “Memoir vs. Memoirs.” I have encouraged the group not to be too concerned with grammar and punctuation and manuscript formatting (although I’ve mentioned those things) in our group—that our focus is on the story, the characters, the setting, the voice, the dialogue, and other elements of prose. I didn’t want to take up more time with another craft talk at our meeting this week (we had over a dozen manuscripts to critique!) so instead I just gave them a handout. I saw this on Facebook and can’t find a source for it to cite here, but it’s so funny that I have to share it. The title is simply, “Grammar Can Be Fun.” Enjoy!

• An Oxford comma walks into a bar, where it spends the evening watching the television, getting drunk, and smoking cigars.

• A dangling participle walks into a bar. Enjoying a cocktail and chatting with the bartender, the evening passes pleasantly.

• A bar was walked into by the passive voice.

• An oxymoron walked into a bar, and the silence was deafening.

• A malapropism walks into a bar, looking for all intensive purposes like a wolf in cheap clothing, muttering epitaphs and casting dispersions on his magnificent other, who takes him for granite.

• Hyperbole totally rips into this insane bar and absolutely destroys everything.

• A question mark walks into a bar?

• A non sequitur walks into a bar. In a strong wind, even turkeys can fly.

• Papyrus and Comic Sans walk into a bar. The bartender says, “Get out — we don’t serve your type.”

• A mixed metaphor walks into a bar, seeing the handwriting on the wall but hoping to nip it in the bud.

• A comma splice walks into a bar, it has a drink and then leaves.

• Three intransitive verbs walk into a bar. They sit. They converse. They depart.

• A synonym strolls into a tavern.

• At the end of the day, a cliché walks into a bar — fresh as a daisy, cute as a button, and sharp as a tack.

• A run-on sentence walks into a bar it starts flirting. With a cute little sentence fragment.

• A figure of speech literally walks into a bar and ends up getting figuratively hammered.

• An allusion walks into a bar, despite the fact that alcohol is its Achilles heel.

• The subjunctive would have walked into a bar, had it only known.

• A misplaced modifier walks into a bar owned by a man with a glass eye named Ralph.

• The past, present, and future walked into a bar. It was tense.

• A verb walks into a bar, sees a beautiful noun, and suggests they conjugate. The noun declines.

• A simile walks into a bar, as parched as a desert.

• A gerund and an infinitive walk into a bar, drinking to forget.

I’ve already received four manuscripts (maximum 10 pages each) for our November critique session, and I’m sure I’ll have many more before the meeting. These four include excerpts from two memoirs and one novel, and one essay. Leading this group may be the most fun and rewarding thing I’ve ever done. Flo, who is in her nineties, tells me she is now writing four hours a day. And she bought her first computer and has learned Word! She is my inspiration!