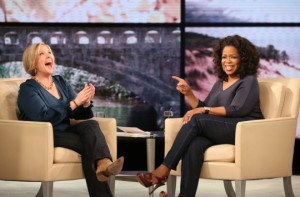 Yesterday morning a friend texted me to let me know that Brené Brown was on Super Soul Sunday on the OWN channel, being interviewed by Oprah. This friend and I had both read Brown’s book, Daring Greatly, last year, and she knew I’d want to watch.

If you’re not familiar with Brown, you can catch up on my blog posts about her here:

What I was reminded by watching the show yesterday morning is how lethal shame is. As Brown defines it, shame is

the intensely painful feeling that we are unworthy of love and belonging.

She reminded us that shame can’t survive empathy. That it needs secrecy, silence and judgment in order to grow in our lives. Those are all things that we so easily provide ourselves, or receive from others.

What I heard from Brown that was new was how important it is to choose the right people to share your shame stories with. Otherwise their response can cause more damage. So, who do we share with?

Share with people who have earned the right to hear your story. 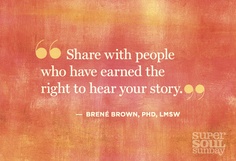 Sometimes this is a trial-and-error thing. Have you ever shared a shame story with someone and their response made you feel worse rather than better? When that happens, I pretty quickly throw up a boundary and won’t go there again. But when that person offers empathy without judgment, the shame can’t undo me. They help me remember the difference between shame and guilt. Yes, I am guilty of doing something stupid, or harmful, something bad and maybe even illegal. But I am not stupid or bad. I am a person who made a mistake.

This past week I had a difficult time with food. One day I got caught in the old cycle of binging and purging, something I hadn’t done in awhile. Of course I felt awful about myself. I felt shame. But when I shared it with someone I could trust, and they responded with empathy rather than judgment, I immediately felt better. The shame lost its power over me.

As Brown said on the show:

Shame is highly correlated with addiction, depression, eating disorders, violence, bullying and aggression. People who are able to change the self-talk and believe it have far better outcomes in all of these measures. 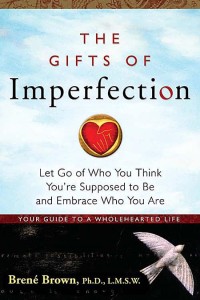 Brown talked about her second book, The Gifts of Imperfection, and I immediately ordered it. She said more about this difference in guilt and shame. Instead of saying to ourselves, “I’m such an idiot!” we should learn to say “I did something stupid.” For those of us who have struggled with this most of our lives, this will take some work.

My friend called after the show was over and we discussed the wonderful things that Brown  shared. We both feel that we benefit from her wisdom, but have a hard time keeping it in our minds as we move forward. We need a way to remember every day to change the self-talk. I’m going to start with a sticky note on my computer. Or maybe I’ll print off this quote and tape it up where I can see it. 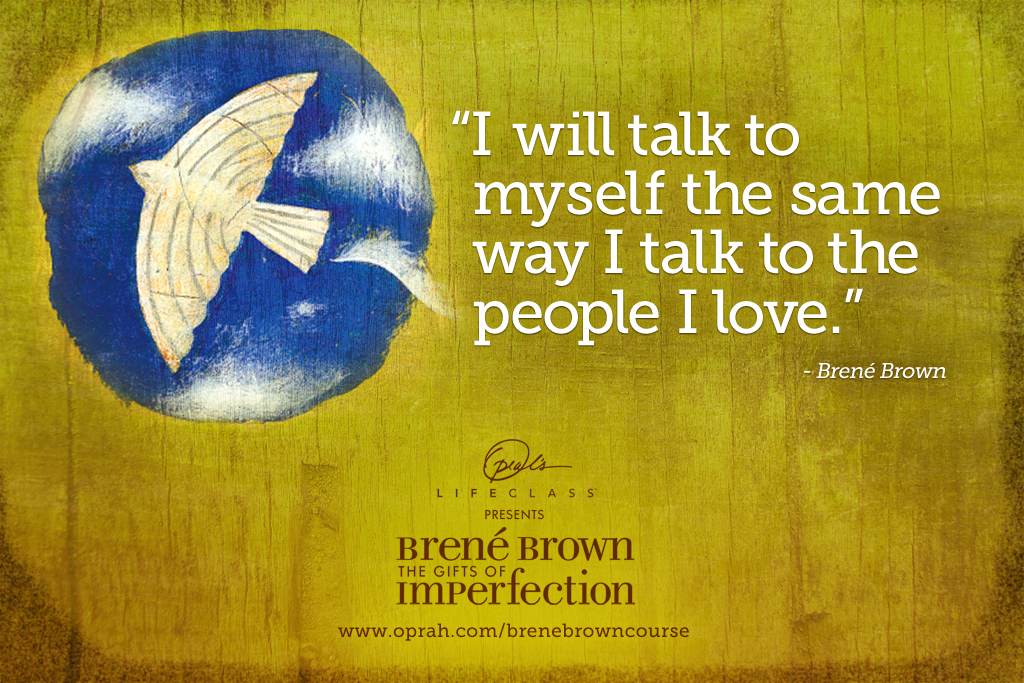