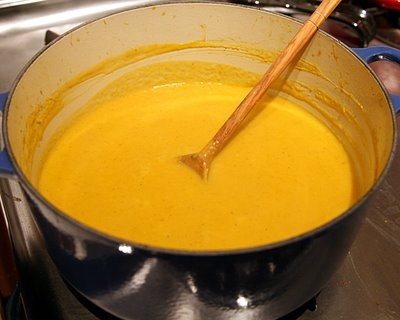 I had invited a number of people to my house for a special event, which included lunch. About thirty minutes before they were to arrive, I finished moving the furniture around, setting the tables, and putting out fresh flowers on each table. The house looked warm and welcoming, and I was excited about the event. And then it hit me: I had forgotten to make the soup!

I was supposed to make the butternut squash soup the night before and keep it in the fridge to warm up for our lunch. It would take much longer than thirty minutes to prepare the soup with the fresh squash I had purchased earlier in the week. Panic-stricken, I scurried about my pantry and fridge looking for something else I could serve my guests. Nada. Checking the clock one more time, I decided I should hurry to the neighborhood grocery and pick up something from the deli. But what if someone arrived while I was gone?

And then my alarm went off.

I’ve been told at numerous writing workshops to never begin a book this way—with the protag having some exciting or stressful adventure to hook the reader and then suddenly she wakes up and it’s only a dream. It’s considered cliché. But I’m breaking that rule for today’s blog post because it’s Monday morning and I’m happy-tired from the wonderful week I just spent with my kids and grandkids in Denver and this is the mental material that’s easily available to me right now. 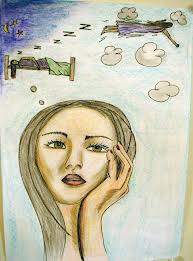 I’ve always had active dreams. But I only began to pay attention to them about fifteen years ago when a friend shared a bit with me about how to interpret them. Since the 1970s, “dream work” has become more and more popular, so there’s plenty of lay material available for those who want to learn more. I even attended a dream work group a couple of times, but it didn’t hold my attention the way I thought it might.

Freud said that the content of dreams is often related to wish fulfillment.  More often than not, I really don’t know what to do with the interpretation. Dream expert G. William Domhoff says:

…unless you find your dreams fun, intellectually interesting, or artistically inspiring, then feel free to forget your dreams.

My husband never pays attention to his dreams and usually forgets them immediately, if he remembers them at all. I think that’s partly because he embraces the Orthodox Christian view of dreams as something to be wary of, because demons can lead one astray through dreams. As Elder Ieronymos of Aegina says:

It is better for us not to believe in dreams at all, because many have gone astray on their account. There are three kinds of dreams: those from God, those from our thoughts, and those from the enemy. If they are from God and we don’t believe them, God does not take offense, because we don’t believe them out of fear, lest we be led into deception…. If the dreams are from God, they bring calm; if they are from the enemy, they bring turmoil. Beware of deceptions. Better to protect ourselves and not believe anything outside of what our Church teaches.

(You can read more about why many Orthodox are wary of dream work in this article by Father GeorgeKonstantopoulos.)

I’ve never been very obedient to such warnings, possibly because I’m usually curious, searching, and open to new things. Or new ways of seeing old things.

September 17 was the feast day of Saint Sophia in the Orthodox Church. She’s the patron saint of my Goddaughter, Sophie Mansour. Yesterday after Liturgy, I walked with Sophie up to the balcony at St. John where the large icon of Saint Sophia and her three daughters, Faith, Hope and Love, hangs on the back wall. We venerated the icon together, and then I prayed that Saint Sophia would protect Sophie all her days, and that she would give her courage and wisdom.

Courage because living a life true to the Faith is difficult in any society. Sophie’s mother is from Iraq and her father is Syrian, so their family knows firsthand the suffering of the people in the Middle East. But even here in America, we often suffer if we stand firm for what we believe. 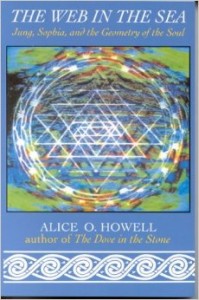 Wisdom because Sophia is a female name derived from σοφία, the Greek word for “Wisdom.” The name was used to represent the personification of wisdom. My friend Sally Thomason loaned me a book called The Web in the Sea: Jung, Sophia, and the Geometry of the Soul, by Alice O. Howell, which I’m enjoying skimming right now. I say skimming because I’m not up for a closer read but I’m gleaning a few nuggets. Like this one:

Behind every event in our lives is a purpose, and it is up to us to discover it. This means paying attention.

I don’t know if Howell meant paying attention to our dreams, but I suppose I’ll continue to at least give them a few minutes of thought upon waking. Maybe it will help me learn more about myself and grow into the person I’m meant to be. If not, I’ll at least gain some awareness.

2 thoughts on “Mental Health Monday: I Forgot to Make the Soup!”